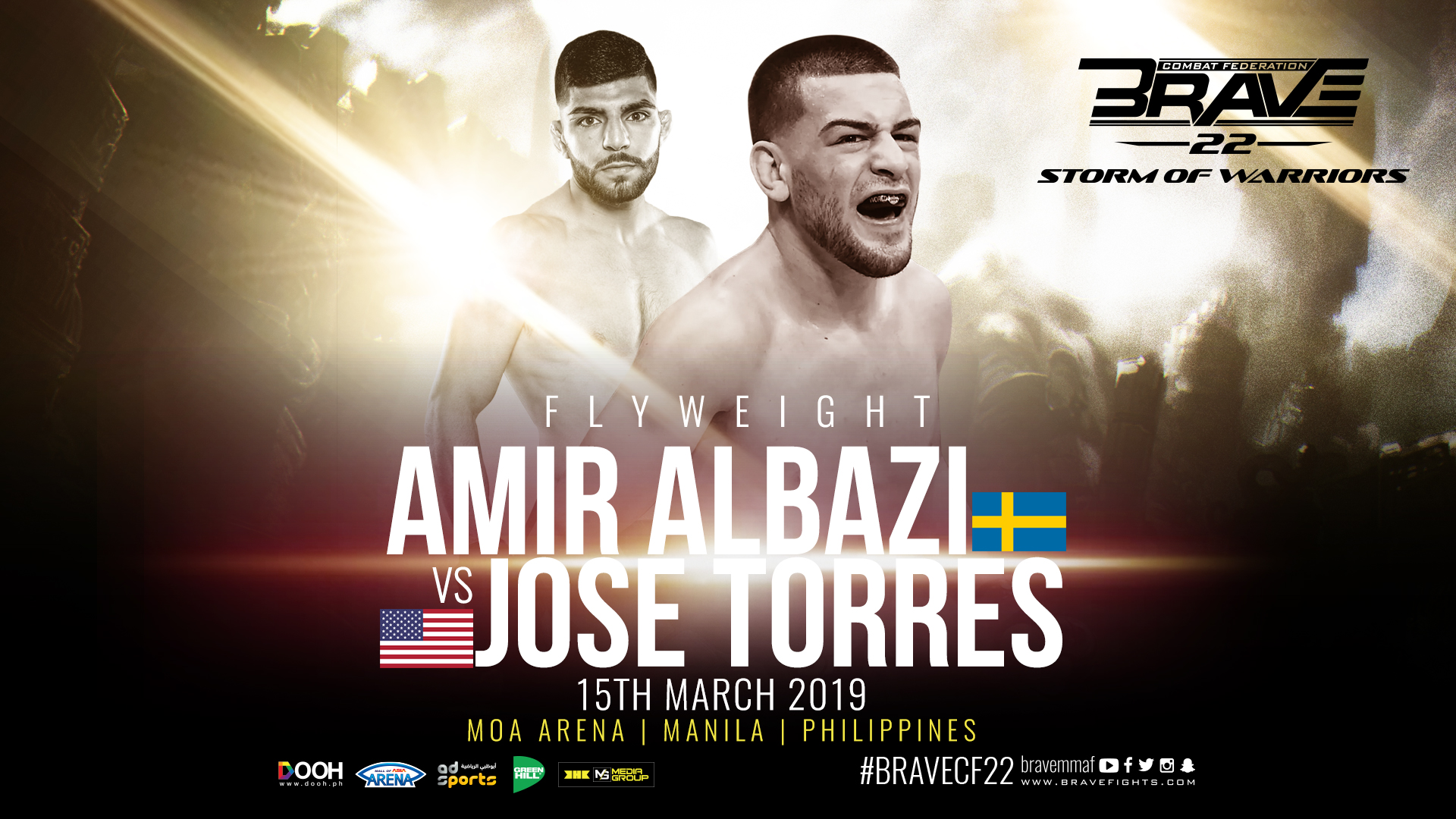 Newly-signed Brave contender Jose “Shorty” Torres has signed on for his first fight in his new home. The American wrestler will take on Sweden’s Amir Albazi in a Flyweight bout at Brave 22, set for the Mall of Asia Arena, in Manila, Philippines, on March 15th.
Torres has a long-standing association with Brave Combat Federation and KHK MMA, having commentated in the first-ever Brave show and trained in the royal gym in the past. He’s a former amateur world champion and two-weight champion with previous promotions.
“I’m excited about my debut. I want to be a two-weight world champion with Brave too. Hopefully, I can get a title shot after this fight and become the first-ever Flyweight champ for Brave”, said Torres, in an interview with “The MMA Hour”.
He takes on a big challenge in Albazi. Undefeated with 11 career victorious in as many outings and fighting out of the famous London Shootfighters, in England, “The Prince” will also be making his promotional debut in the Philippines. He hasn’t fought since May of last year.
“It’s going to be 11-0 against 8-1, so in theory, my opponent has a better record than I have. I’m excited because there are no slouches in Brave, everyone is going for that inaugural belt, for the chance of being the first Flyweight champ and I’m looking at that too”, commented “Shorty”.
Brave 22 will be headlined by a Bantamweight title fight between current divisional champion Stephen Loman and former Featherweight titleholder Elias Boudegzdame. It will mark the first time Brave Combat Federation has visited the Philippines.