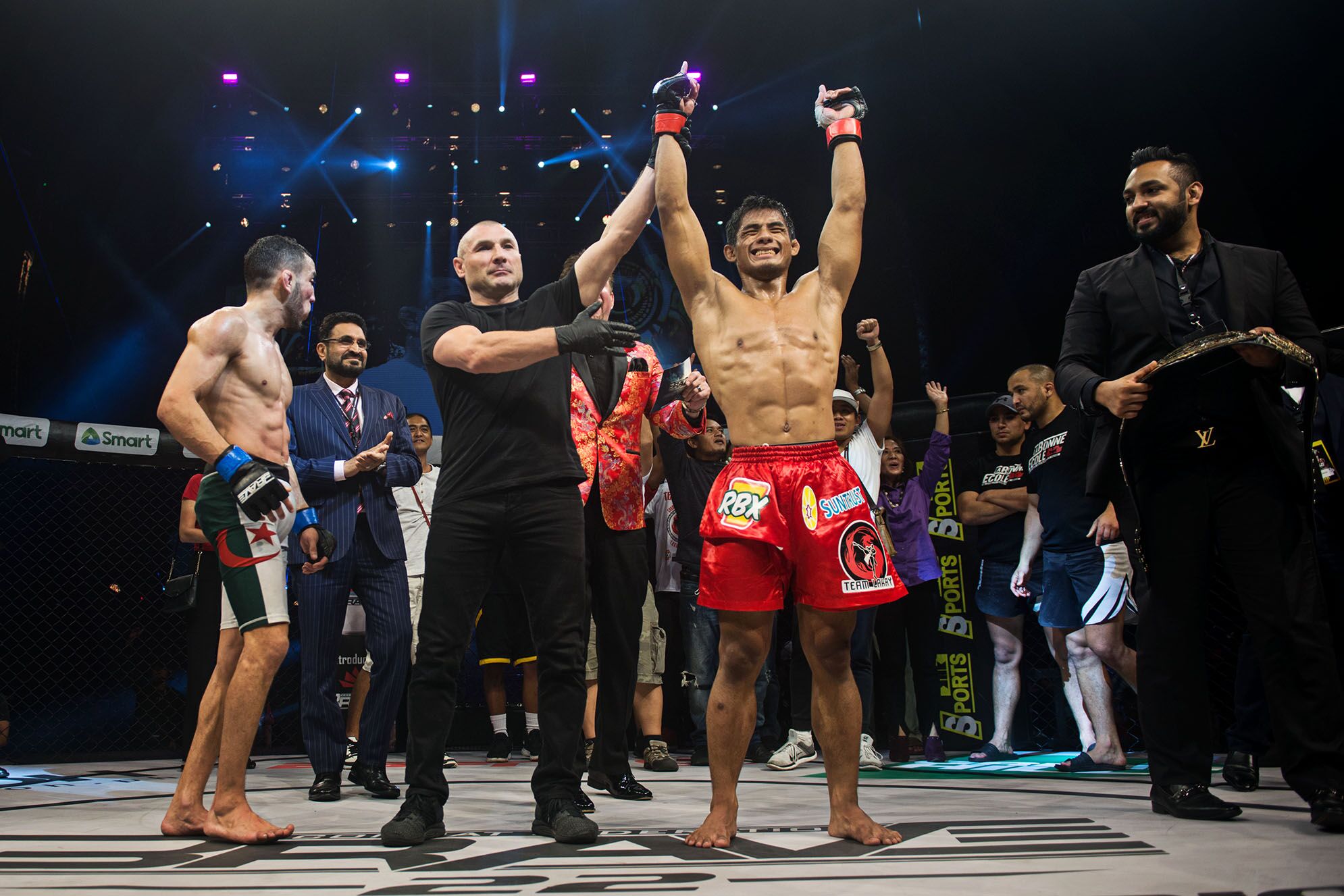 Brave Combat Federation’s debut in the Philippines was one to remember for the country’s fighters, as six Filipino warriors came out victorious from Brave 22: Storm of Warriors. Bantamweight champion Stephen Loman put on a masterful performance by knocking out challenger Elias Boudegzdame in the main event and became the only Brave champion to defend his crown three times in a row. The victory was dedicated to his uncle, who passed away during the final stages of his training camp.
“I would like to dedicate this fight to my family and teammates. But was also to my uncle, who passed away this month. This was for him, definitely”, said the champ.
Loman established himself early on as the superior striker, investing in body shots and confusing Boudegzdame with his southpaw stance. The challenger was able to get the champ’s back briefly during the first round but wasn’t able to keep up with “The Sniper” in the stand-up department.
After using push kicks and straight lefts to the body throughout the first three frames, Loman stepped up and started connecting with uppercuts, and ending those up with overhands, one of which sent Boudegzdame to the canvas. The champ swarmed in and the referee had no choice but to waive the bout.
In the co-main event, a very even match saw John Brewin take a razor-thin decision over Cian Cowley. The Irishman was able to connect well with hard leg kicks in the first round, but the Kiwi fighter adjusted for the second and third frames, investing in the clinch and tiring Cowley with pressure from his wrestling. Two judges saw the fight going to Brewin, who made a tribute to his country after the horrible attacks earlier today. 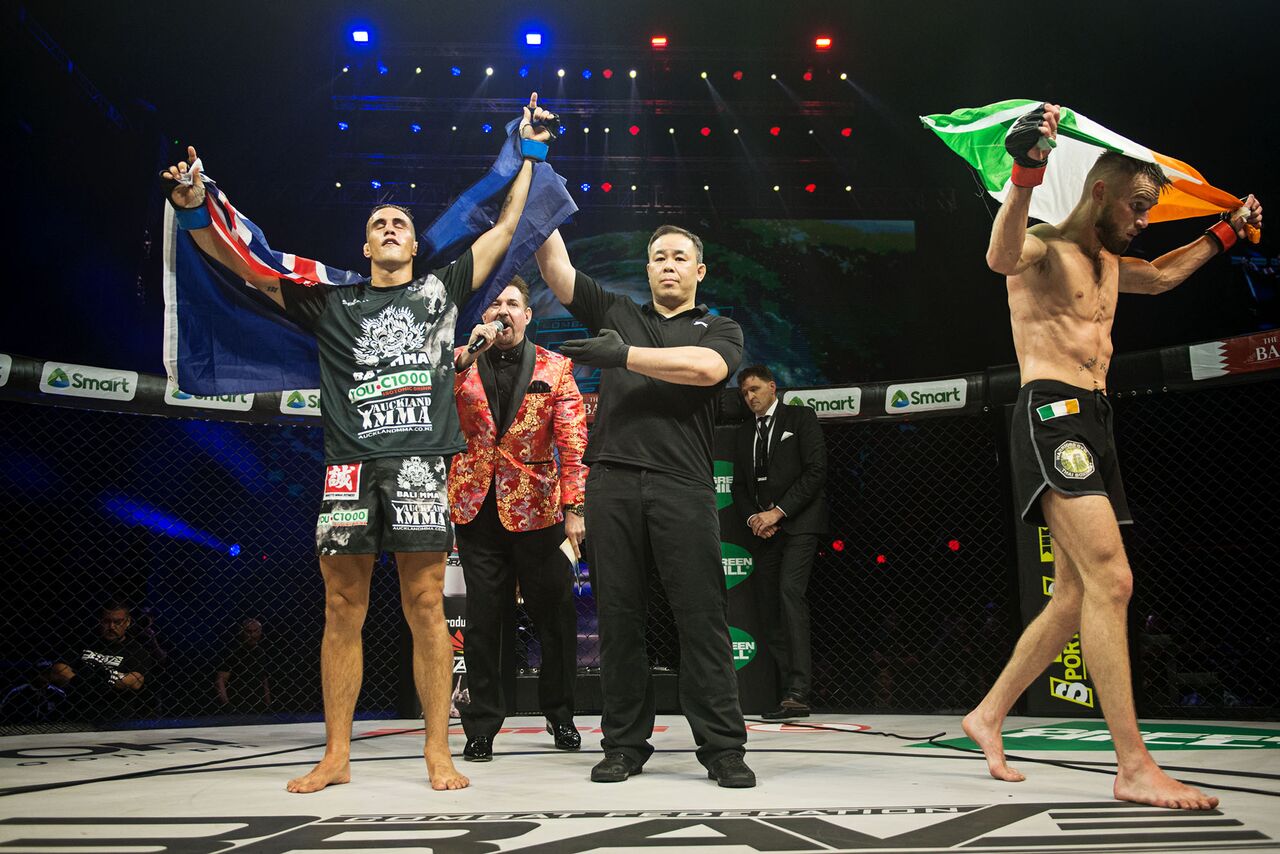