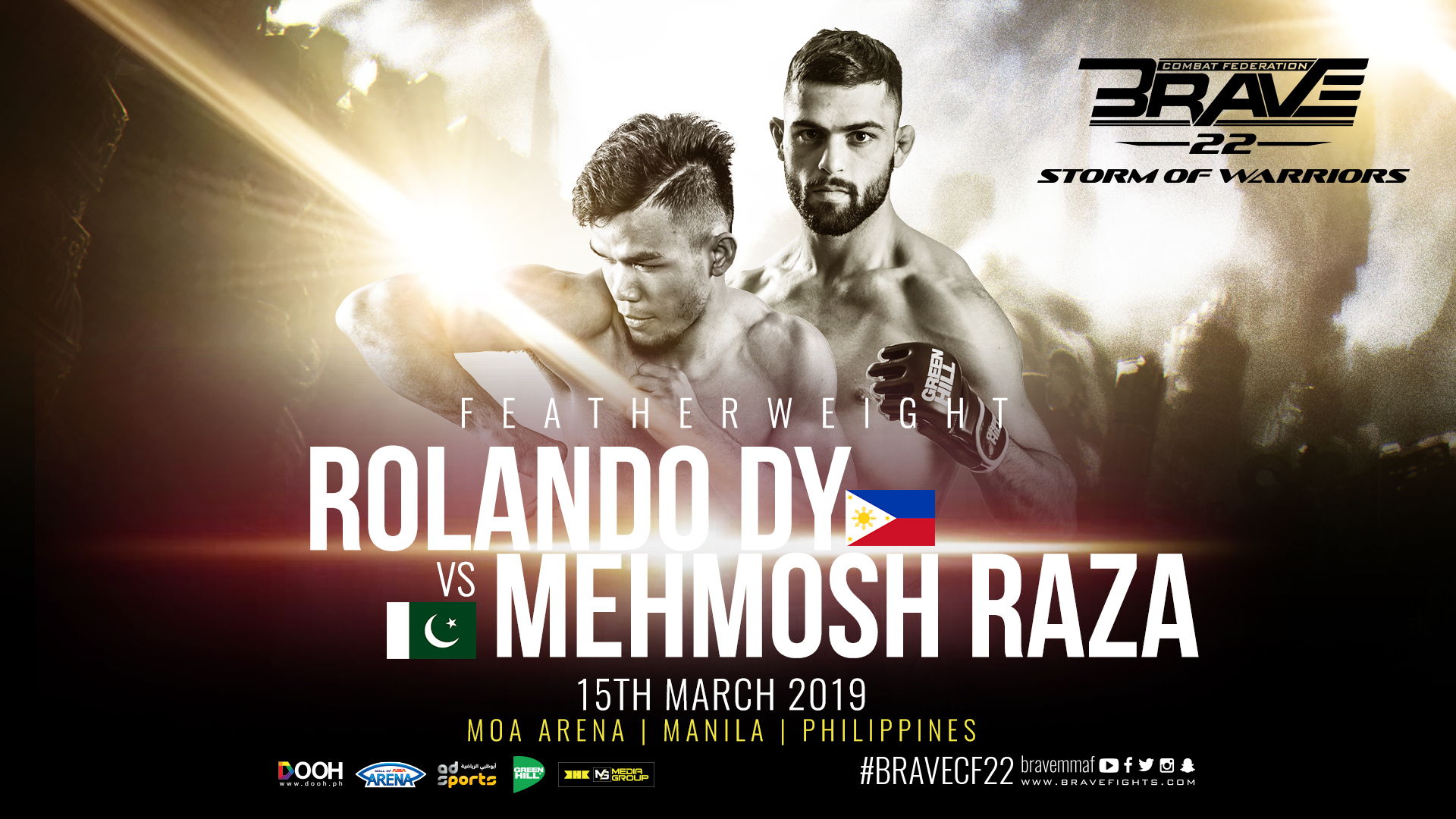 Rolando Gabriel Dy is back to Brave Combat Federation after a 5-fight run with the UFC. “The Incredible” is set to make his return at home, during Brave’s debut in the Philippines, on March 15th. His opponent will be Pakistani powerhouse Mehmosh Reza. Brave officials have confirmed the bout today.
Son of boxing world champion Rolando Navarrete, Rolando Dy has a professional record of 10 wins and 7 losses. His last appearance in Brave CF set an exotic record: the fastest No Contest in the history of the promotion. At Brave 5, in 2017, Dy and his opponent Nelson Paes clashed heads within the first seconds of their fight and the bout was then stopped without a winner.
After the episode, Rolando signed with the UFC and had 5 fights with USA-based promotion. His best result was a win over Wuliji Buren in Shanghai, China.
Dy’s opponent in his Brave CF comeback will be one of the hottest prospects in Asia: Pakistan’s Mehmosh Reza. With an explosive personality and fight-style, Reza made waves in the only truly global MMA promotion with his debut last October.
In only 23 seconds, “The Renegade” submitted another Filipino fighter, Arben Escayo. The result granted him the “Performance of the Night” award for Brave 17: Pakistan. Since then, Mehmosh, who holds a 9-3 professional record, has been linked with a return to the Brave cage.
Rolando Dy vs Mehmosh Reza will join another huge local vs foreigner clash in Brave 22’s fight card. In the main event of the evening, Bantamweight world champion Stephen Loman puts his title on the line for the third time against the former Featherweight kingpin Elias “Smile” Boudegzdame.
Brave 22: Storm of Warriors take place on March 15, at the Mall of Asia Arena, in Manila, Philippines. The event will be the first one promoted in the country by Brave Combat Federation, the premier Bahrain-based organization founded by His Highness Sheikh Khalid bin Hamad Al Khalifa.

Previous articleUFC: Marlon Moraes shoots down talk of Cejudo vs Dillashaw 2, claims next BW title shot
Next articleVanessa Hanson One of the hottest UFC Octagirl