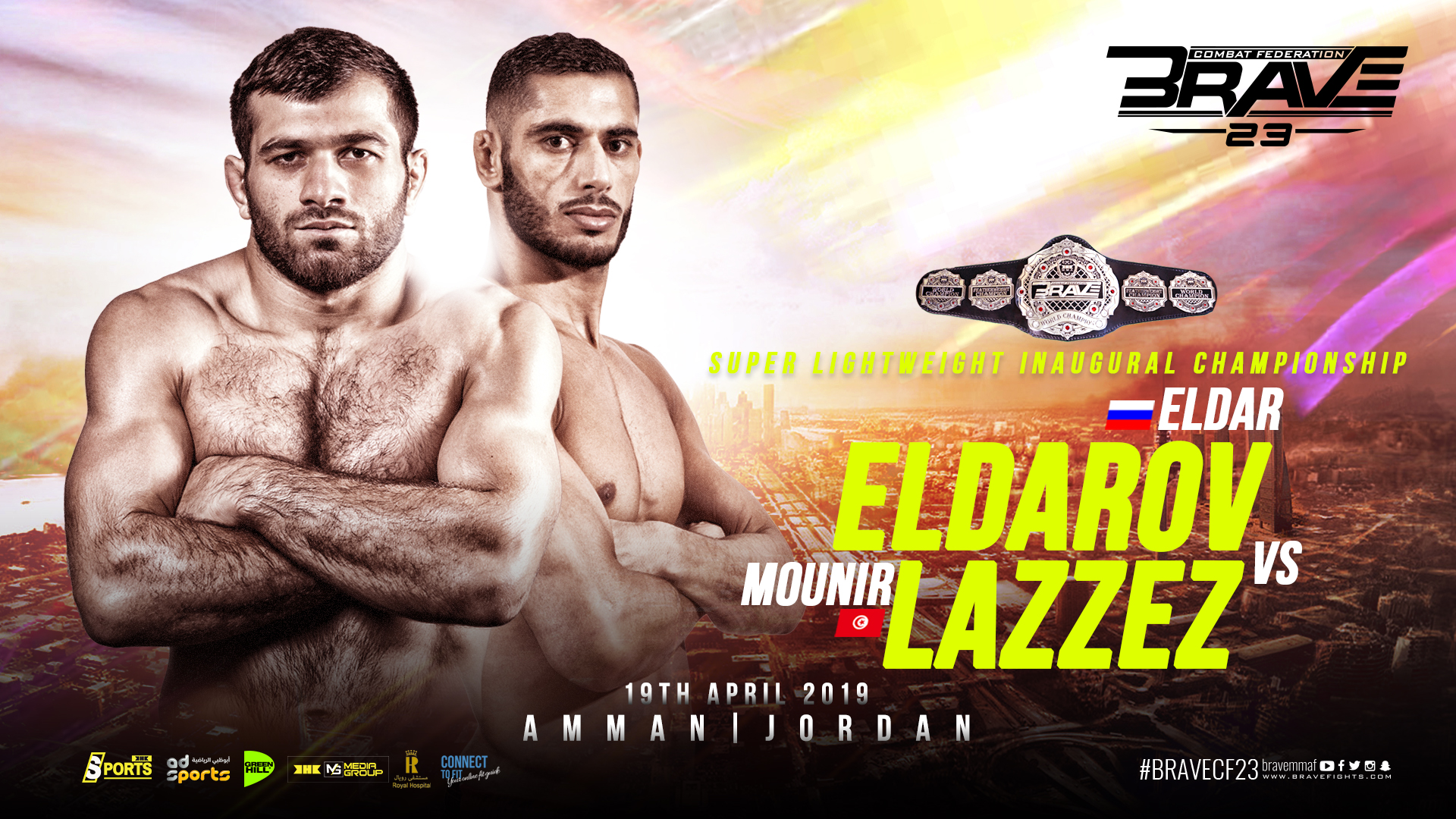 Less than two months after announcing the creation of a new weight class, Super Lightweight, up to 74.8 kg, Brave Combat Federation has confirmed the fight that will not only inaugurate the new category but crown its first ever champion: Eldar Eldarov and Mounir Lazzez will fight for the new belt at Brave 23, set for April 19th, in Amman, Jordan.

Eldar Eldarov has been consistently one of the top contenders in both Lightweight and Welterweight during his run under the Brave Combat Federation banner, remaining undefeated in the promotion. The Dagestani powerhouse boasts a professional record of 10 wins and only loss — during his early days to his longtime friend and fellow teammate Khabib Nurmagomedov.
At the other side of the cage will be a man who arrived at Brave Combat Federation making waves. Tunisia’s Mounir Lazzez made his long-awaited debut last September and didn’t disappoint the fans. In a fight that was arguably the best of the year 2018, Lazzez defeated Sweden’s Dmitrijs Homjakovs in an instant-classic to keep his perfect professional run and improve his pro record to 7-0.
Eldar Eldarov vs Mounir Lazzez is the third title fight announced for Brave 23, a record-tie number for the Jordanian event. Before that, Brave CF has confirmed that local champions and Jordanian heroes Jarrah Al-Selawe (Welterweight) and Abdul-Kareem Al-Selwady (Lightweight) will defend their titles against Abdoul Abdouraguimov and Luan Santiago, respectively.
Brave 23 will take place in Amman, Jordan, in April 2019. The event will be the second visit of the Bahrain-based promotion to the country, less than 14 months after the successful debut with Brave 10.