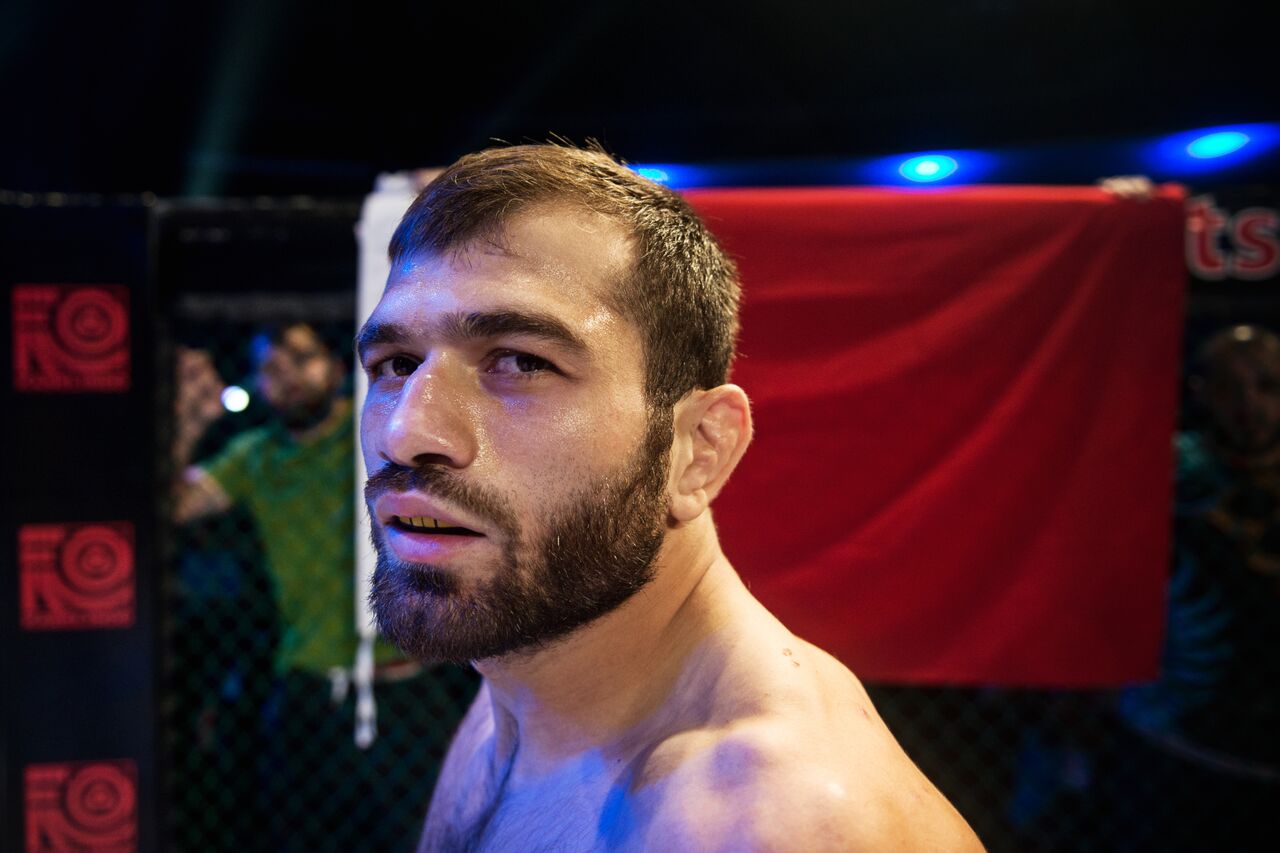 Eldar Eldarov x Mounir Lazzez is gearing up to be one of Brave Combat Federation’s most anticipated bouts in history. The biggest promotion in the Middle East returns to Jordan on April 19th for Brave 23, and the rivals will meet for the first time inside the Brave Arena for the Super Lightweight title, after years of brewing rivalry.
After Eldarov revealed he called out Lazzez more than four years ago, “The Sniper” fired back, creating a lot of buzz on social media with fans and teammates of both men. The Tunisian striker, who’s undefeated in his professional career, said he was going to ruin Eldarov’s night in Amman, and the Bahraini wrestler has now responded.

In a part of Mounir’s response, he said he would like to shake Eldarov’s hands after beating him. The KHK MMA representative then responded that he was more than willing to shake hands, but under one condition.
“Will definitely shake hands (after the fight), but (only) if you’re awake”, wrote Eldar, implying he’s going in to finish Mounir.
Brave 23 marks the second time Brave CF will organize an event in Jordan. In the main event, Jarrah Al-Selawe will put his Welterweight title on the line for the first time when he meets undefeated Abdoul Abdouraguimov. Also set for fight night is the first defense of Abdul-Kareem Al-Selwady’s throne. The Lightweight kingpin will take on top contender Luan “Miau” Santiago.
Brave 23 takes place at Al Hussein Youth City, Martyr Rashid Al-Ziyoud Hall (Boxing Arena), in cooperation with the Royal Hospital, and will have the City Mall as the show’s official entertainment partner.