BRAVE 27: stars Aliskerov and Fakhreddine to clash at Middleweight 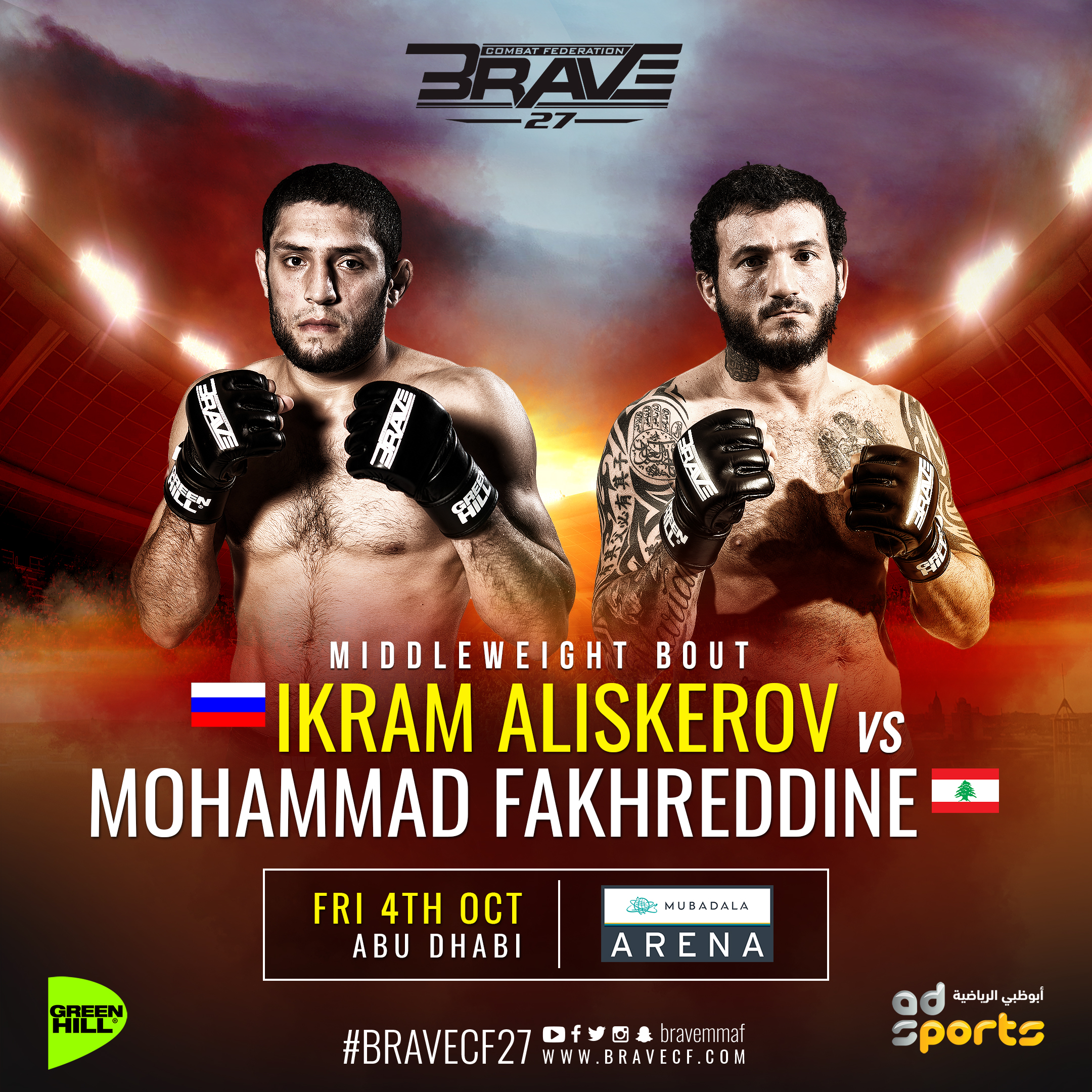 BRAVE Combat Federation’s return to Abu Dhabi has a new and very explosive fight, as Ikram Aliskerov will return to Middleweight to face off against returning Mohammad Fakhreddine in what promises to be one of the best match-ups of BRAVE 27, which marks the third time BRAVE CF will travel to Abu Dhabi in as many years.
Aliskerov started off his BRAVE CF career with five straight wins, including victories over the likes of Jeremy Smith, Chad Hanekom, and Geraldo “Luan Santana”, the last of which took place in his Welterweight debut. His next bout in the division, however, marked the first professional loss as Ikram was knocked out by Khamzat Chimaev at BRAVE 23, in Jordan last April.

Now, he goes back up to Middleweight to face one of Middle East’s MMA heroes in Fakhreddine. “The Latest” is a BRAVE CF veteran, and was first slated to be the main event of BRAVE Combat Federation’s first-ever event, before pulling out with an injury. “Fakhro” finally fought inside the BRAVE Arena against Vinicius Cruz, knocking out the Brazilian at BRAVE 4, the first show in Abu Dhabi, back in March of 2017.
After that, he was scheduled to fight for the inaugural Welterweight title, but fell ill on the eve of weigh-ins, being replaced by eventual champion Carlston Harris. He moved on from the title picture by developing a rivalry with Tahar Hadbi, and lost the second fight with the Frenchman, after a No Contest in their first meeting. His last BRAVE CF fight was against Gadzhimusa Gaziev and Fakhreddine ended up losing by KO.
BRAVE 27 will be headlined by a world title fight as reigning Welterweight champion Abdoul Abdouraguimov grants former titleholder Jarrah Al-Selawe an immediate rematch after a close fight between both men back in Jordan, at BRAVE 23. Further bouts will be announced in the coming days as BRAVE CF gears up to give more international exposure to the local talents in the MENA region.

Previous articleBen Askren on Conor McGregor: His best days are behind him!
Next articleGSP hails Nick Diaz; says he could have beat Tyron Woodley for the UFC title