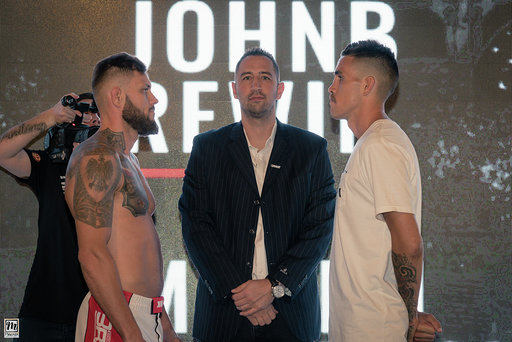 BRAVE Combat Federation’s debut in Eastern Europe is getting closer as the fighters involved in the BRAVE CF 28 fight card have all successfully made weight and are ready to move on to fight night. In the main event, John Brewin and Maciej Gierszewski confirmed their Lightweight bout as both men tipped the scales in the division’s limit.
When asked what fans could expect from fight night, both men were eager to point out they were expecting a “war” and were hoping to put on a show for the Romanian crowd, as BRAVE CF 28 lands in Bucharest for the first time.

Previous articleUFC: Kelvin Gastelum offers no excuses and apologises for UFC 244 performance against Darren Till
Next articleBRAVE CF’s return to India confirmed with a blockbuster card to follow