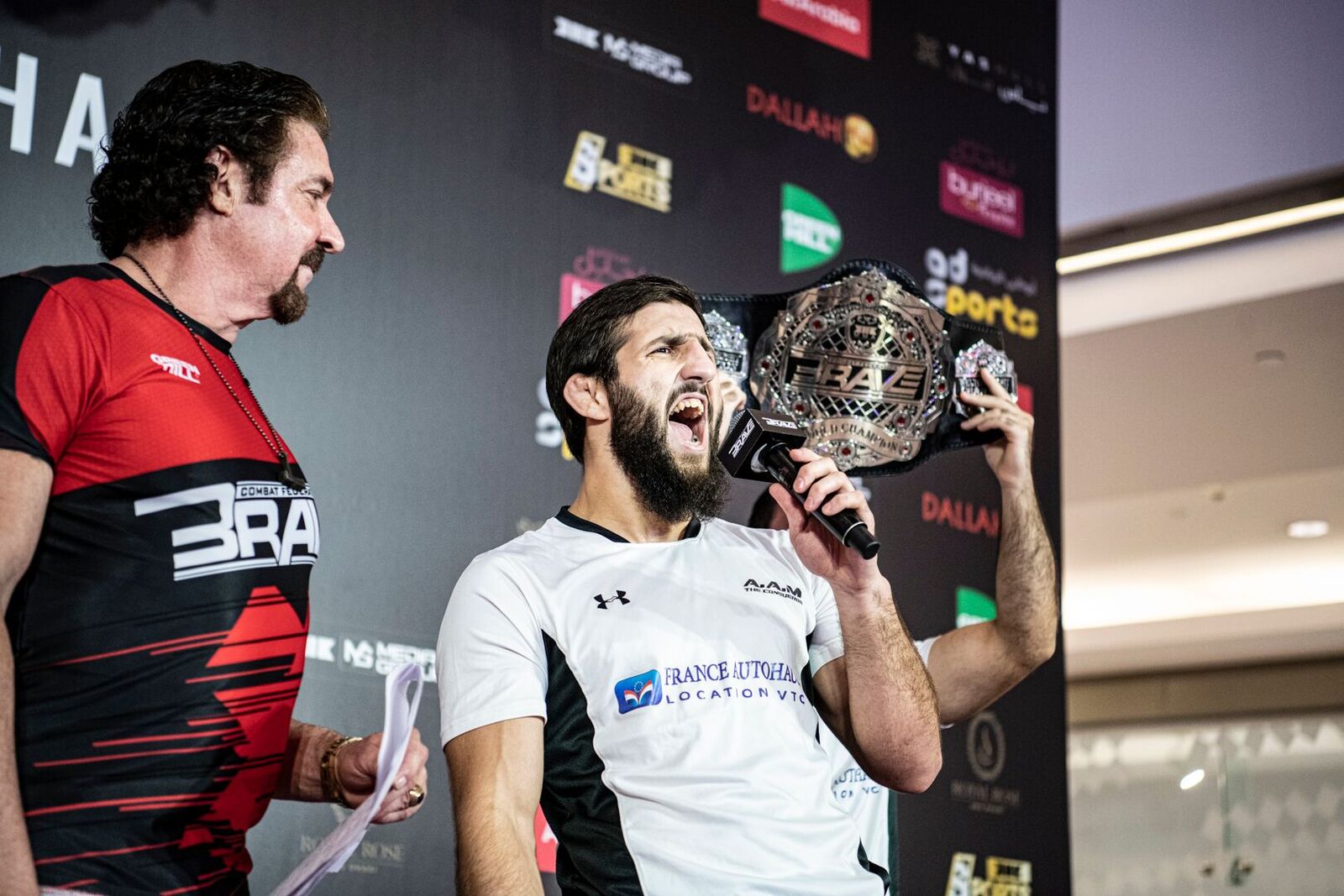 Usually a calm and discreet figure throughout fight week, BRAVE CF Welterweight world champion Abdoul Abdouraguimov came out of his shell during the BRAVE CF 27 Open Workouts, which took place last Wednesday at the Yas Mall, ahead of BRAVE CF 27.

Abdoul was the main attraction of the evening, as he specifically asked the DJ to put on Bee Gees’ “Stayin’ Alive” while he gave the fans a sneak peek of his grappling abilities, as well as his flexibility. The champ put on a show with fellow teammates and training under the watchful eye of his opponent, former titleholder Jarrah Al-Selawe, who had trained earlier. 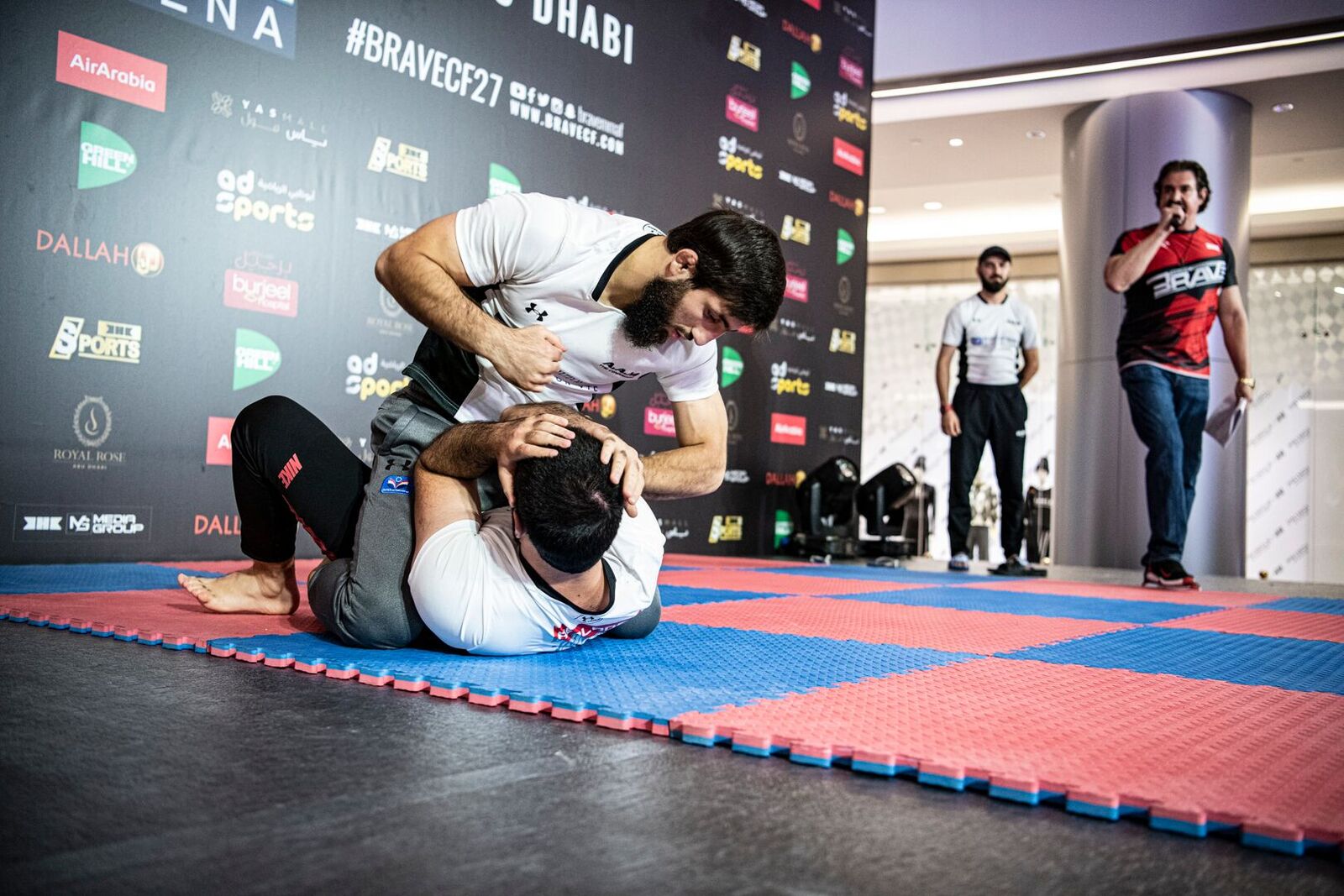 “The Conqueror” talked directly to the fans and asked everyone to tune in on Friday night as he makes his first title defense against the man he beat to get the coveted BRAVE CF Welterweight belt.

“I know some people feel he won the first fight, and that is why I need to go out there and finish him now. I hope to stay as champion and I will do my best to finish Jarrah this time, and leave no doubt that I’m the rightful champion. Abu Dhabi, are you ready for me?”, shouted Abdouraguimov from the top of his lungs to the delight of the crowd present.

BRAVE CF 27 takes place this Friday, October 4th, at the Mubadala Arena, as the fastest-growing MMA organization in the world makes its comeback to the Middle East after shows in England, Brazil, and Colombia. The event will showcase the top Arab MMA fighters facing off against some of the biggest international stars.