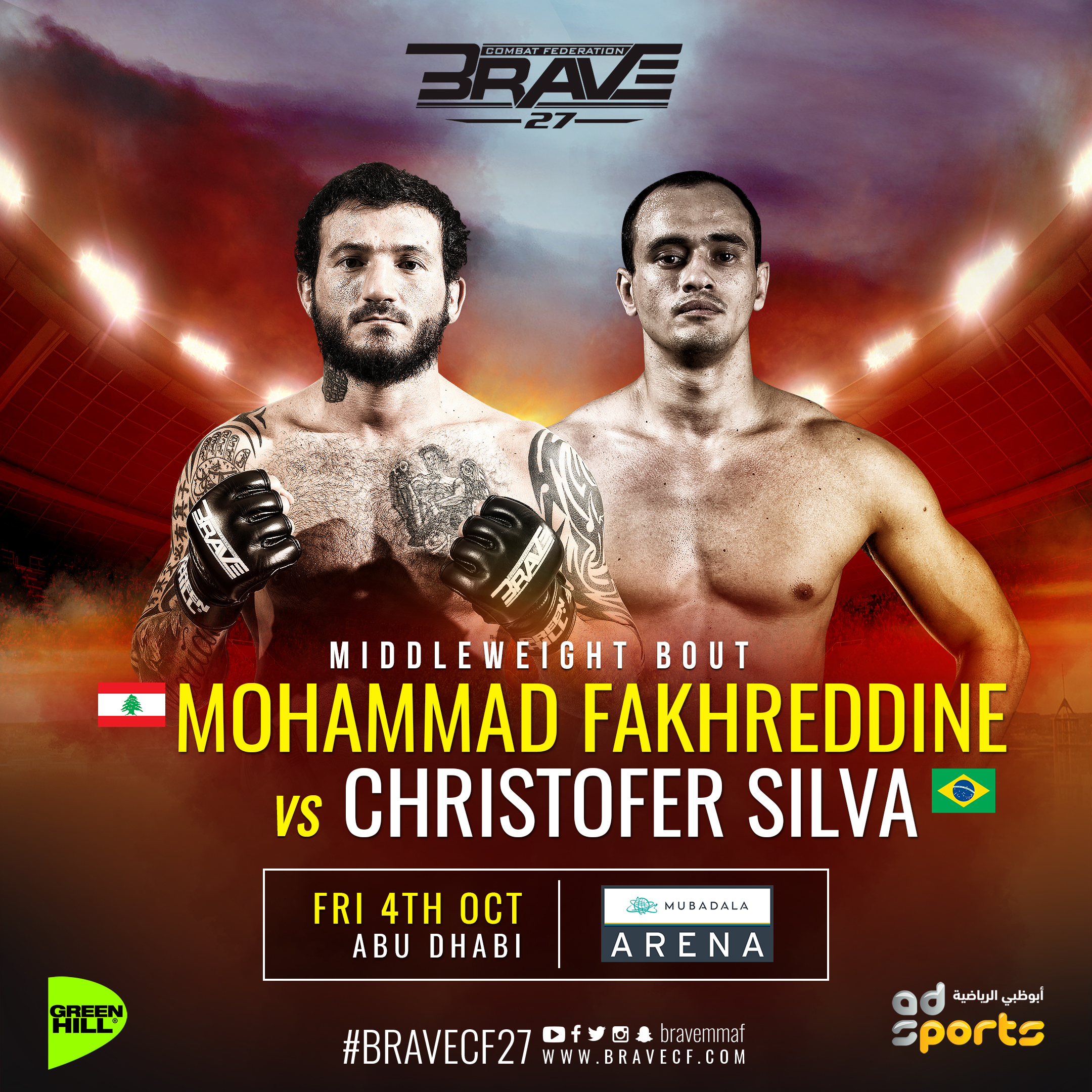 Ikram Aliskerov will have to wait to make his comeback to Middleweight. The Russian powerhouse suffered an undisclosed injury and will not be in action at BRAVE CF 27, which takes place October 4th, in Abu Dhabi. He was supposed to take on returning striker Mohammad Fakhreddine but is now off the card as he takes care of his injury. Aliskerov will be replaced by Brazilian Christofer Silva, who makes his BRAVE CF debut in the organization’s return to Abu Dhabi.

Ikram started off his BRAVE career with six straight wins, five of which at Middleweight. He then went 1-1 as a Welterweight and would return to 185lbs (83,9 kg) against Fakhreddine, a former Welterweight contender himself.
“The Latest” Fakhreddine will now take on Silva in his return to Middleweight. He was scheduled to fight for the inaugural Welterweight belt in 2017 but ended up falling ill during the weight cut at BRAVE 8, in Brazil, being replaced by eventual champion Carlston Harris. After that, Fakhreddine started one of the biggest rivalries ever against Tahar Hadbi but ended up losing their second meeting.
Silva, meanwhile, is a jiu-jitsu black belt based in Abu Dhabi but born in Niteroi, Rio de Janeiro, Brazil. He has a record of 4-2-0, 1 NC, and is coming off a decision victory in his last bout.
BRAVE CF 27 will be headlined by the biggest rematch of the year, as defending champion Abdoul Abdouraguimov is challenged by the man he beat to become the titleholder, former Welterweight champ Jarrah Al-Selawe. The fight night will be full of Arab MMA stars as they take one some of the top international names in BRAVE CF’s roster.