BRAVE CF 28: KO artists Brewin and Gierszewski to clash in the main event 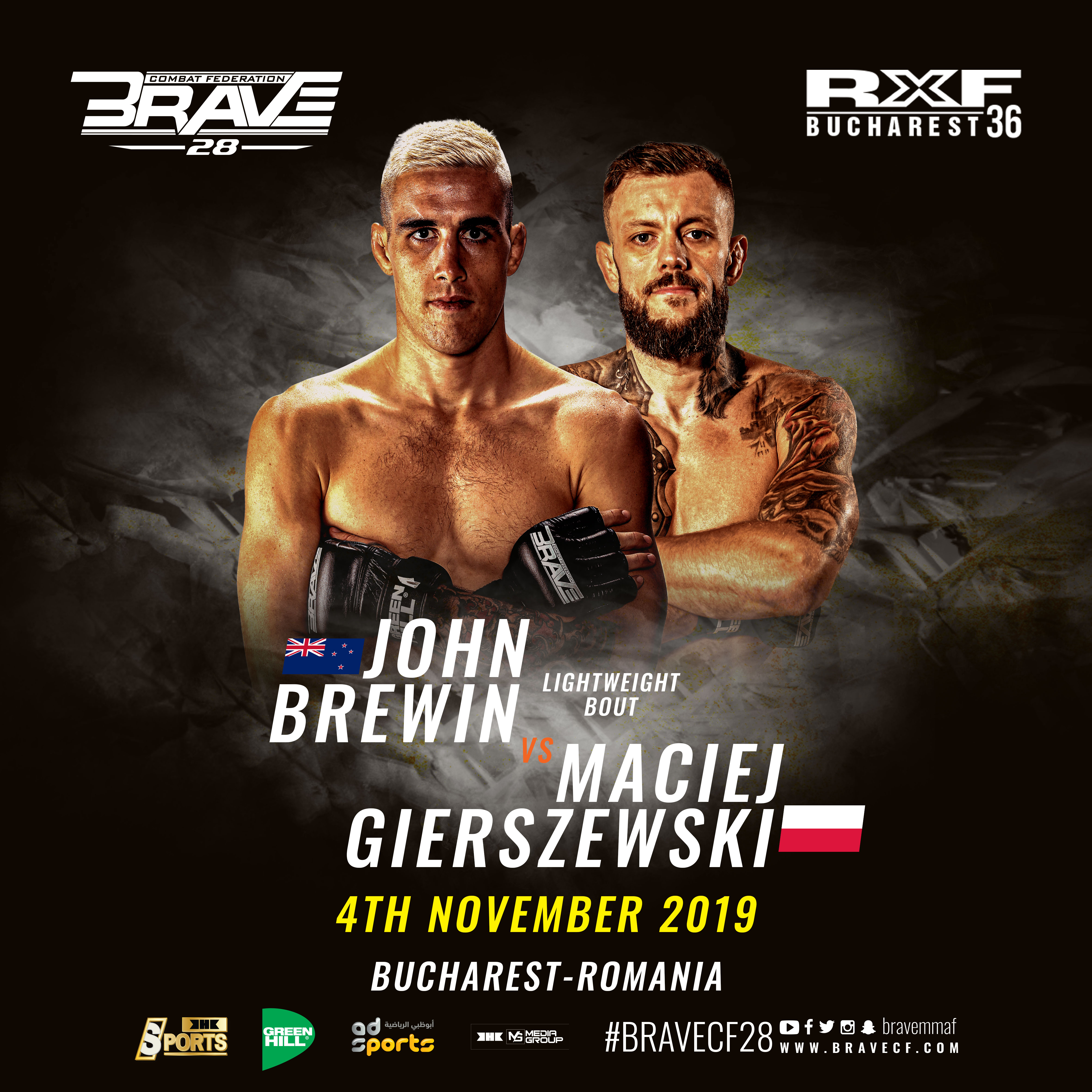 BRAVE Combat Federation’s first trip to Romania has a main event. Poland’s Maciej Gierszewski will look to build on his crushing victory over Cian Cowley as he meets John Brewin, from New Zealand, who’s also coming off a win over top striker Cowley. The two men will face off in the Lightweight division as they look to position themselves at the top of the division, currently reigned by world champion Cleiton “Predator”.

BRAVE CF 28 takes place in Bucharest, Romania, on November 4th, and the show will be a partnership with RXF (Real Xtreme Fighting), one of the biggest MMA organizations in the region.
“Magic Man” Gierszewski shocked the MMA world last July, as he brutally knocked out Cowley in the second round of their BRAVE CF 24 co-main event bout. It was a BRAVE Combat Federation debut to remember for the Polish fighter, who fights out of Northern Ireland.
He takes on “Trouble” Brewin, who recovered from his first career loss with an assured performance over Cowley at BRAVE CF 22, in the Philippines. Brewin is 3-1 with BRAVE CF, as he also holds victories over Hardeep Rai and Ahmed “The Butcher” Amir.
Aside from the main event, BRAVE CF has also announced three other fights for BRAVE CF 28. Benoit St. Denis makes its promotional debut against BRAVE CF veteran Pawel Kielek at a 170lbs Catchweight bout (BRAVE CF’s Welterweight division limit is of 175lbs), while Dansheel Moodley welcomes Noureddine Hazrat, and Nikolay Grozdev finally makes his BRAVE CF debut against Issei Moriyama.