BRAVE CF 28 moves from the Philippines to Romania 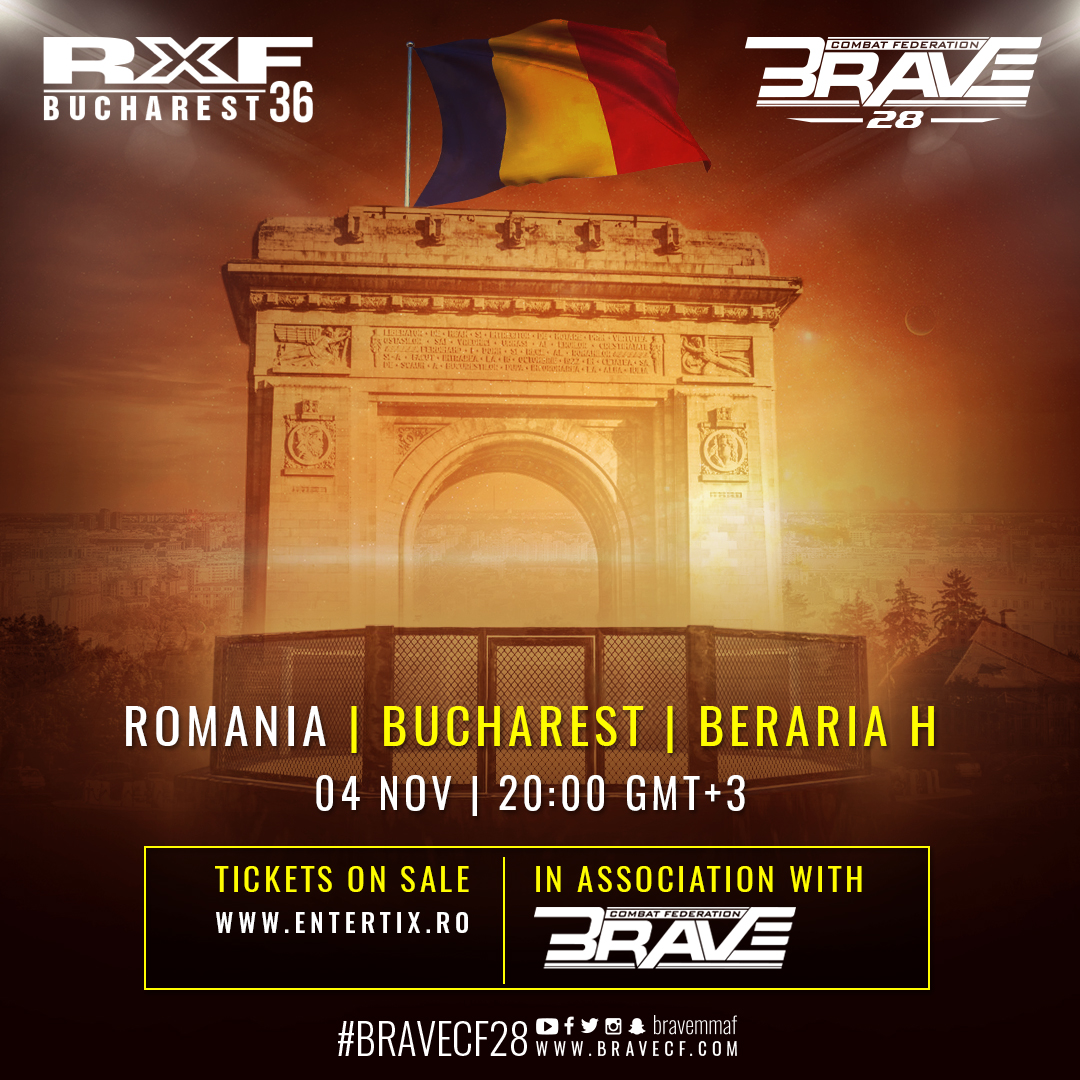 BRAVE Combat Federation will host yet another show in Europe this year. The fastest-growing MMA organization in the world will move its 28th edition from the Philippines to make a much-anticipated debut in Romania. The show will be a co-promotion with top local organization Real Xtreme Fighting (RXF) and will take place on November 4th, in Bucharest.

BRAVE CF decided to postpone its Philippines’ return due to unforeseen circumstances, but the organization reiterates its commitment with the Filipino MMA scene and will come back soon to the land of Bantamweight world champion Stephen Loman.

The fight card for BRAVE CF 28 will be announced in the coming days, as the organization continues its commitment to developing mixed martial arts in the continent.

BRAVE Combat Federation has held two events so far in Europe, with BRAVE CF 13 taking place in Northern Ireland, and BRAVE CF 24 happening in London, England. It will be the first time that BRAVE CF holds an event in Eastern Europe.