BRAVE CF 29: biggest event in Asia will be available live and free through BRAVE CF TV 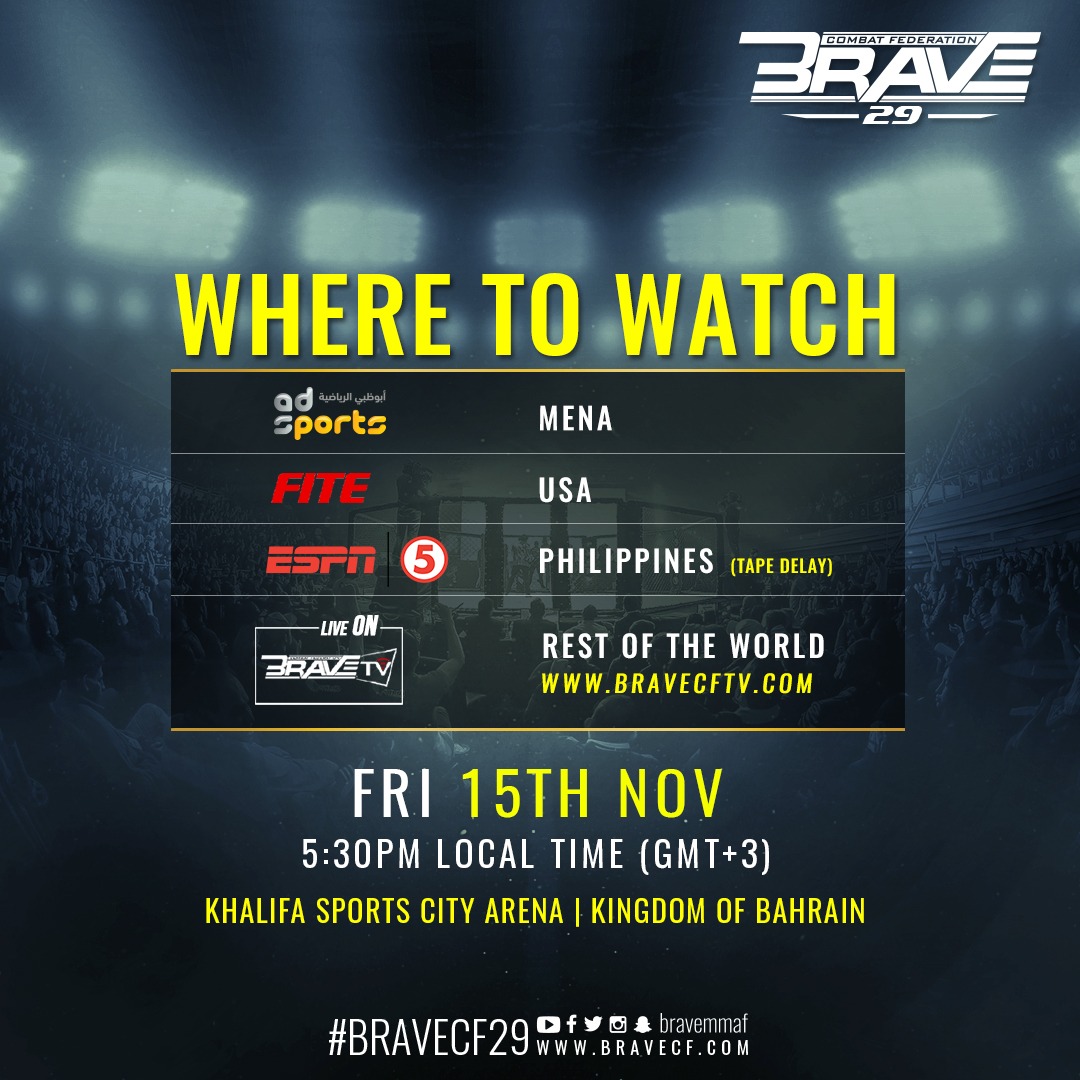 BRAVE CF 29 will be a historic show as the fastest-growing promotion in the world will put on Asia’s largest MMA event this Friday, in Isa Town, Bahrain. And viewers from all over the world will be able to watch the action live and free through the organization’s streaming platform BRAVE CF TV.
Viewers from around the world will have the opportunity to witness history in the making, as warriors from all over the globe descend upon the Kingdom of Bahrain to face off in the most exciting BRAVE International Combat Week of all time.

The exceptions for BRAVE CF TV viewers are for fans from the Philippines, USA, and Middle East and North Africa. Filipino fans will be able to watch the show on tape delay at ESPN 5, while Americans can watch the action through FITE TV, and MENA regions fans can catch BRAVE CF 29 at Abu Dhabi Sports.
BRAVE CF 29 will be co-headlined by two title fights, as Flyweights Jose Torres and Marcel Adur will face off for the inaugural divisional world title, while the final of the KHK World Championship will headline the show. The one-night, four-man, open weight tournament will offer its winner a US$100,000 check plus the right to be called the provisional holder of the KHK belt, the most prestigious prize in sports, adorned with 6.2 kg of gold.