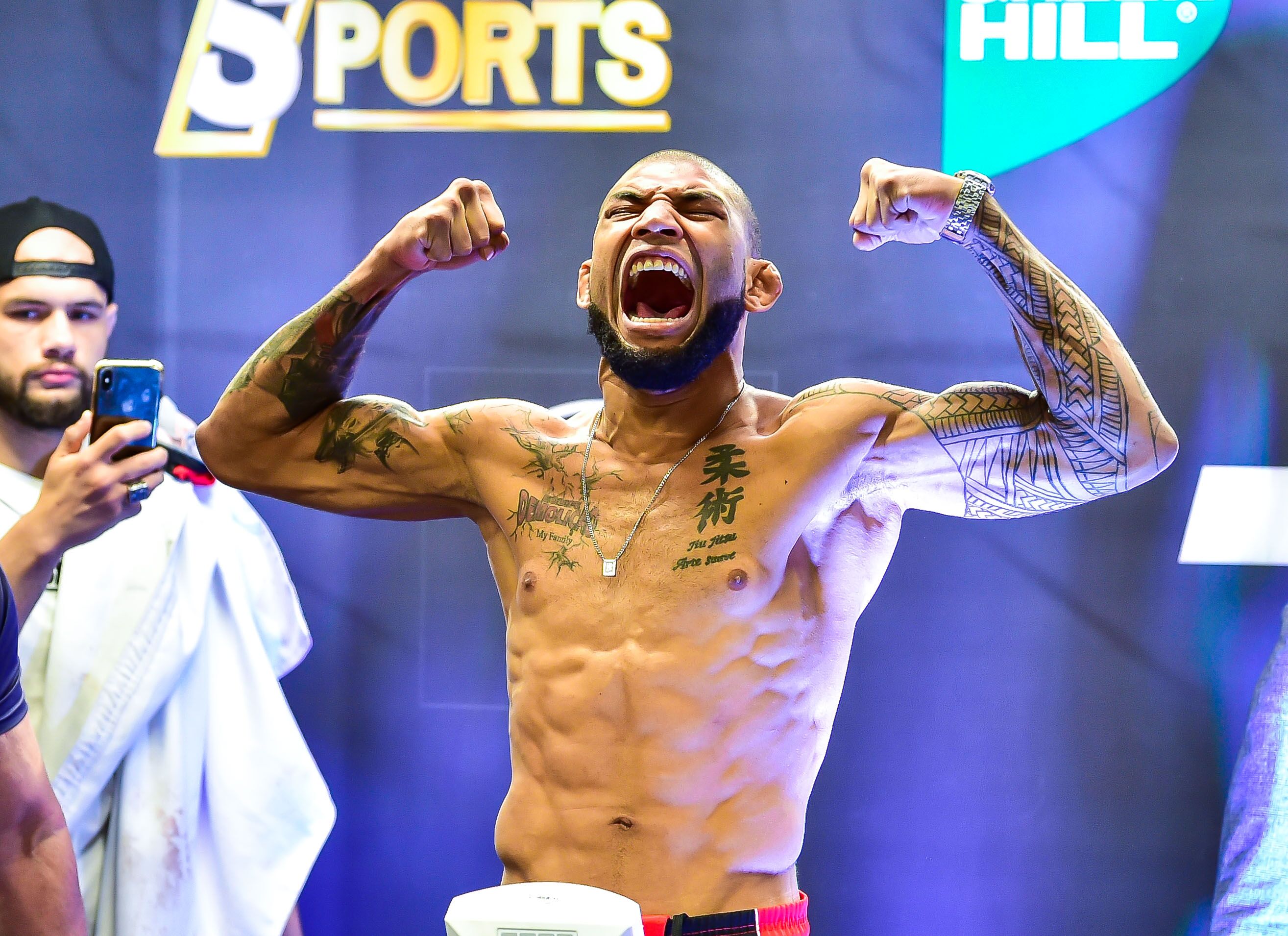 Luan “Miau” Santiago had a rollercoaster year so far but hopes to be back on track with victory over Gadzhimusa Gaziev at BRAVE CF 29, which takes place in Bahrain, on November 15th. The former Lightweight world champion lost his belt in less than a minute, when he met arch-rival Cleiton “Predator” Silva in August. It was an unexpected loss for “Miau”, who was riding high after delivering a KO of the year contender to capture the title against Abdul-Kareem Al-Selwady in April.
As the fight with Cleiton ended quickly, Luan went right back to work and will test the waters at Super Lightweight against a bigger man in Gaziev. His endgame remains the same, though: to recapture the Lightweight title from his nemesis.
“This is a great chance for me to fight once again in my second home of Bahrain, against a very tough opponent. But things remain the same. My mindset is that I need to go out there, knock him out or submit him, and get back in the game. I want to show everyone I’m still the champion and I want to fight Cleiton again”.
While he welcomes the chance to fight at a higher weight class, which means that he won’t cut as much weight, Luan still feels he needs to get back in there with “Predator”, in a rivalry that lit up Brazilian MMA in the build-up to BRAVE CF 25.

Both men talked trash to each other, and “Miau” even said Cleiton wasn’t on his level. While the champ has proved that this is not the case, Santiago remains confident he’s the better fighter and will look to use a win over Gaziev as leverage to take on “Predator” again.
BRAVE CF 29 will be headlined by the final of the inaugural KHK World Championship, a one-night, four-men, open weight tournament, and co-headlined by the Flyweight title fight between Jose Torres and Marcel Adur. The semifinals of KHK will also take place at BRAVE CF 29, as athletes from 18 nations will compete in a total of 15 bouts on November 15th.