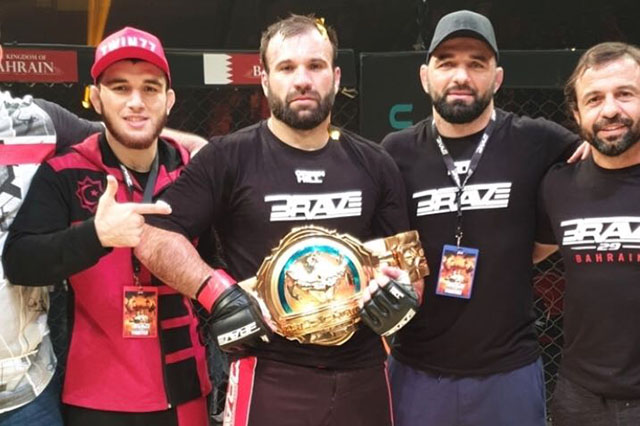 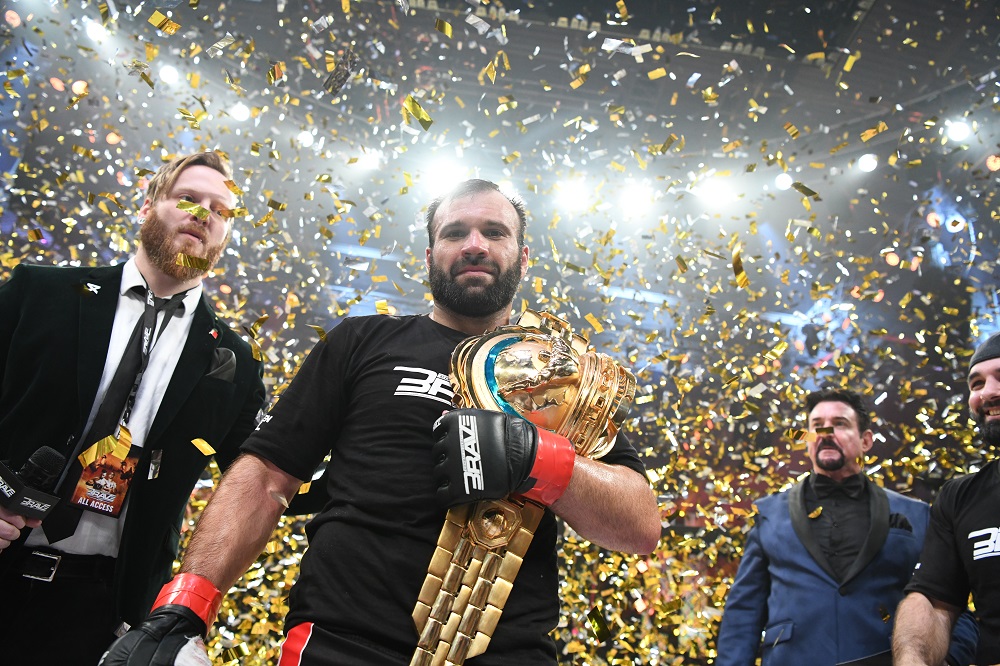 Azamat Murzakanov now holds the most prestigious prize in sports as he proudly holds the 6.2 kg KHK gold belt after winning two fights in one night. Not only did Azamat win the fights and title; he also managed to keep his professional record intact at 7-0. In his first fight of the night, ‘The Professional’ defeated Guto Inocente from Brazil via unanimous decision after two rounds, to advance to the open weight world championship final. He then faced Mohammad Fakhreddine in the main event.

After feeling out Fakhreddine’s movement in the opening seconds of the first round, Azamat landed  heavy over hand that instantly dropped Fakhreddine who struggled to get back up. Azamt took him down and began pouring some heavy ground and pound. Azamat was overwhelming Fakhreddine with his brute strength. Once they got back to their feet, Azamat began to land heavy shots that forced Fakhreddine to back track. Out of desperation, Fakhreddine threw a ill placed leg kick that hit Azamat’s elbow. Having hurt his leg, Fakhreddine switched stance and waited to counter. But a sneaky upper cut from Azamat shut his lights out and going on to win the open weight title and $100,000.