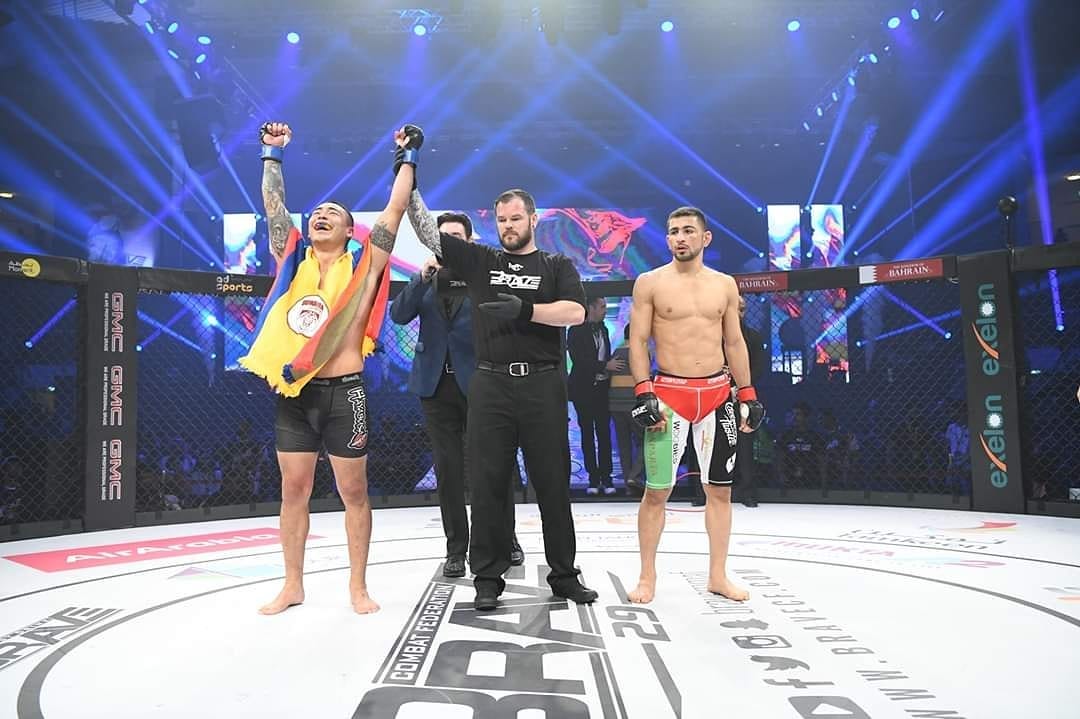 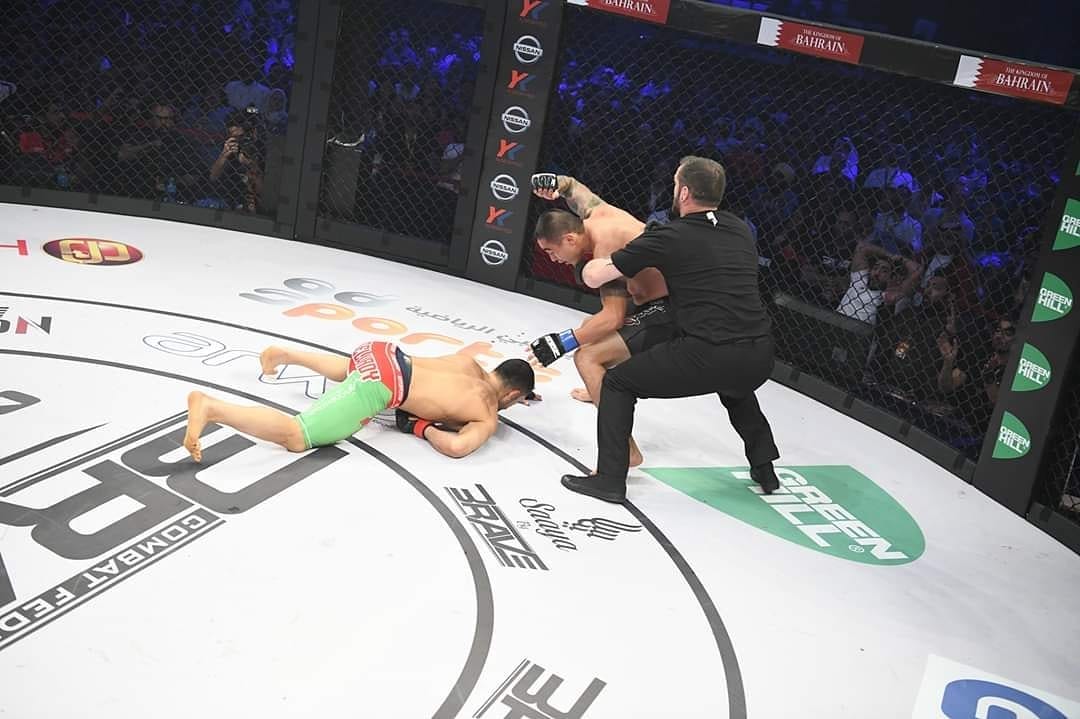 Former Lightweight world champion Abdul-Kareem Al-Selwady clashed with Dumar Roa from Colombia in a feature featherweight bout. For Al-Selwady, it was not his night as he was brutally knocked out in a high-octane first round war. Dumar and Al-Selwady both suffered losses in their previous fights and had to get back to win column. Al-Selwady set the tone of the fight with his aggressive forward movement forcing Dumar to back peddle. Al-Selwady was finding success with most of his shots despite falling short in his range but Dumar retaliated with his own combinations that got his attention. Dumar’s height advantage led him to keep Al-Selwady at bay and he was soon able to time his punches. In a wild exchange, Dumar landed a leg kick that happened to connect to Al-Selwady’s chin with his knee sending the former champion crashing to the canvas at 2:29 secs of round 1. Dumar earned the biggest win of his professional MMA career and his first in Brave CF.