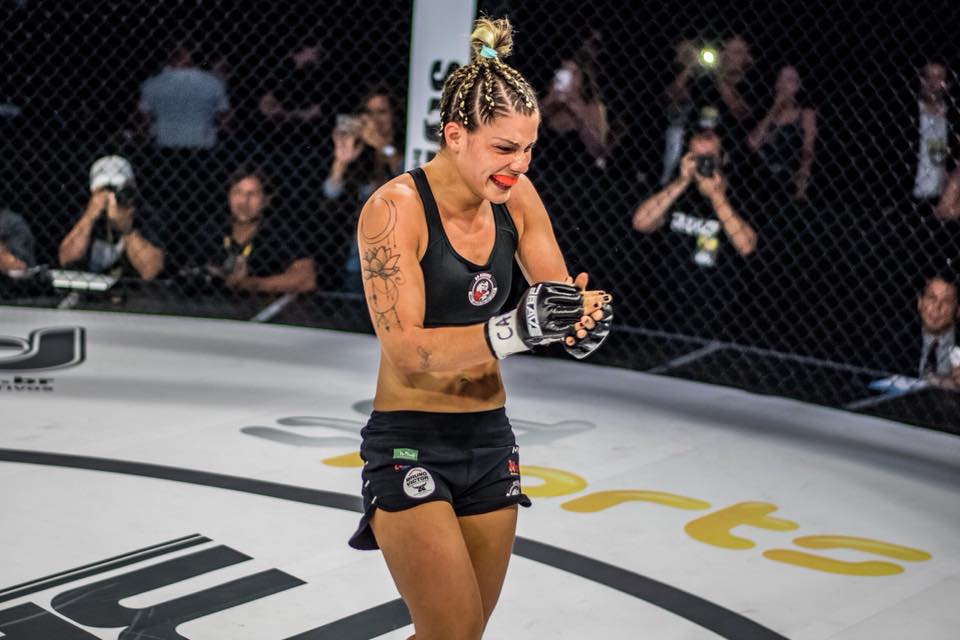 Kick starting the main event is the first ever women’s MMA fight in Bahrain, marking a pivotal milestone in the country’s mixed martial arts scene. Numerous female fighter’s have graced the Brave CF cage in international locations, but strawweights Luana Pinheiro from Brazil and Helen “Hellraiser” Harper from England became the first ones to compete in the Kingdom of Bahrain. Luana made the most of this opportunity as she knocked out Harper at 3:00 of the very first round.

As the first round began, Luana quickly took to the center of the cage and began pressurizing Harper. Both the straw weights were hesitant to engage and were clearly waiting for an opening to counter attack. Luana using her range and footwork forced Harper to retreat towards the cage, who for the most of the time didn’t commit to any of her attempted leg kicks. A short led to a clinch and within seconds Luana dropped Harper with a perfectly timed judo throw. With Luana on her top, Harper struggled to over throw her but still managed to evade the rear naked submission attempt. Luana was unable to hold Harper on the mat and soon found herself on the feet ready to exchange leather. Keeping her clinch intact, Luana unleashed a knee followed by a three piece hook combo that left Harper dropping face first on the canvas.

With this win, Luana is now 2-0 in Brave CF and improved her mma record to 7-1 and riding a five fight win streak.

Brazil's Luana Pinheiro cracks Helen Harper with right hook in R1, sending her facedown to the canvas. Pinhiro improves to 7-1, picking up the first knock out of her career. #BRAVECF29 pic.twitter.com/yJKtIy0vkl