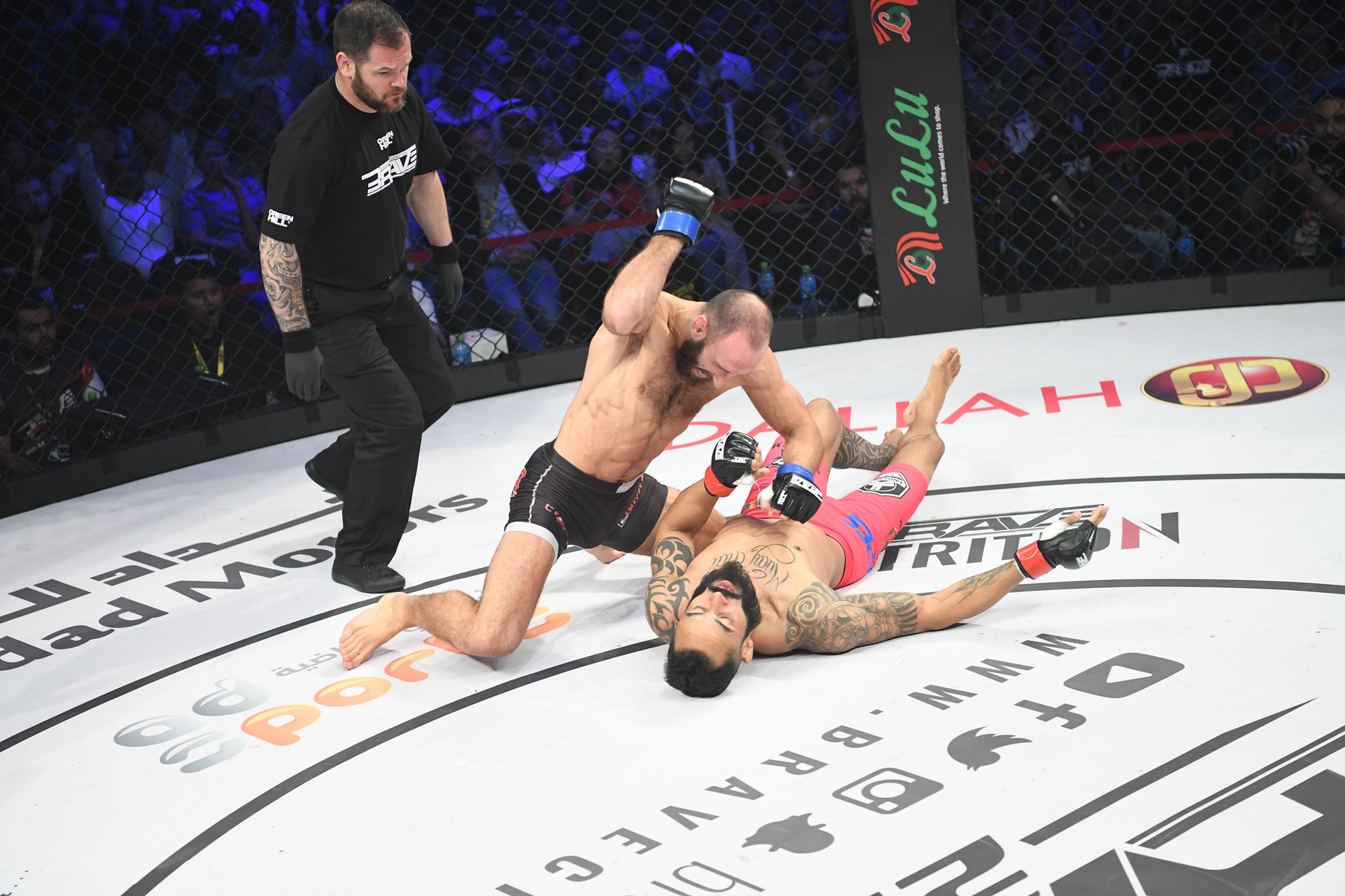 The lightweight bout between Georgia’s Guram Kutateladze and Brazil’s Felipe Silva was a firecracker in the making from the day it was announced. Guram who trains at the famous All Stars Training Center with notable fighters like Alexander Gustafson and Ilir Latifi had won six of his ten professional fights via KO. While Felipe Silva had a short stint in the UFC picked up seven KO wins under his name.

As the first round began, both fighters came out guns blazing. Felipe Silva drew the first blood as he landed a big right that rocked Guram Kutateladze. With his opponent now backing away looking to survive, Guram got a bit reckless and got caught on the button with a perfectly timed counter left. As Felipe dropped on the canvas, Guram  followed up with ground-and-pound, knocking the senses out in just 44 seconds. With this win, Guram bagged his second BCF win via TKO and extended his win streak to 8.

My goodness. 44 seconds of chaos between Guram Kutateladze and Felipe Silva. #BRAVECF29 pic.twitter.com/m6eFmKfxeA