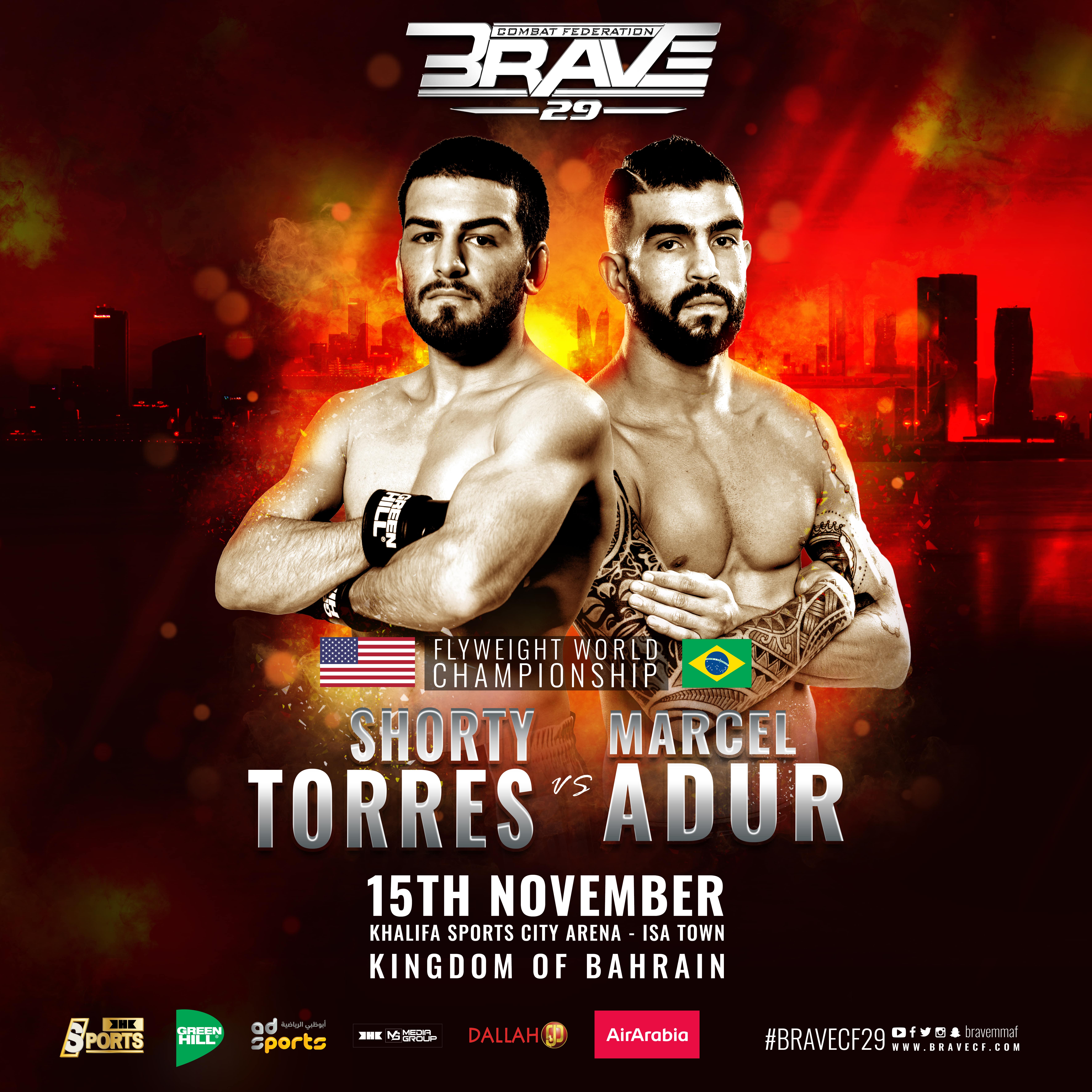 BRAVE Combat Federation has officially announced the first bouts of its blockbuster show, this November 15th. As it returns to its home in the Kingdom of Bahrain for BRAVE CF 29, the fastest-growing MMA promotion in the world will put a gigantic card for fight fans from around the world. And two of the best lighter weight fighters on the planet will lead the way for announcements, as Jose “Shorty” Torres faces off against top Brazilian striker Marcel Adur.

The inaugural BRAVE CF Flyweight title will be on the line when they meet, but it won’t be a new experience for Adur. Last year, he traveled to Bahrain in hopes of becoming the first-ever Flyweight champion, but saw his opponent Velimurad Alkhasov fail to make weight, and beat him, leaving the title unscathed.

Adur has bounced back in style, dominating a tough Marlon Derik en route to a unanimous decision victory back at BRAVE CF 25 in his home country of Brazil, and will have another chance to become the best Flyweight in the world.

Meanwhile, Torres is coming off a tough decision victory in his BRAVE CF debut. A double amateur world champion, and double-weight champion at Titan FC, “Shorty” beat Amir Albazi by decision back at BRAVE CF 23, and now will have the chance to conquer yet another MMA title in an already stellar career both amateur and professional.

Another announced bout for the show is a Bantamweight showdown between Bahrain’s own Hamza Kooheji and Nahuel Gandolfi, from Argentina.

BRAVE CF 29 takes place at the Khalifa Sports City Arena, on November 15th, during the BRAVE International Combat Week. In addition to several amazing bouts, the fight card will also feature the inaugural KHK World Championship, a one-night, four-men, open weight tournament which will give its winner a US$100,000 check, plus the right to be called the KHK World Championship belt provisional holder.