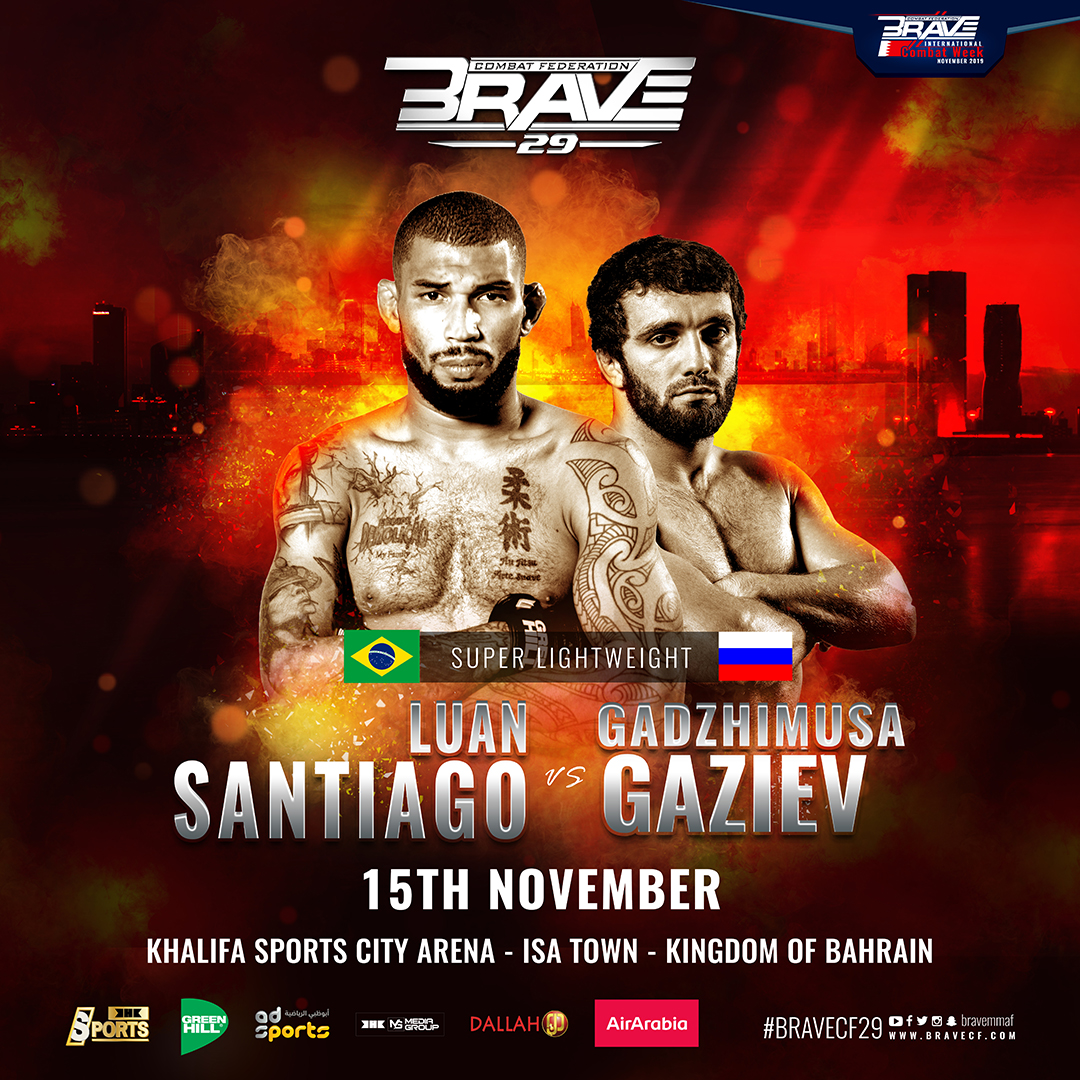 The historic BRAVE CF 29 card is sure to leave striking fans on the edge of their seats on November 15th, when the fastest-growing organization in the world returns to its home in Bahrain. Four world-class strikers will make their return on the fight card. Former BRAVE CF Lightweight world champion Luan Santiago moves up to Super Lightweight to take on Gadzhimusa Gaziev, while Santiago’s teammate Felipe Silva finally meets Guram Kutateladze.

After winning the Lightweight title in stunning fashion, with a spinning-back elbow against Abdul-Kareem Al-Selwady, Luan “Miau” Santiago lost the belt in his last bout, as he was submitted by Cleiton “Predator” in the main event of BRAVE CF 25.

Looking for a quick turnaround, the Brazilian striker agreed to move up in weight to challenge the dangerous Gaziev, who has one of the biggest KO’s in BRAVE CF history against Mohammad Fakhreddine and is also coming off a loss, against Rami Hamed, at BRAVE CF 21. 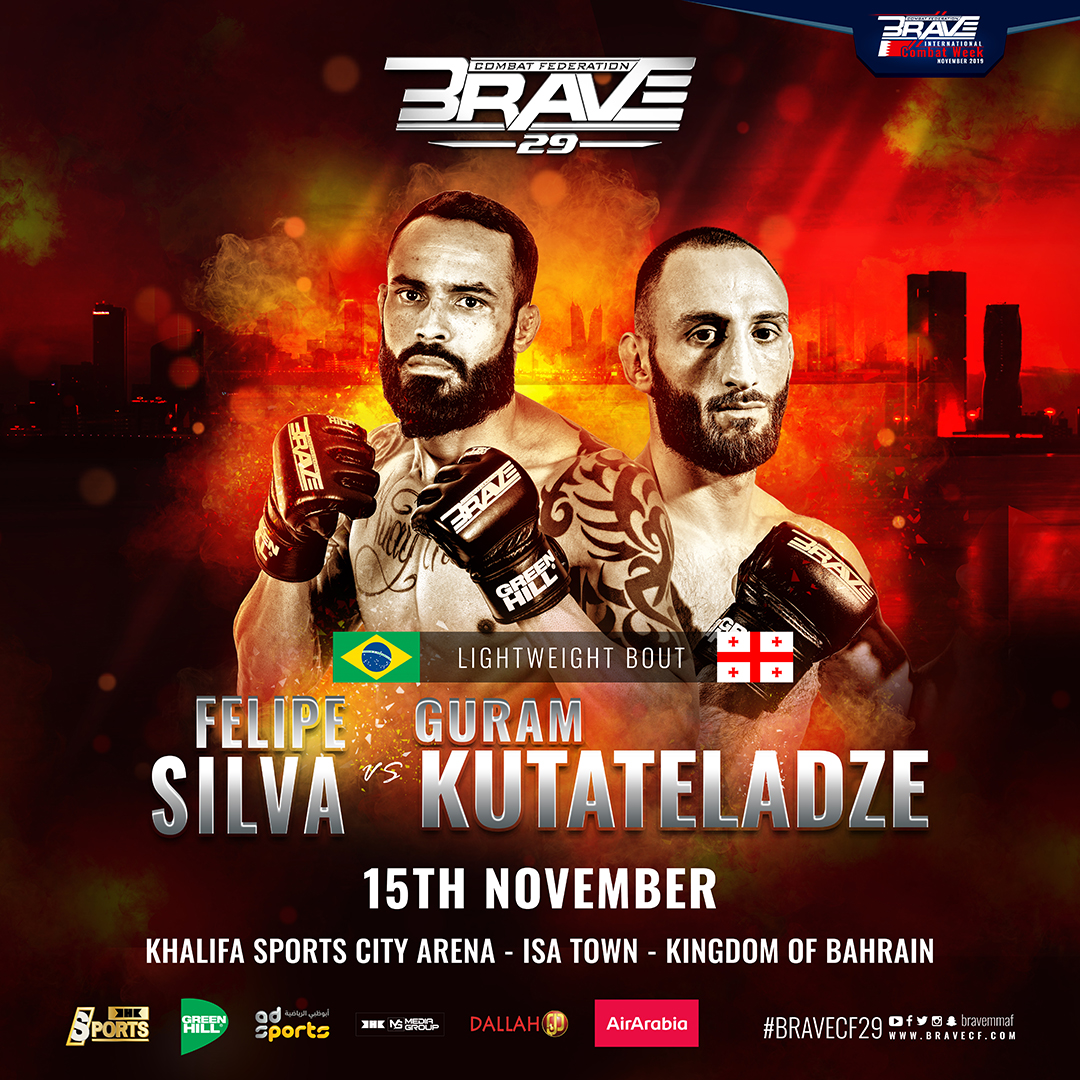 Meanwhile, Felipe Silva, a striking sensation from Brazil, will finally meet Guram Kutateladze at Lightweight. The two were scheduled to face off in the main event of BRAVE CF 26, in Colombia. However, Guram was forced off the card with an injury, Silva faced and beat Dumar Roa, and will now fight his rival.