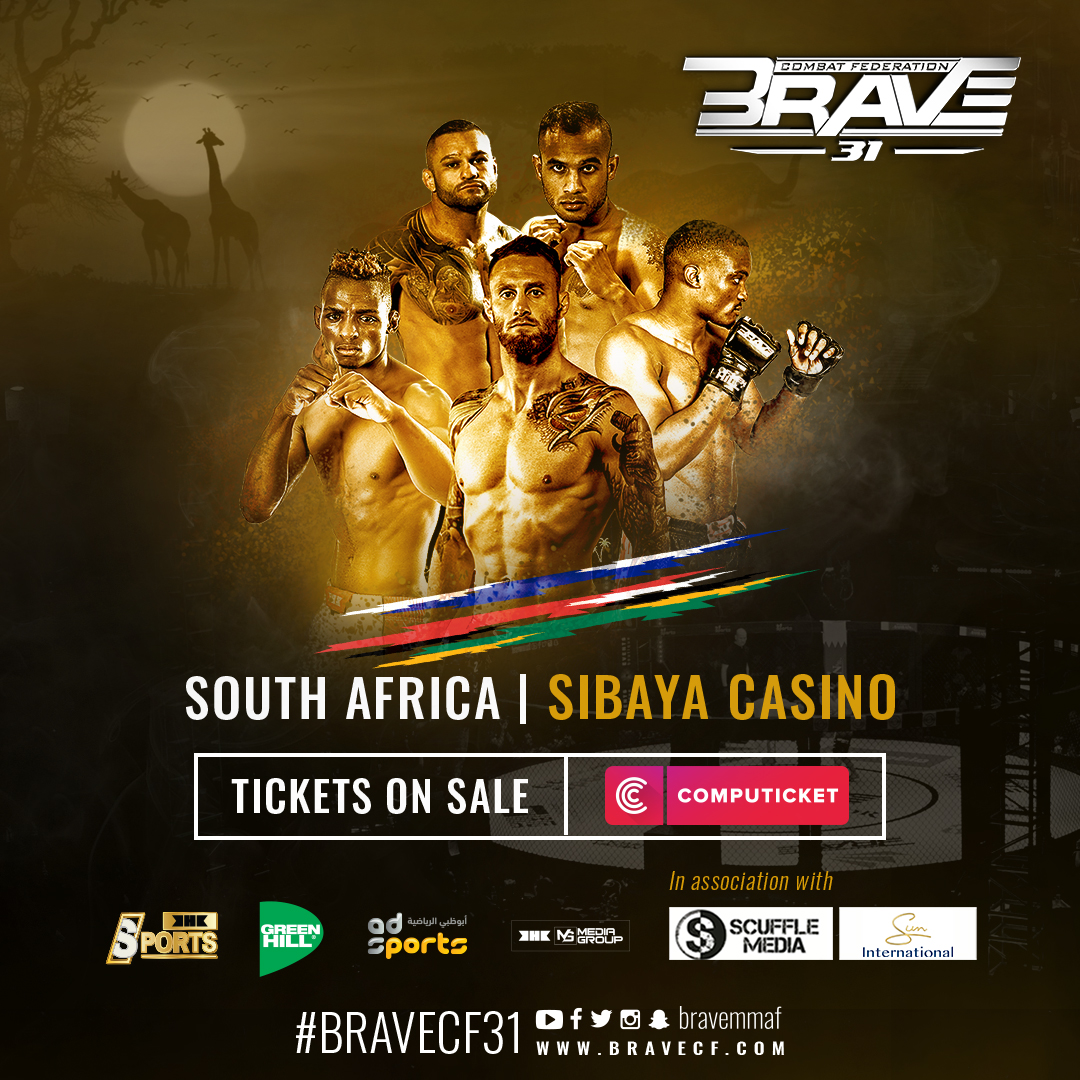 South Africa has seen a rise in interest with mixed martial arts, as Africa as a whole has experienced the MMA bug since BRAVE Combat Federation landed in Morocco last year for the first-ever international event to take place in African soil. As Durban gets ready to welcome BRAVE CF 31, this Saturday night, the sport is looking to achieve new heights in the continent.
BRAVE Combat Federation and its partner Scuffle Media have been instrumental in the development of the sport in South Africa, with the support coming from the grassroots level to the professional tier. After a South African delegation landed in the Kingdom of Bahrain for the IMMAF World Championships in 2017, the sport took off in the continent.

Last year, BRAVE Combat Federation landed in Africa for the first time with BRAVE CF 14 making waves around the world as a host of big names descended upon Tangier for an unforgettable fight night with several knockouts and the start of a new chapter for the MMA community in Africa.
In December of the same year, Sun City welcomed BRAVE CF 19, headlined by a true battle between Mark Hulme and Adam Townsend. For 2019, however, BRAVE CF has gone all out, including the first-ever Middleweight title fight in the program.
BRAVE CF 31 will be headlined by South Africa’s Chad Hanekom and Daniel “Gaucho” from Brazil, as the two men look to make history as the first-ever BRAVE CF Middleweight world champion and the first titleholder to be crowned in African soil.
Aside from Hanekom, nine other South-African athletes will get a much-deserved global stage to showcase their talents and look to show that South Africa will soon be a force to be reckoned with in the MMA scen