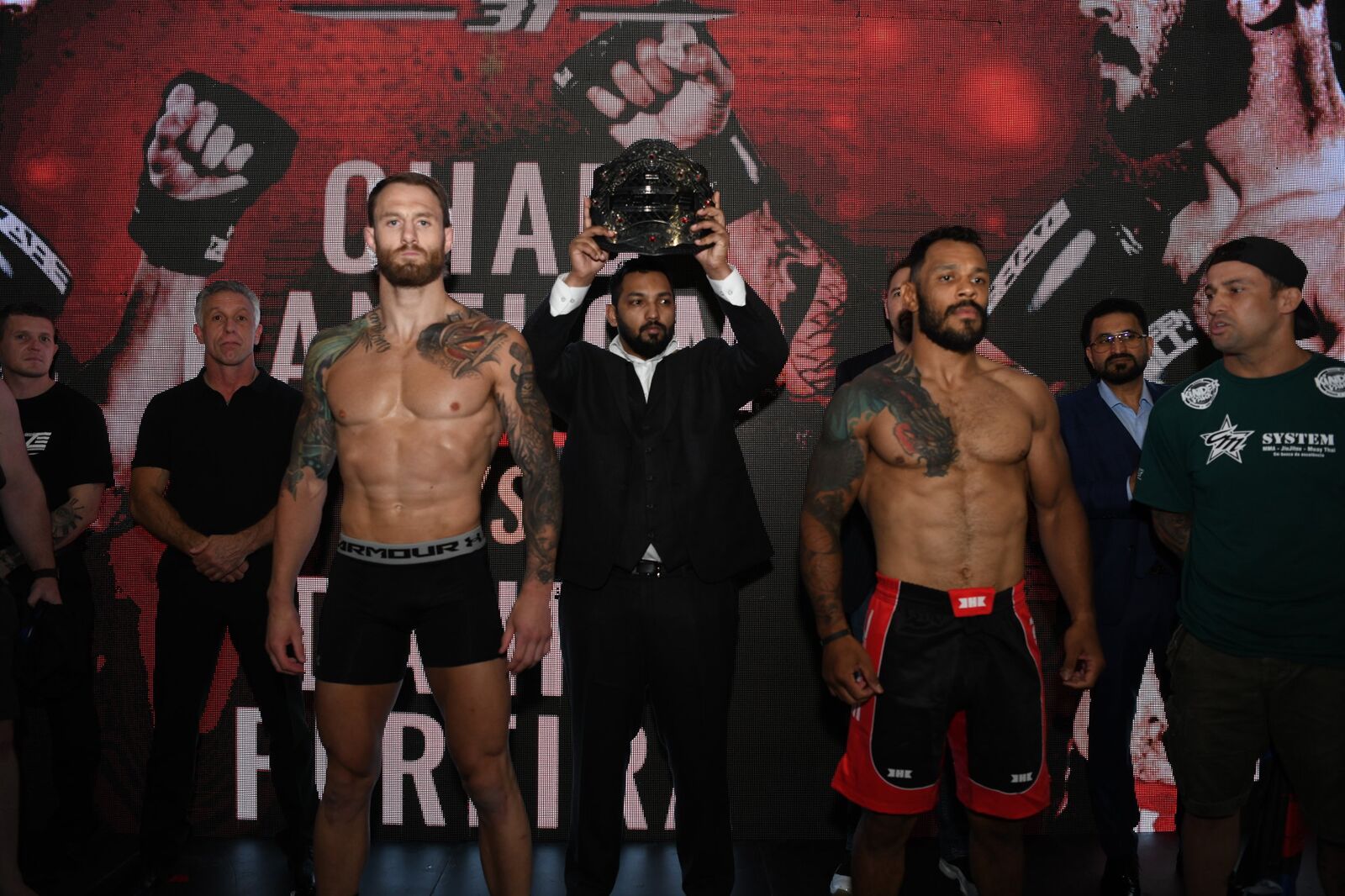 Chad Hanekom and Daniel “Gaucho” have made the first-ever BRAVE Combat Federation Middleweight title bout official as both men tipped the scale within the weight-class limit and are set to battle this Saturday, in the main event of BRAVE CF 31, set to take place in Durban, South Africa. 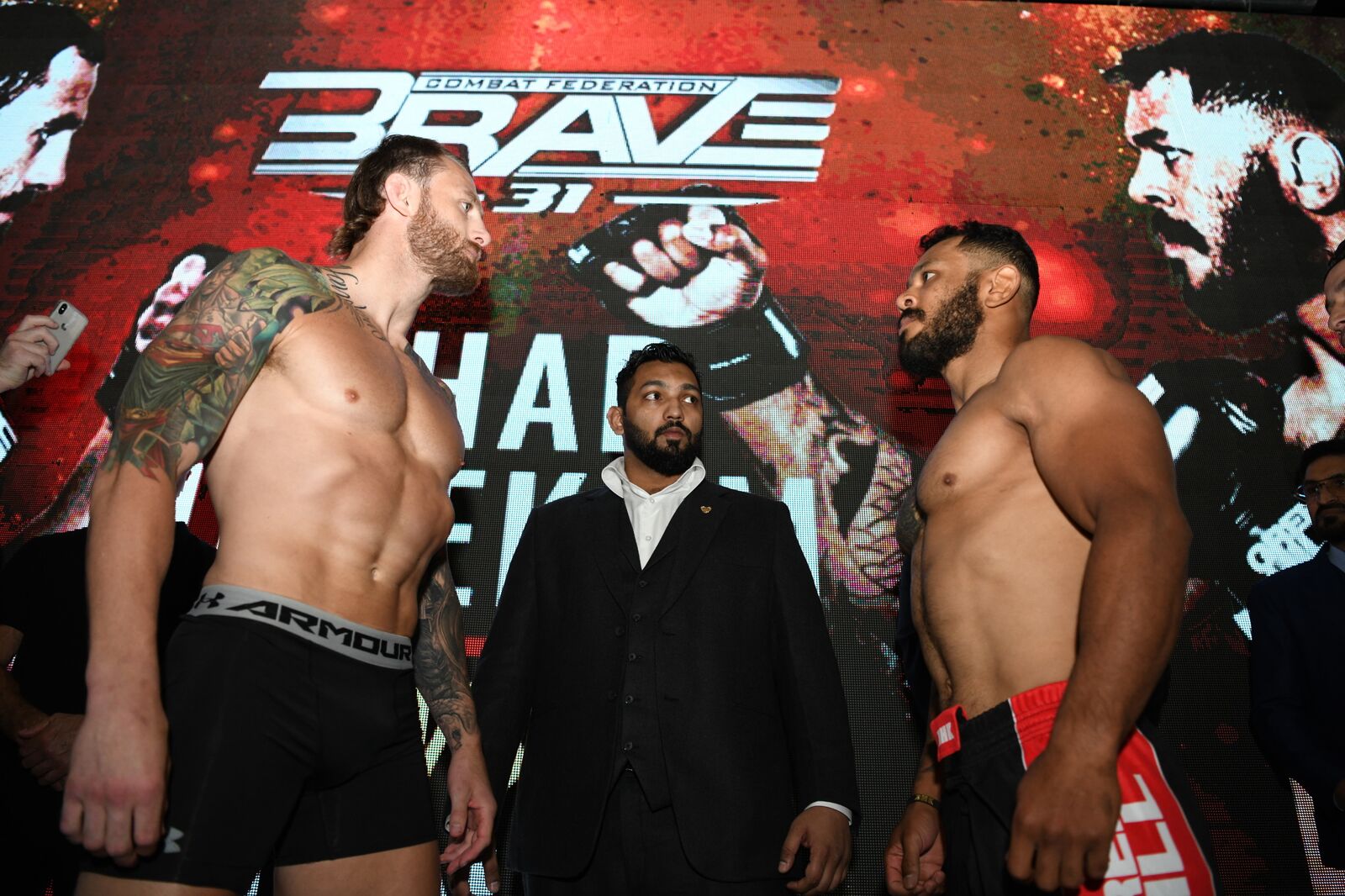 With hometown advantage, “Superman” Hanekom weighed in officially at 83,6 kg, while his opponent, Brazilian powerhouse “Gaucho” weighed in at 83,55 kg. During the ceremonial weigh-ins, they had an intense but respectful staredown.
Before that, Daniel spoke at length about his wishes for the fight, and his prediction as to how the Middleweight title bout will go down. The Brazilian believes his aggressiveness will be a key trait for him to make history and become the first-ever BRAVE CF Middleweight world champion.
“I have a lot of respect for Chad, I’ve been studying him a lot. I’m ready for whatever, but I think he’ll try to take me down, and I want to keep the fight standing. Fans can expect a very technical fight, but I’m going for a lot of brutality, that’s what I want to showcase in there”.
Two fighters missed weight for their contracted bouts, but both fights will go on. Djamil Chan and Matt Raynard will give 20% of their purses to their opponents Amin Ayoub and Britis Lukasa, respectively.
BRAVE CF 31 Weigh-in results
MAIN CARD
Middleweight World Title: Chad Hanekom (83,6 kg) vs Daniel Souza (83,55 kg)
Catchweight bout (58 kg): Dansheel Moodley (58 kg) vs Anton Larsson (57,7 kg)
Catchweight bout (73 kg): Djamil Chan (73,3 kg)* vs Amin Ayoub (72,7 kg)
Middleweight bout: Mizwandile Hlongwa (84,3 kg) vs Jeremy Smith (84,3 kg)
Welterweight bout: Kevin Ruart (79,7 kg) vs Ibrahim Mane (79,7 kg)