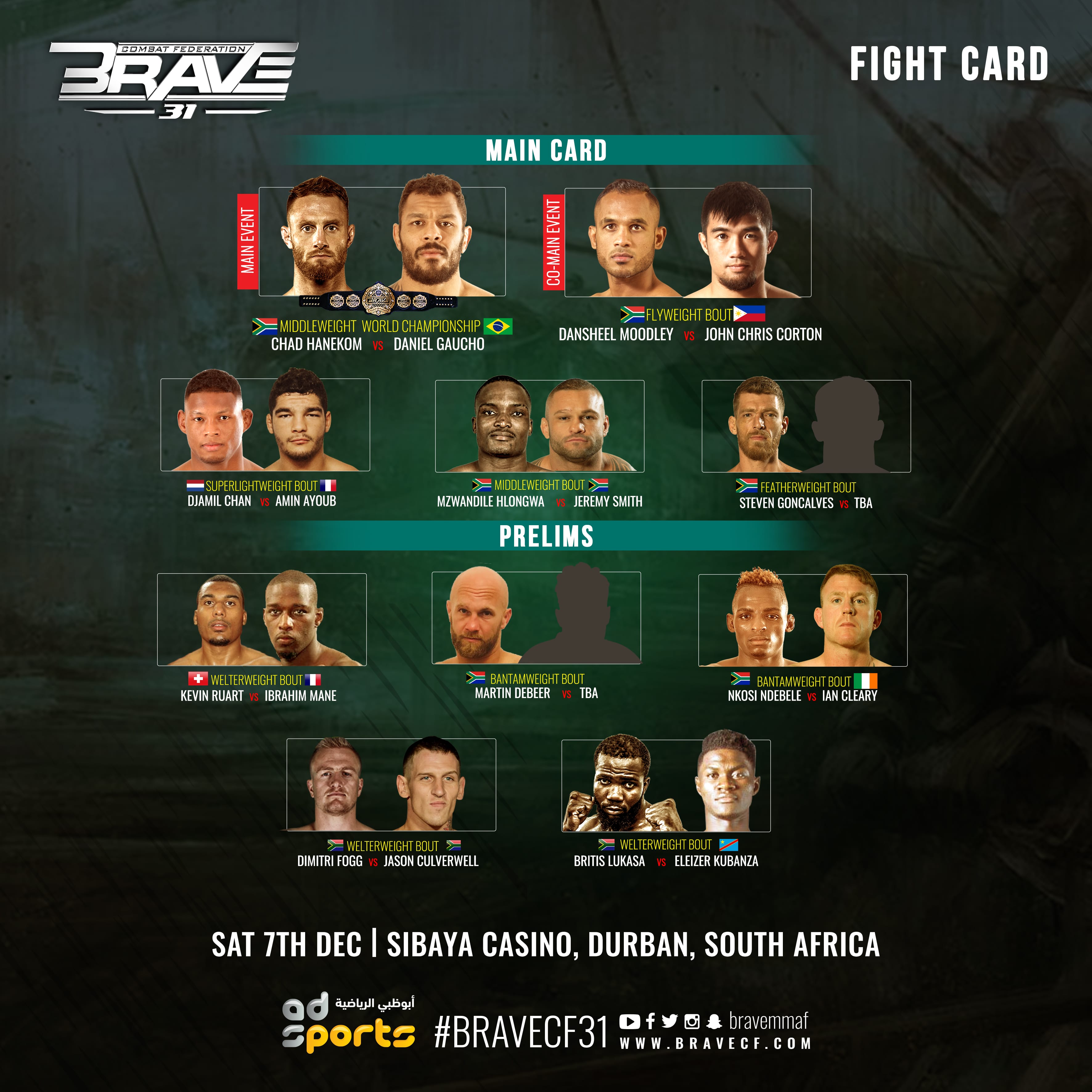 The much-anticipated return of BRAVE Combat Federation to South Africa has an updated fight card, which will now feature 10 local athletes taking on the biggest international talent on the company’s roster. BRAVE CF 31 takes place on December 7th, in Durban, and will feature the first-ever world title bout in the African continent.

South Africa’s Chad Hanekom will look to become the first-ever world champion from his country as he looks to wear Middleweight gold in a bout against Daniel Gaucho, from Brazil. The main event will take place after other nine South-Africans fight for pride and worldwide recognition in the brightest stage.
In the co-main event, Dansheel Moodley will look to build on from his recent win in Romania against Philippines’ John Cris Corton, while a match-up between two South-African sluggers will also take place as veteran Jeremy Smith meets up-and-comer Mzwandile Hlongwa in Middleweight action.
In the preliminary card, Cedric Doyle has a match-up signed against Canada’s Tariq Ismail, while Martin Debeer gets a tough assignment against Abdul Hussein, from Finland.
BRAVE CF 31 will be BRAVE Combat Federation’s third event in Africa, and the second one in South Africa. In August of last year, the Bahraini organization became the first international promotion to land in the continent with a stellar fight card in Morocco.

Previous articleHawes to keep close eye on BRAVE CF 31, wants winner of Hanekom vs Gaucho for title
Next articleJorge Masvidal reveals he puts Colby through ‘trauma’ in training