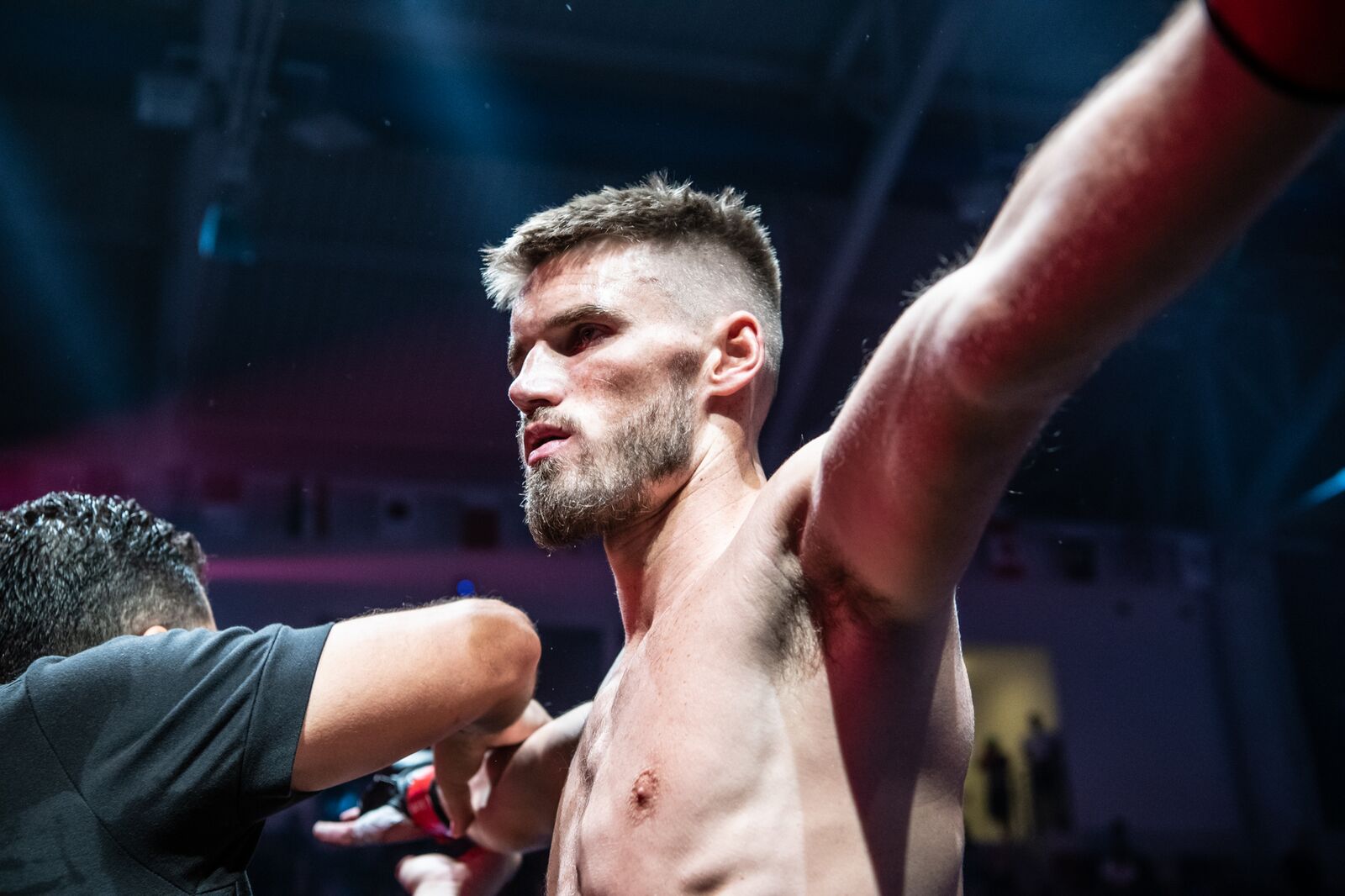 Cian Cowley has been on a world tour since signing with BRAVE Combat Federation. As he racks up the miles in his fighting career, the SBG Ireland product is set to take his longest journey to a fight, as he moves to Saudi Arabia for BRAVE CF 33, when he takes on Sam Patterson, on December 27th.

Initially known as one of the main sparring partners of superstar Conor McGregor, Cowley has branched out since joining BRAVE CF, gaining a reputation for his “kill or be killed” attitude in the cage, which has transformed him into a fan-friendly fighter all around the world.
It doesn’t hurt for Cowley that he’s been assigned to fight all over the world – in his four BRAVE CF fights so far, he has traveled to four different countries: Northern Ireland, Bahrain, Philippines, and England. 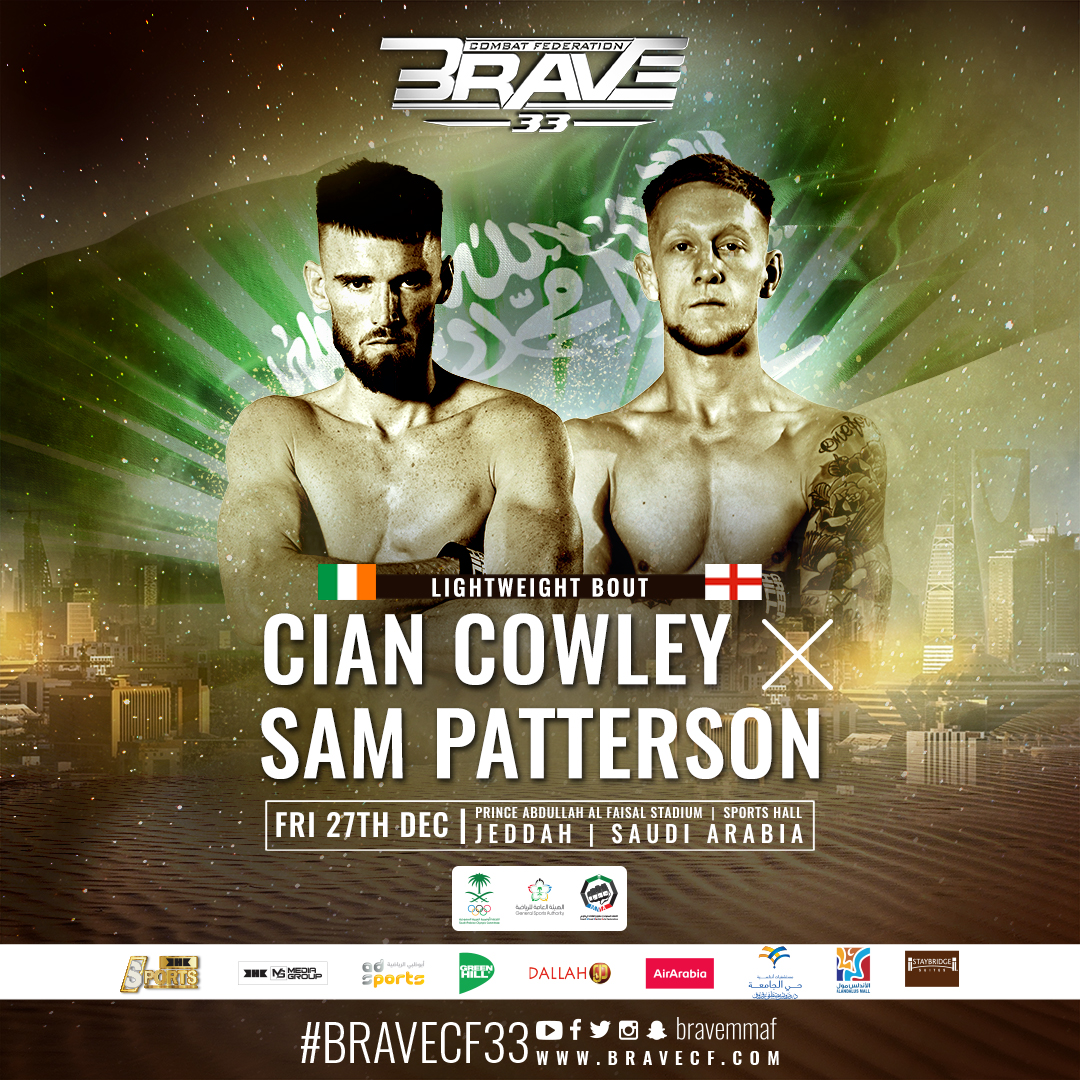 His “world tour” continues on December 27th, as he takes on Patterson in Saudi Arabia. A fellow striker with good takedowns and groundwork, the Englishman represents a new challenge for Cowley, who has had a bit of trouble against John Brewin, another striker with good wrestling.
Brewin was able to stifle Cowley’s world-class muay thai, with relentless pressure in the clinch, in his first BRAVE CF defeat. Cian felt he had done enough to warrant a win in the Philippines against his Kiwi counterpart, and welcomes the challenge of facing Patterson, who might look to implement a similar gameplan.
Win or lose, though, Cian Cowley knows he’s always up for a good scrap and expects to return to winning ways in Saudi Arabia, and give his fans, family, and friends a late holiday gift before the year ends.
BRAVE CF 33 will take place at the Prince Abdullah Al Faisal Stadium, and is set to be headlined by a clash of Middleweight giants, as Ikram Aliskerov takes on Diego Gonzalez in the main event. Also set for fight night is the return of KO artist Felipe Efrain, who meets Jeremy Pacatiw in a Bantamweight feature bout, as well as Rami Hamed returning against Issa Isakov.