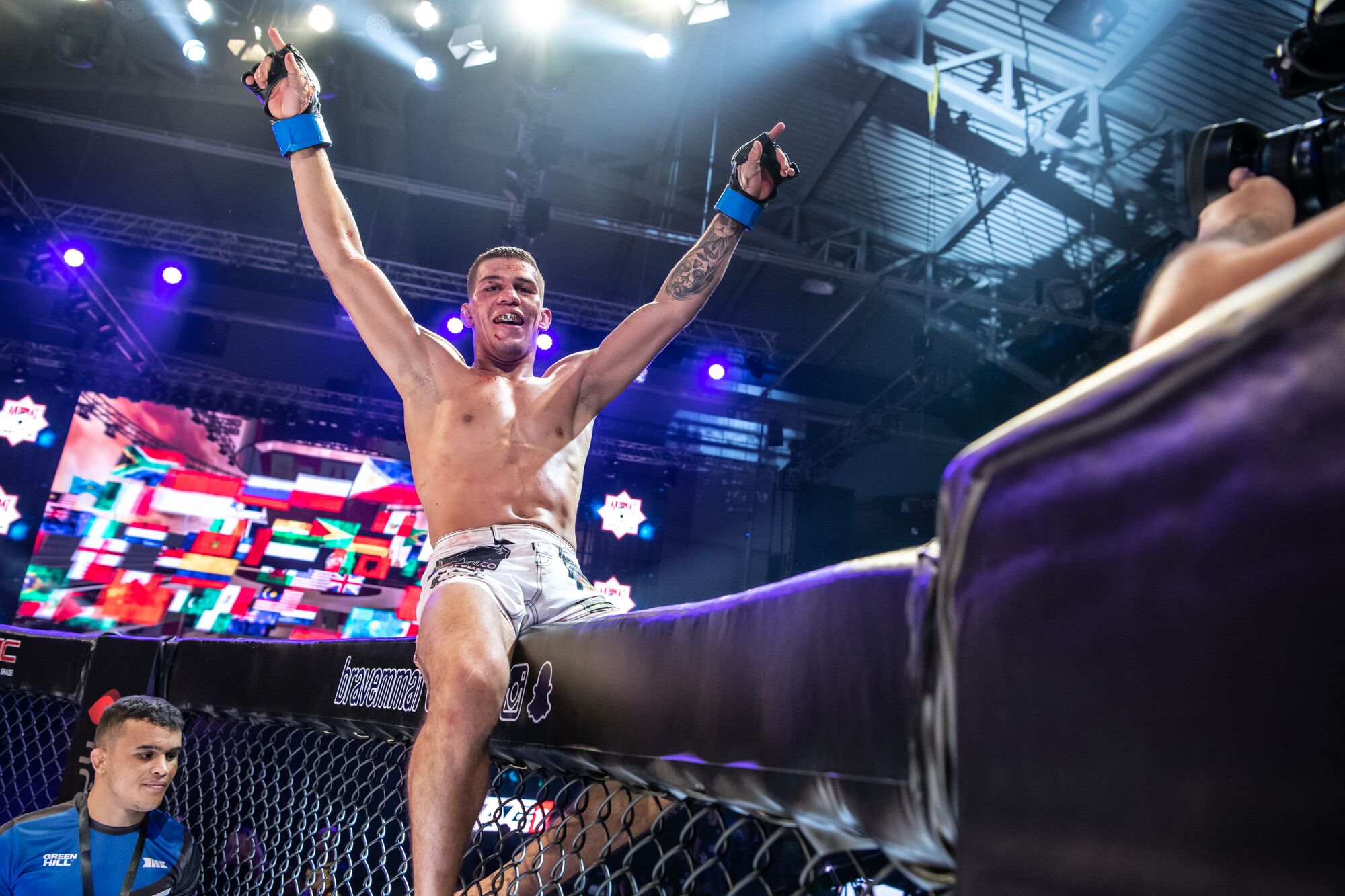 Former Bantamweight title contender Felipe Efrain has become a fan-favorite around the globe with his world-class striking, which has handed him KO of the Year for 2017, as well as a spot among the nominees in 2018. Following up on BRAVE CF’s strategy of putting on events on all corners of the world, Efrain has fought in Bahrain, Jordan, and Morocco, as well as his home country of Brazil. The Chute Boxe product is ready to venture into a new land, as he takes on Jeremy Pacatiw at BRAVE CF 33, in Saudi Arabia, on December 27th. 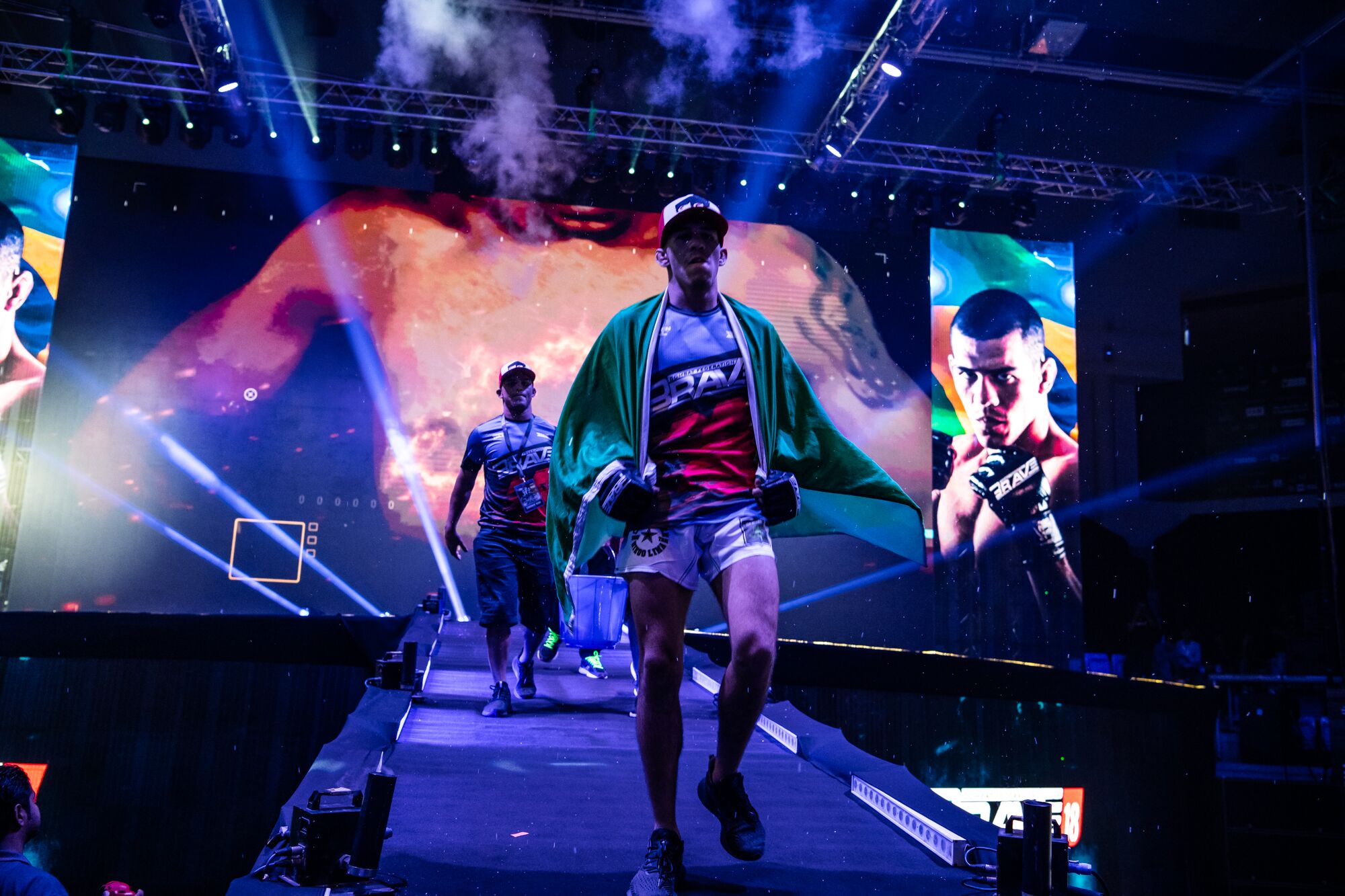 As he gets ready to go into new territory, Efrain is happy to move on from his last fight, a close decision loss to Matheus Nicolau, in Brazil. Felipe revealed recently that he actually prefers to fight away from home, and is excited to make the trip to Saudi Arabia.
“To be honest, in Brazil there are too many distractions when I fight. Whenever I fight abroad, I get locked in, I can concentrate and think about the fight for 24 hours during fight week. It’s much better, and I want to fight abroad more, and get to know new territories, for sure”.

He will need all the concentration he can get as he looks to make his way back on the top of the division. Efrain will take on the man with the most bouts in BRAVE CF history in Jeremy Pacatiw, a training partner of reigning champion Stephen Loman. Felipe was arguably the toughest challenger to Loman’s throne and is looking for a new fight with the champ.
“I would love a second fight with Stephen. I felt like I wasn’t at my best, and had an injury in the first fight. I think I could win pretty decisively too”, said Efrain.
BRAVE CF 33 will be 2019’s final event for the fastest-growing MMA promotion which has repeated the feat of last year by going to 12 different countries in one calendar year. The end-of-the-year show will take place once again in Jeddah, at the Prince Abdullah Al Faisal Stadium, on December 27th, and it is set to be headlined by a clash of Middleweight giants between Russia’s Ikram Aliskerov and Diego Gonzalez, from Sweden.