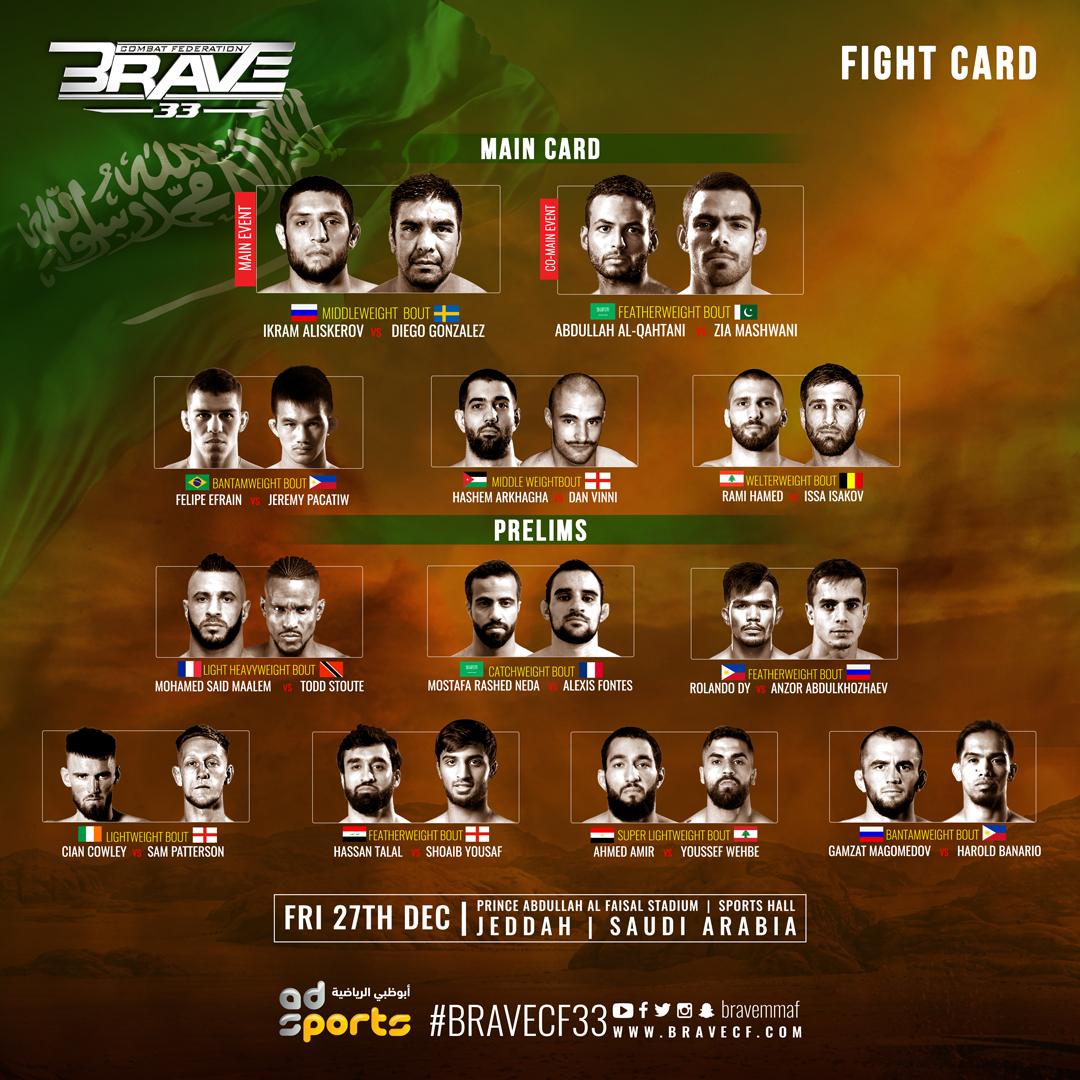 BRAVE Combat Federation is not just the fastest-growing MMA organization in the world but has amassed a reputation as a truly global promotion, not just for hosting shows around the globe, but also for giving opportunities to fighters from all around. That trend has never been stronger than the last event of 2019. BRAVE CF 33 takes place in Jeddah, Saudi Arabia, on December 27th, and will feature athletes from 15 nations and six different regions. 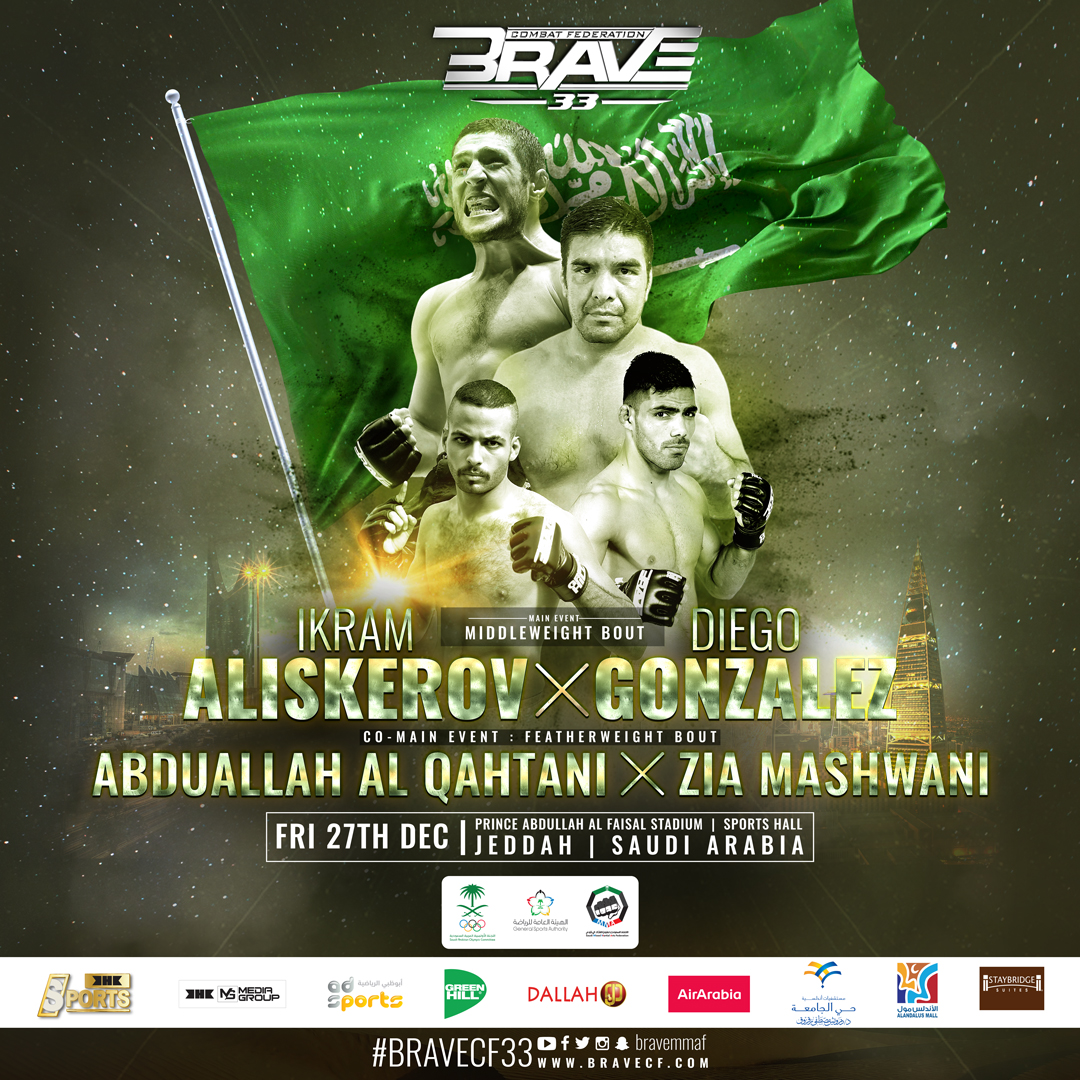 Athletes from Latin America, Caribbean, Europe, South-East Asia, Subcontinent, North Africa, and Middle East will be in action for BRAVE CF’s return to the Kingdom of Saudi Arabia after a stellar BRAVE CF 21, which took place at the end of last year.

Russia, Sweden, England, Belgium, France, Ireland, Philippines, Brazil, Saudi Arabia, Jordan, Lebanon, Iraq,  Trinidad & Tobago, Egypt, and Pakistan will be represented at BRAVE CF 33, which has a Russia vs Sweden main event, with Ikram Aliskerov taking on Diego Gonzalez in a Middleweight bout which could have serious title implications.
In the co-main event, local hero Abdullah Al-Qahtani will face off against Pakistan’s Zia Mashwani in search of a title shot against Bubba Jenkins, as Middle East MMA legend Hashem Arkhagha returns after a KO of the year contender to take on Dan Vinni, from England.
Rounding up the 10-nation main card are a couple of barn-burners, as top strikers Felipe Efrain and Jeremy Pacatiw meet at Bantamweight, while Rami Hamed goes for BRAVE CF win number three against Issa Isakov, from Belgium.