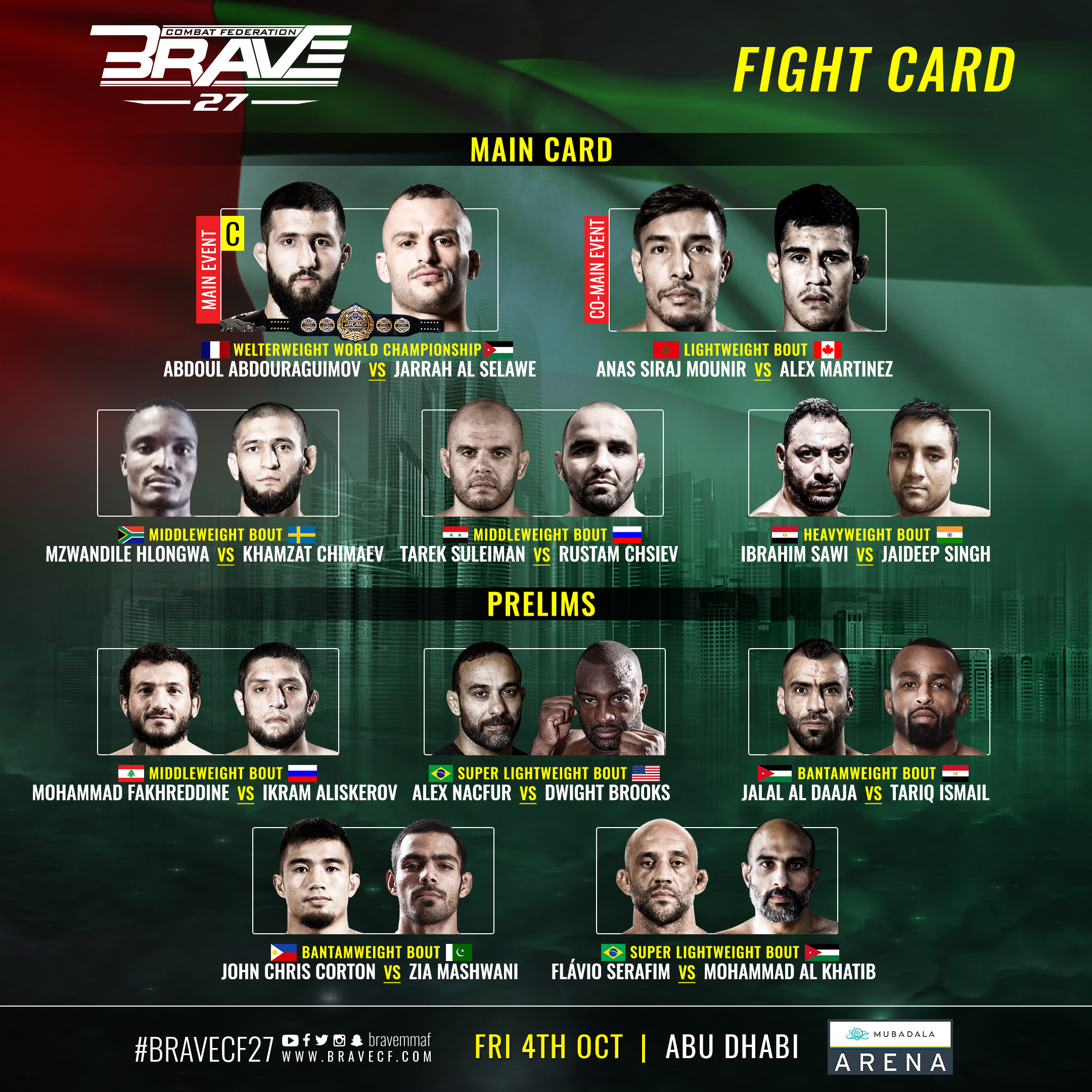 BRAVE Combat Federation will come back to beautiful Abu Dhabi for the third time in as many years, and the fastest-growing promotion in the world has released the full card for BRAVE CF 27, which takes place on October 4th at the Mubadala Arena.
The fight card is set to send shockwaves through the Arab MMA world, as the promotion focuses once again on the development of local talent, by giving them a global platform and international opponents of the highest caliber.

The show will be headlined by an immediate rematch between reigning Welterweight world champion Abdoul Abdouraguimov and former titleholder Jarrah Al-Selawe. The two met in the main event of BRAVE CF 23, in Jordan, when Abdoul ended up beating Al-Selawe by the slightest of margins, in a split decision that was contested by BRAVE CF fans, who demanded an immediate rematch.
In the co-main event, another rematch of epic proportions will take place, as surging Lightweights Anas Siraj Mounir and Alex Martínez run it back after their BRAVE CF 23 bout only lasted a few seconds after Alex connected with a low blow and the fight had to be stopped.
Meanwhile, the biggest prospect in MMA returns to Middleweight in search of his first title shot. Khamzat Chimaev takes on internet sensation Mzwandile Hlongwa in the main card, as there are also returns for fan favorites Mohammad Fakhreddine, who battles Ikram Aliskerov in a Middleweight contest, and Tarek Suleiman, who takes on Rustam Chsiev, in a battle of top grapplers.