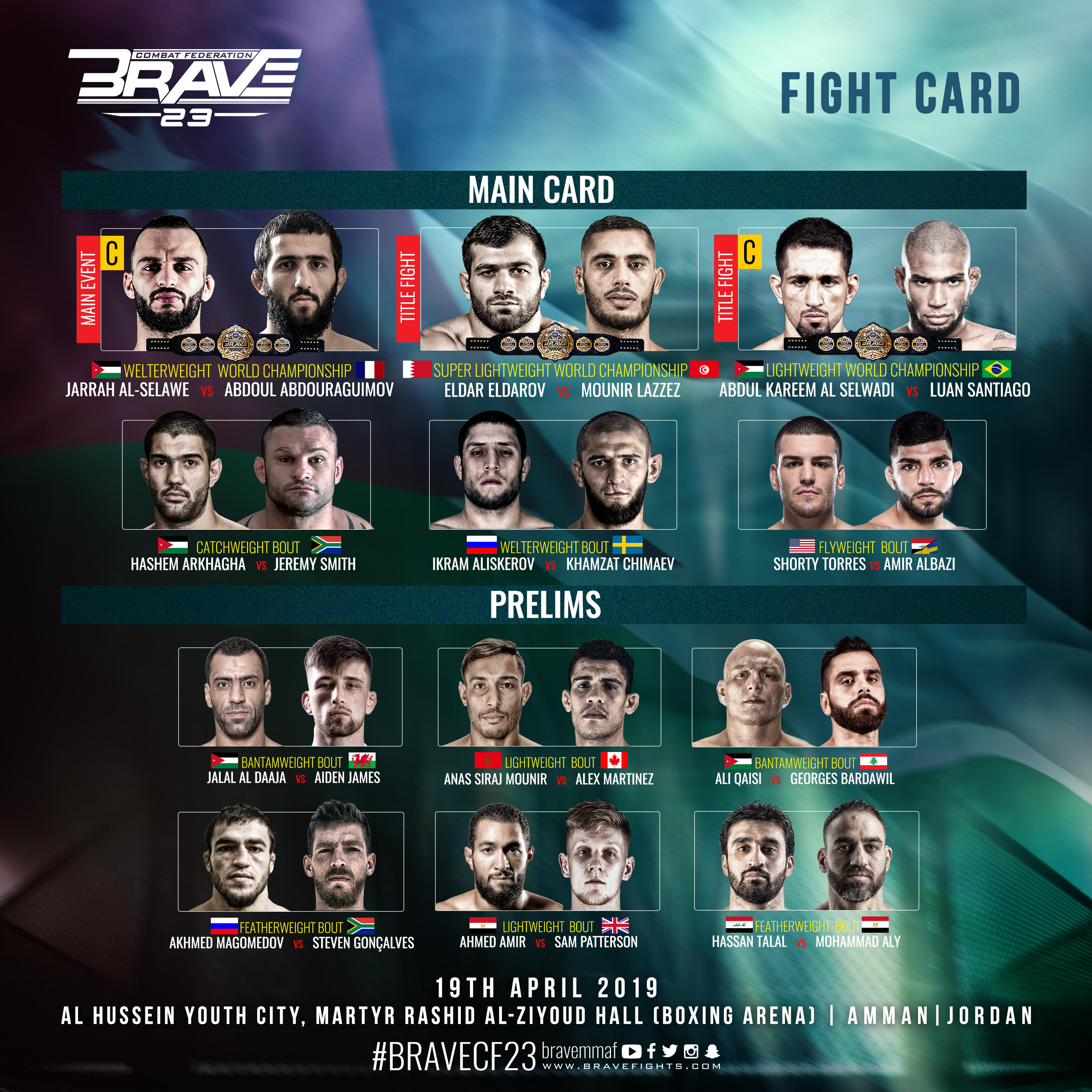 After a smashing start to the new year, Brave Combat Federation has announced further details to its second event of 2019. The promotion will move from the Philippines to Jordan, where its capital, Amman, will host Brave 23, a historical event set to take the MMA world by storm. Brave has announced the full fight card for its Jordan return, with three title fights in the mix.
The show will be headlined by the first defense of Jarrah Al-Selawe’s Welterweight title. “The Jordanian Lion” will take on undefeated Abdoul Abdouraguimov in the main event. The newly-formed Super Lightweight division will find its champion as Eldar Eldarov faces Mounir Lazzez with the belt on the line. Finally, Abdul-Kareem Al-Selwady, another Jordan hero, looks to defend his Lightweight crown for the first time against dangerous striker Luan “Miau” Santiago.

Previous articleLeon Edwards sends a strong message to Jorge Masvidal after backstage artack: You’re f****d!
Next articleADDITIONAL BOUTS ANNOUNCED FOR ONE: ROOTS OF HONOR IN MANILA ON 12 APRIL