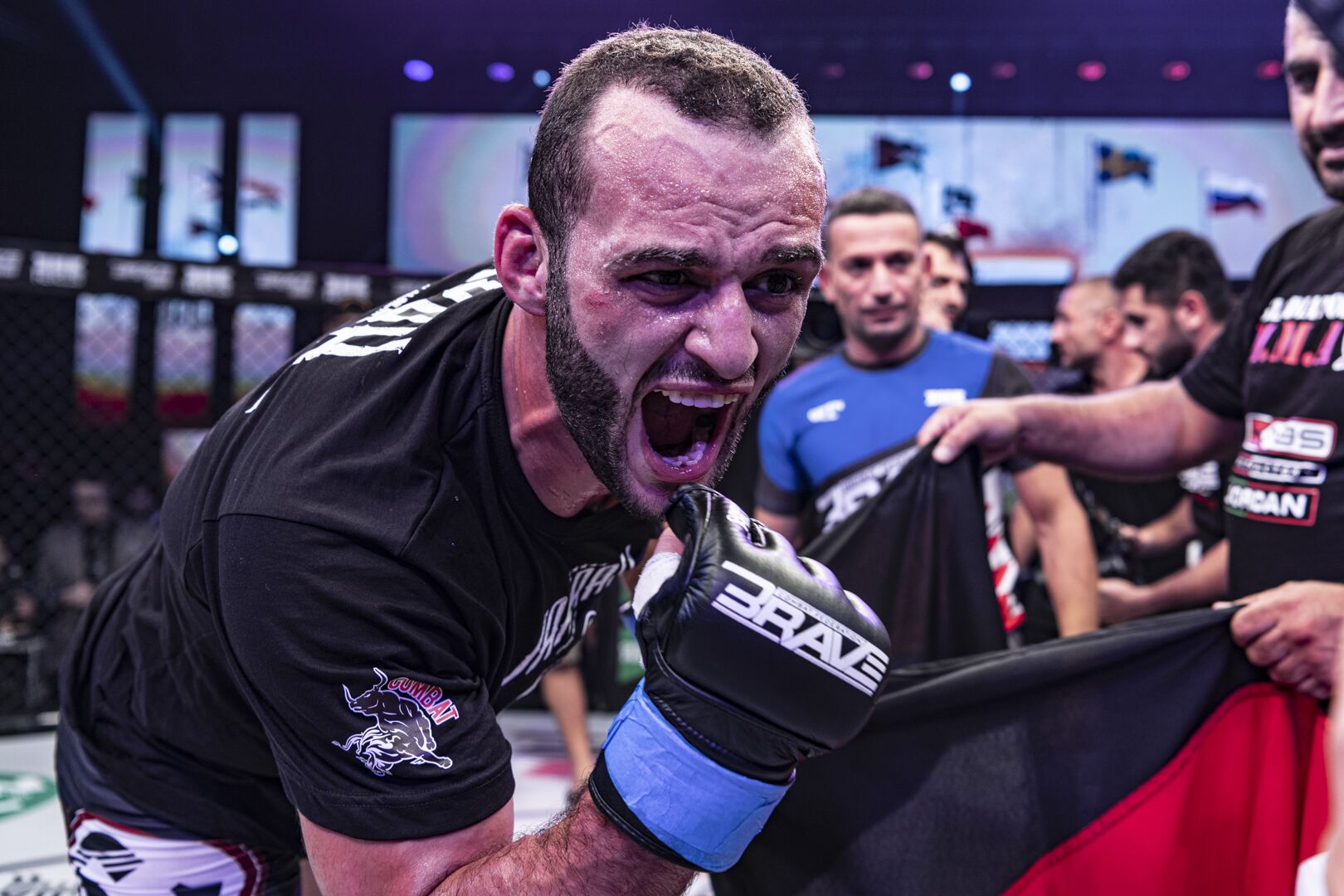 The war of words continues between BRAVE Combat Federation world champion Jarrah Al-Selawe and his future opponent Khamzat Chimaev, currently dubbed as the biggest prospect in Europe and undefeated as a professional.

The upcoming blockbuster fight has been hailed by MMA legend Alexander Gustafsson as the biggest fight of the year in Sweden, and it opposes two of the best Welterweight fighters on the planet – Jarrah Al- Selawe, widely recognized as the greatest fighter in Middle East history, against Gustafsson’s personal friend and teammate, Chimaev.

The rivalry is intense and with the delay to the event due to the Coronavirus Pandemic, the build-up continues to gather momentum and the hatred between both men intensifies. The fighters are raging a war against each other and neither one is holding back, publically provoking each other by posting on social media.

After being called a chicken by “Borz”, the current titleholder compared his rival to a sheep in a wolf’s skin.

Chimaev initially posted a photo in which his wolf was eating a chicken, with a leg hanging out of the wolf’s mouth and tagged Jarrah, asking his opponent if that was his leg.

Jarrah responded saying the “wolf would cry soon” and uploaded an image of a sheep in wolf’s clothing.

Khazmat then went on to post a short and rudimentary video montage of him and Jarrah, “trolling” the champion. In the video, Jarrah is shown as a child being pushed by his father in a toy cart while Khamzat shown as an infant drives past in a better car miniature. The post was captioned by Chimaev addressing Al-Selawe saying “See you soon boy”.

Jarrah responded by posting a photo of himself with the caption “My eyes are on the sky, my feet are on the ground. Stay ambitious, stay hungry and most importantly stay humble. Stop using hate and disrespect for promotional purposes, it looks so bad and won’t bring any results, at least from my part #notohate, #Notobullying

The ongoing fighting via their social media platforms has gained immense attention on social media, with fans of both men defending their idols in a friendly, but intense rivalry, which further fuels the fire and escalates the waiting of the fight to a fever pitch.

Chimaev has since then deleted the video and MMA fans wait to see who will make the next move and when.

Previous article
UFC News: Francis Ngannou with the classiest opinion on Jon Jones’ latest arrest
Next article
UFC News: Colby Covington claims Joanna Jedrzejczyk is mad at him for not taking her out on a date