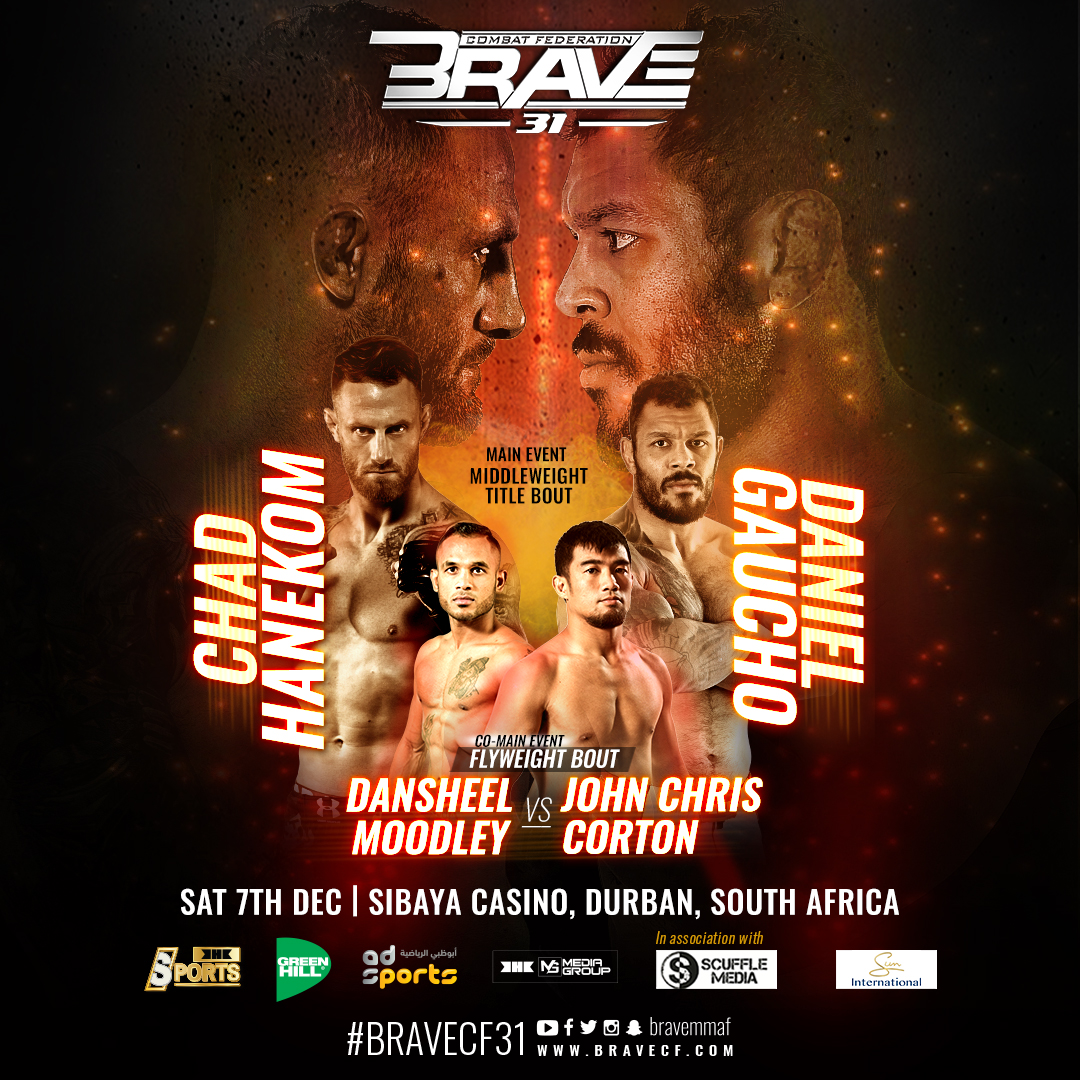 The Middleweight division will have a crowned champion on December 7th, as BRAVE Combat Federation returns to South Africa for BRAVE CF 31. Chad Hanekom will look to become the first-ever BRAVE CF Middleweight world champion in home soil, as he takes on KO artist Daniel “Gaucho” Souza in the main event.
“Superman” is one of South Africa’s biggest names and will look for international recognition as he battles “Gaucho”, who is coming off one of the most impressive knockouts of the year in his BRAVE CF debut, last August, when he put former top contender Bruno Assis to sleep with a haymaker at BRAVE CF 25.

Meanwhile, Hanekom is coming off two impressive wins of his own for BRAVE CF. The South African took care of Dominic McConnell and Leon Aliu in his two last outings, recovering from the lone defeat of his professional career, at the hands of Ikram Aliskerov in his promotional debut.
BRAVE CF’s return to South Africa will also have some of the top local fighters coming on against top international talent. The likes of Dansheel Moodley, Nkosi Ndebele, and Dimitri Fogg are all confirmed to fight, as well as Mzwandile Hlongwa and Jeremy Smith, who meet in one of the most anticipated matchups in African MMA history.
BRAVE CF 31 takes place in Durban, South Africa, on December 7th, and it marks the return of the fastest-growing MMA promotion in the world to the continent. Last year, BRAVE Combat Federation became the first global organization to hold an event in Africa and will organize a show for the third time, the second in South Africa.