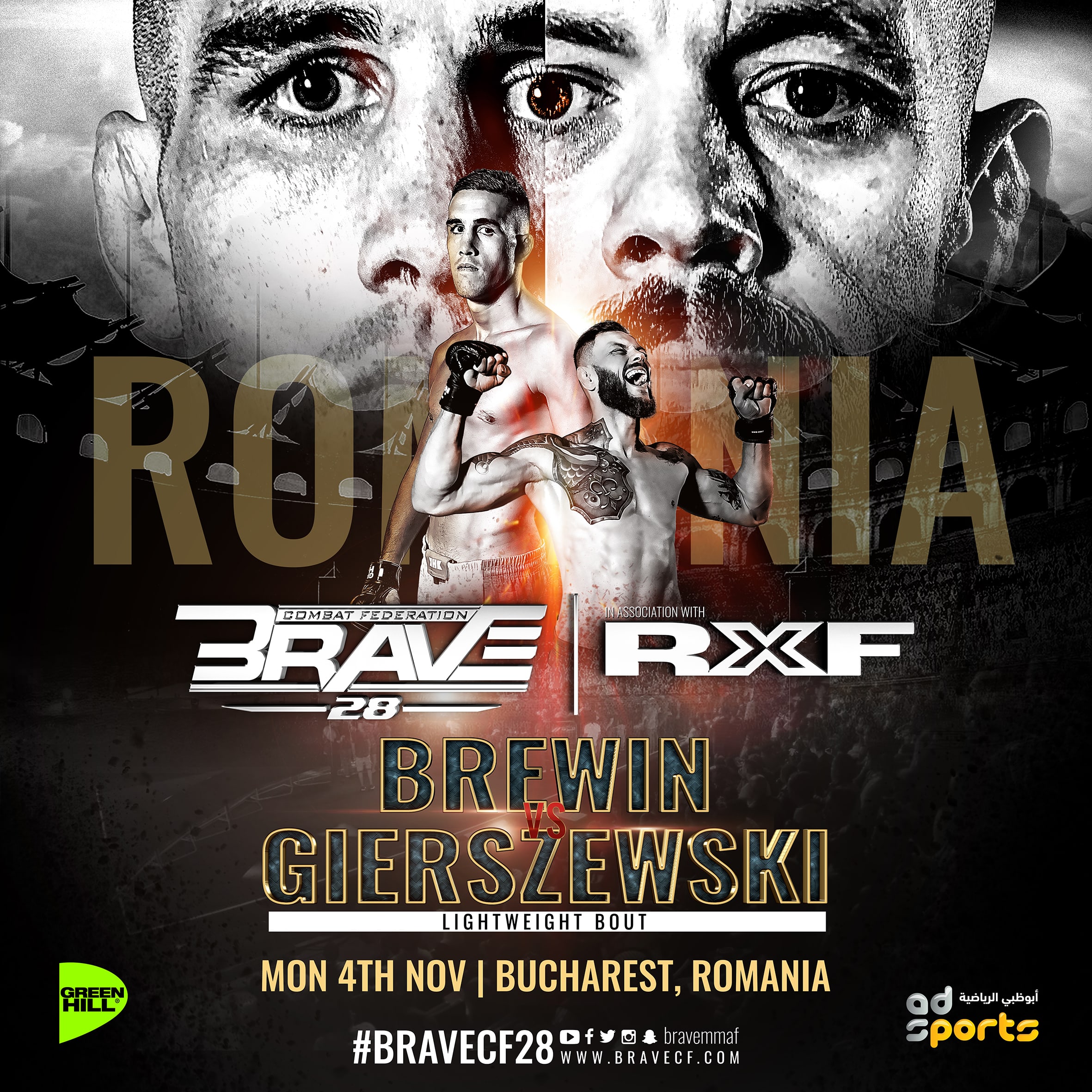 BRAVE Combat Federation’s commitment to developing mixed martial arts around the world continues to come to fruition as the fastest-growing organization in the world lands in Bucharest, Romania, for BRAVE CF 28, on November 4th. For BRAVE president Mohammed Shahid, the occasion calls for a celebration, as BRAVE CF continues to travel in Europe with its third event in three different countries.

Aside from Romania, Northern Ireland and England have been hosts of a BRAVE CF event, but Shahid is especially excited to travel for the first time to Eastern Europe, and is confident that BRAVE CF 28 will be the start of “something special”.
“We talk the talk and walk the walk. When we say we want to globalize the sport of MMA, we mean it. Romania is another place where the big organizations have been missing, but it’s full of talent and has immense room for growth. I can’t wait for BRAVE CF to land in Bucharest for an unforgettable event alongside our partners at RXF and the start of something special for MMA, BRAVE CF, and Romania”, said an excited Shahid.
BRAVE CF 28 will be headlined by a Lightweight match-up with possible title implications as top strikers John Brewin and Maciej Gierzsewski clash, with the winner being near title contention. Also set for fight night is the BRAVE CF debut of rising prospect Nikolay Grozdev, who takes on Issei Moriyama.