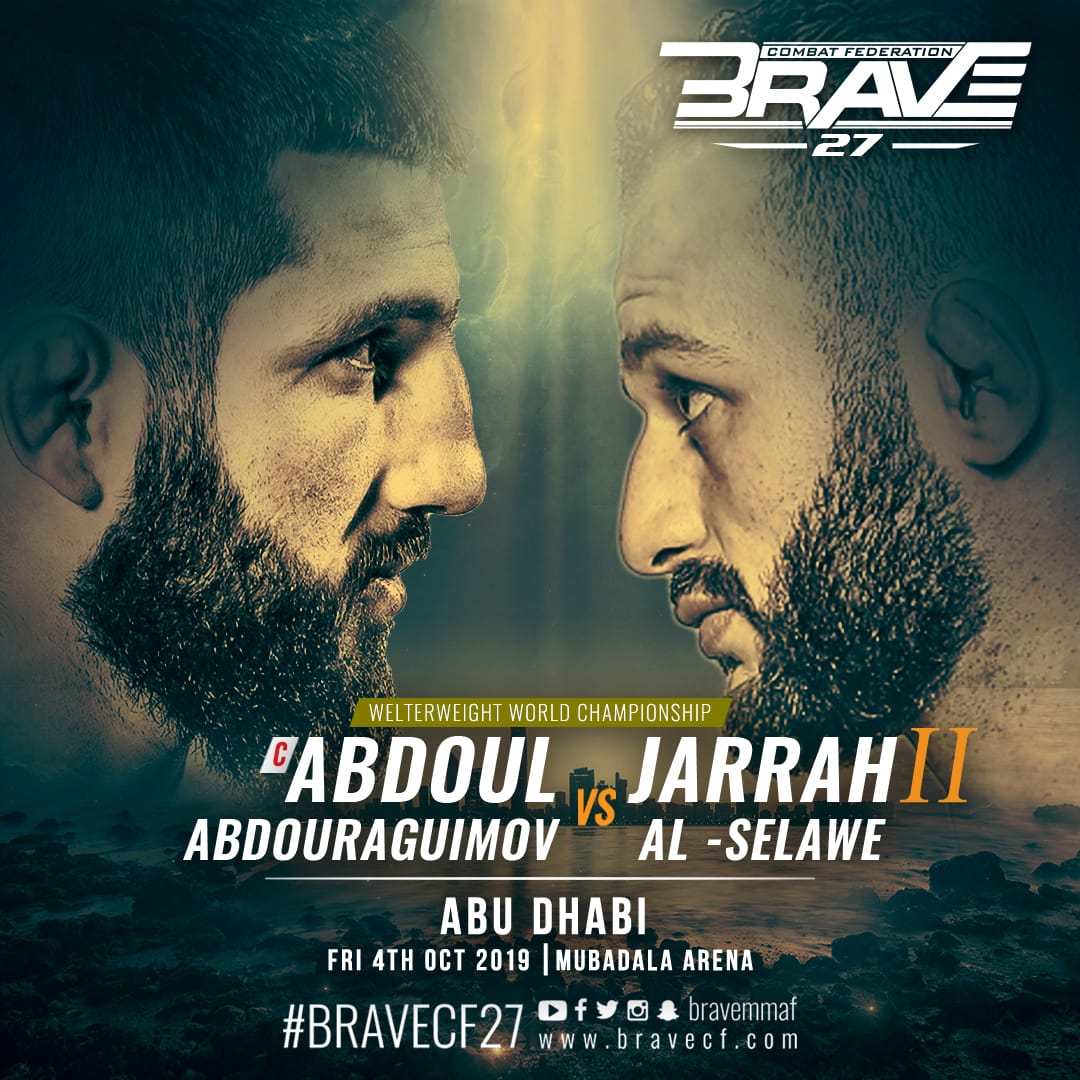 BRAVE Combat Federation has announced its return to Abu Dhabi for October 4th, when the most anticipated rematch in Arab MMA history will take place, as former Welterweight champion Jarrah Al-Selawe gets an immediate shot at reigning titleholder Abdoul Abdouraguimov. The duo fought for the first time back at BRAVE 23, in Amman, Jordan, and will run it back after one of the most evenly-matched fights in BRAVE CF’s history.
Abdoul got his shot at the title after two crushing victories against Sidney Wheeler and Rodrigo Cavalheiro last year. He traveled to Jarrah’s hometown of Amman for his title shot and came out victorious after five grueling rounds, in which he dominated early on, but was almost finished in the later frames. Abdouraguimov held on to win the title in a split decision and will look to erase any doubts in the rematch.

Jarrah has campaigned extensively for the another crack at “The Conqueror” as he felt he won the first fight between them, and will now have the chance to prove himself as the best Welterweight in the world at BRAVE 27.
The Abu Dhabi return comes on the back of two events in South America, as BRAVE Combat Federation continued with its promise to further develop the scene of mixed martial arts in Brazil, the spiritual home of the sport, and Colombia, a country with some of the most passionate fans and fighters in the world.
Further bouts will be announced in the coming days, as fans can expect yet another amazing fight card to hit Abu Dhabi, as BRAVE CF continues to showcase the best mixed martial artists in the Arab World, with its third event in the emirate in three years, always featuring at least one title fight.
For Jarrah, the return of BRAVE CF to Abu Dhabi brings good omen, as he first captured the Welterweight world title at BRAVE 16, which took place in the emirate, back in September of last year. Abdoul, on the other hand, will be making his Abu Dhabi debut, as the French-Russian world champion has fought in Morocco, Pakistan, and Jordan before for BRAVE Combat Federation.