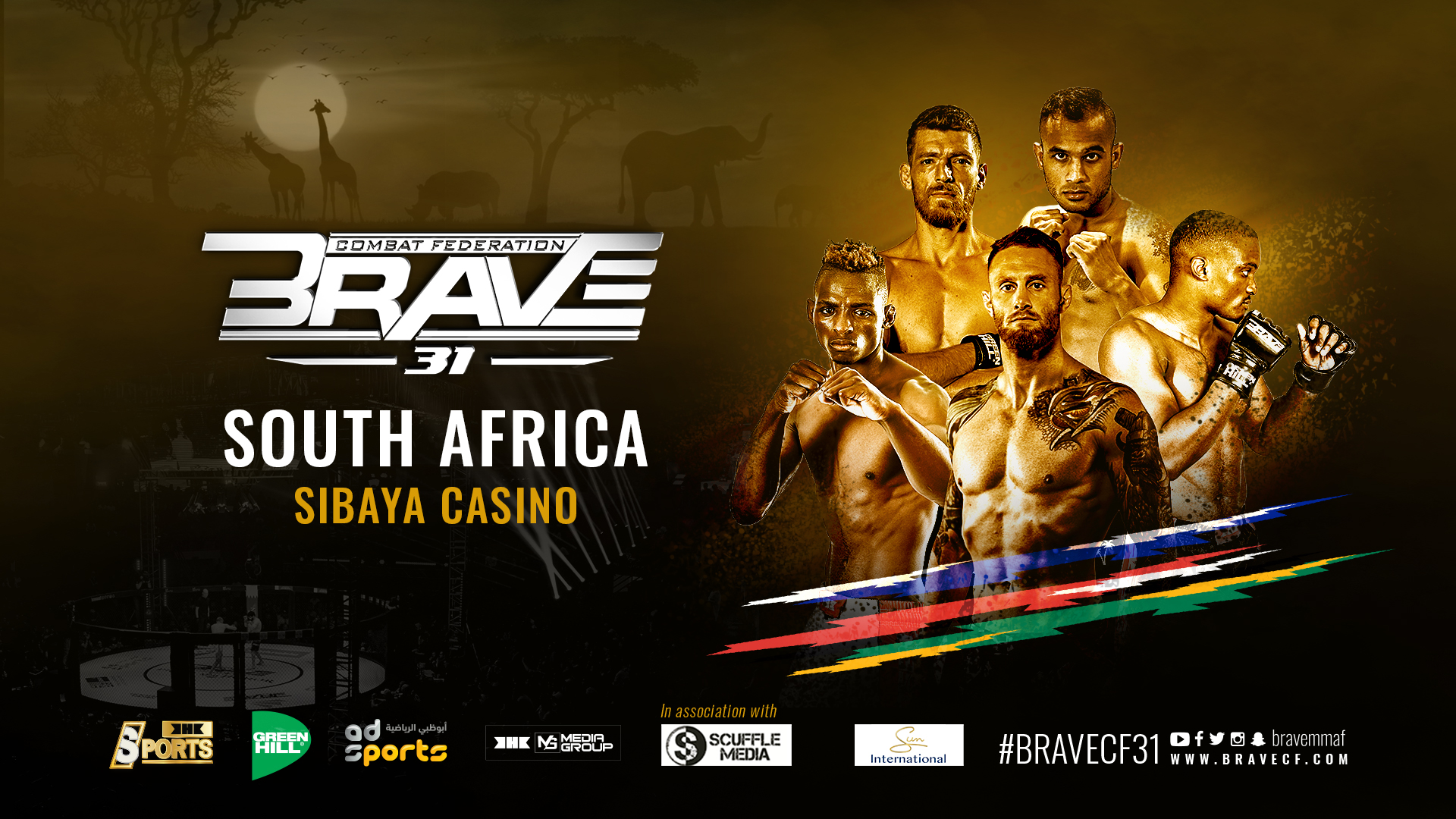 The fastest-growing mixed martial arts organization in the world will renew its commitment to the continent of Africa on December 7th. BRAVE CF 31 will take place in Durban, South Africa, marking the second time BRAVE Combat Federation will organize a show in the country, and third overall in the continent.
The promotion’s return to South Africa has been one of the promises of president Mohammed Shahid, who made sure that BRAVE CF became the first global promotion to put on an international show in African soil when BRAVE CF landed in Morocco last year. After the massive success of BRAVE CF 14 in Tangier, the organization made its much-anticipated debut in South Africa, with BRAVE CF 19.

Fight fans from around the world can expect an explosive card, with one world title on the line, and several of Africa’s top up-and-coming stars set to collide with the biggest international stars in BRAVE CF’s roster.
In the next few days, the organization will announce the bouts that will make up BRAVE CF 31, as South Africa gears up for an unforgettable end of the year for mixed martial arts fanatics.