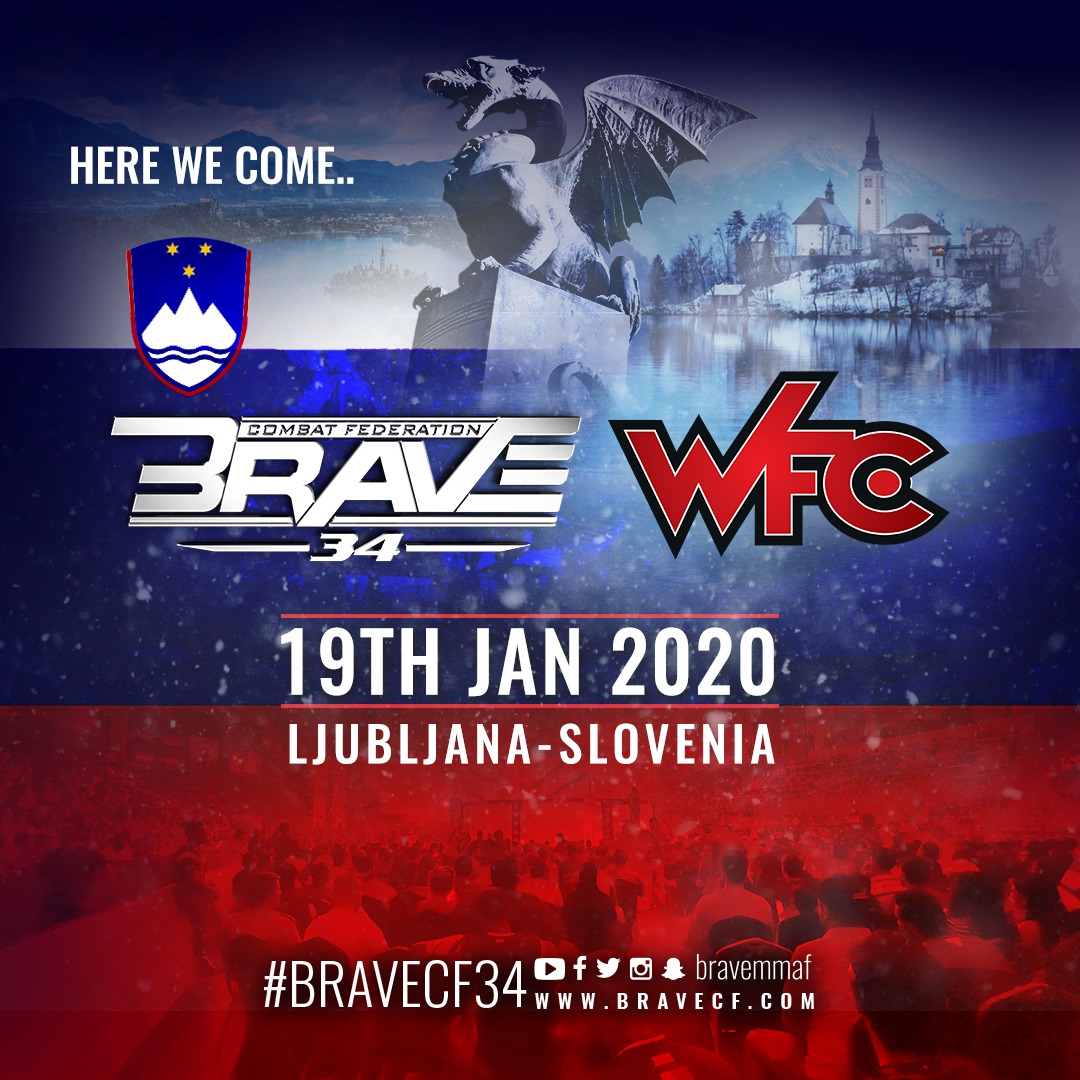 BRAVE Combat Federation will keep landing in new territories in 2020, as the fastest-growing organization in the world will move on from its month of madness in December, with three events in three different regions, to its debut in Slovenia. BRAVE CF 34 will take place in Ljubljana, on January 19th, in an exclusive partnership with WFC, the leading promotion in the region.
The partnership was closed during the visit of Mr. Zlatko Mahic, the president of WFC, to the Kingdom of Bahrain during the BRAVE International Combat Week. While in Bahrain, Mr. Mahic had a meeting with Mohammed Shahid, president of BRAVE CF, when the two parties agreed to partner up and help the development of the booming MMA scene in the Balkans.

In the coming weeks, BRAVE Nation fans can expect the full fight card to be announced, as Slovenia gears up to become the 19th nation to host a BRAVE Combat Federation show, as the organization keeps pushing for worldwide opportunities from fighters from all corners of the globe.
BRAVE CF 34 will mark the first time BRAVE Combat Federation lands in the Balkans, as well as the fourth show to take place in the continent of Europe. BRAVE CF has also hosted events in Africa, South America, North America, Middle East, South East Asia, and will make its debut in Central Asia on December 14th, with BRAVE CF 32 taking place in Kyrgyzstan.