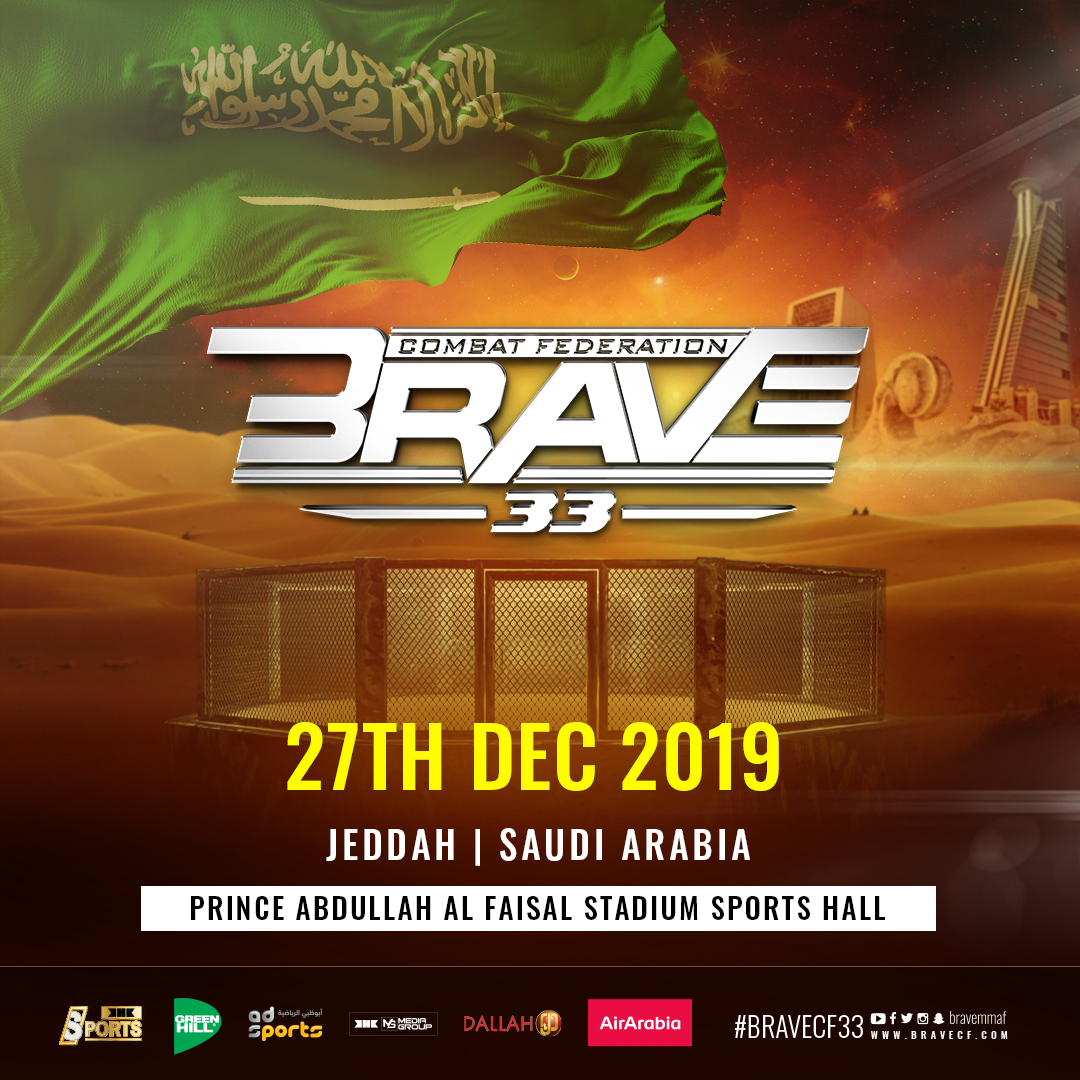 BRAVE Combat Federation has extensively traveled around the world once again throughout 2019, a year which will see the fastest-growing organization in the world make its debut in the Philippines, England, Romania, and Kyrgyzstan (to take place on December 14th). However, the year will end in a familiar setting as BRAVE CF makes it much-anticipated return to Saudi Arabia for the last event of 2019.
BRAVE CF 33 will take place once again in Jeddah, this time on December 27th, and the promotion promises to put on yet another extravagant show, following the success of BRAVE CF 21, last year, when the country stopped to watch the BRAVE CF warriors put on a show. Last year, the organization’s debut in Saudi Arabia ended up being more successful than several sporting events that took place in the same month in the Kingdom.

The expectations will be to surpass the success of BRAVE CF 21 this time around, and the promotion is looking for yet another top fight card to help with that. The fights that will make BRAVE CF 33 will be announced in the next days, but local and international fans can expect the top stars in the roster to go for one last victory in 2019.
BRAVE CF 33 will be the twelfth and final BRAVE Combat Federation show of 2019, as the promotion keeps its promise of putting on an average of one show per month around the world. During this year, aside from debuts in the four countries, there have been returns to familiar settings. Aside from Saudi Arabia, BRAVE CF has returned to Jordan, Brazil, Colombia, the United Arab Emirates, Bahrain, India, and South Africa.

Previous articleHanekom looking to become South-African ‘Superman’ with title win at BRAVE CF 31
Next articleHawes to keep close eye on BRAVE CF 31, wants winner of Hanekom vs Gaucho for title