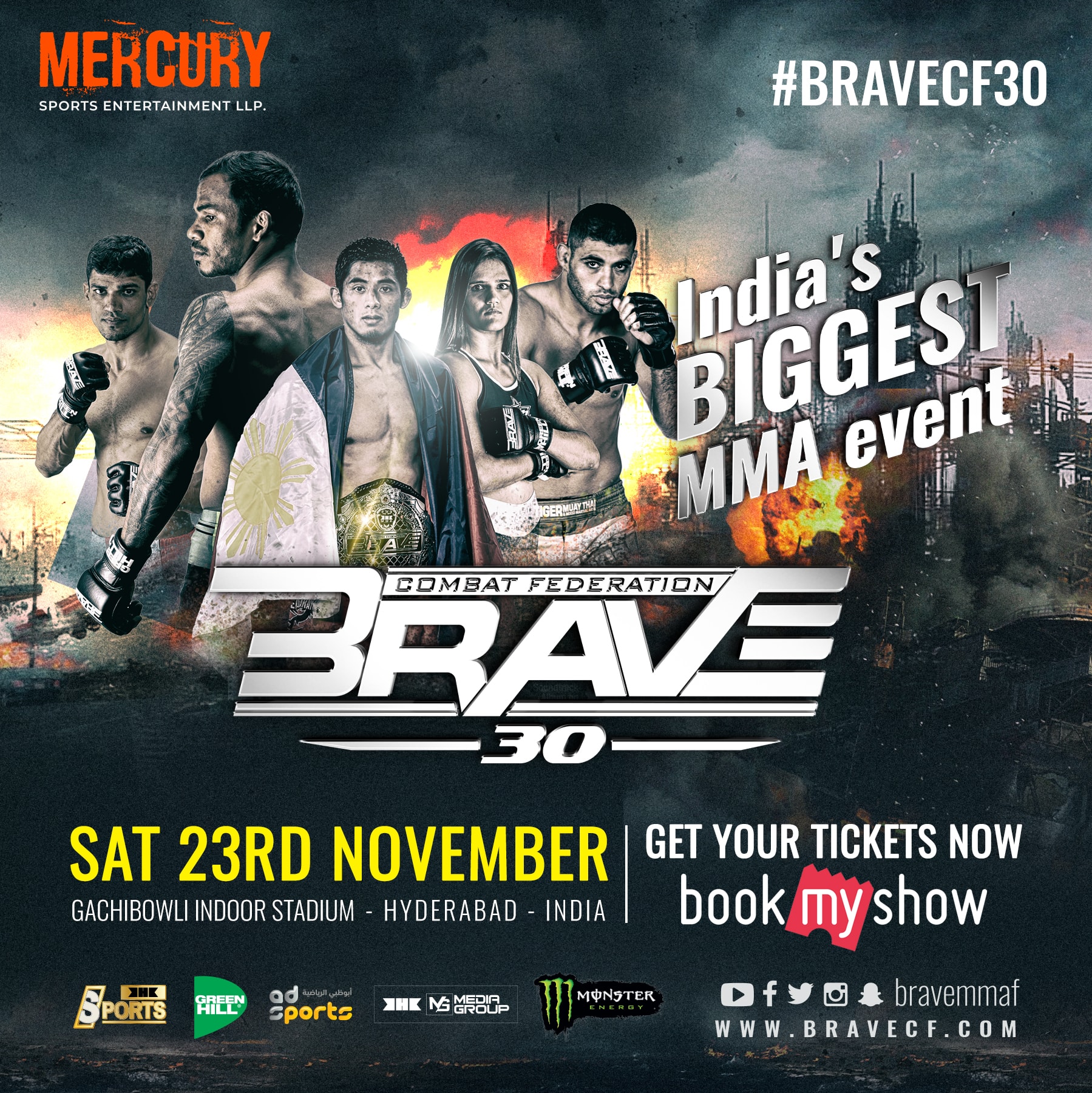 Barely a week after the groundbreaking BRAVE CF 29, the fastest-growing MMA organization in the world will return to India with yet another amazing fight card for the passionate fans in Hyderabad. BRAVE CF 30 will take place on November 23rd and will feature a title fight, and the biggest local stars coming up against top international athletes.
It will be the third time a BRAVE Combat Federation show lands in India, which proves the commitment the organization has with showcasing local talent to a global audience, as well as providing a platform for young stars to aim and develop into global phenoms.

“This is what we do. India has been amazing to BRAVE Combat Federation, and we will begin to return the favor on November 23rd, with a stellar fight card that will stop the country. It is our wish to develop the sport further in the country and this is just one of the steps we’re taking in that direction”, said BRAVE CF president Mohammed Shahid, hinting at other initiatives that will take place in India for the foreseeable future.
BRAVE CF 30 follows the stunning success of BRAVE CF 5, which took place in Mumbai, and MTV BRAVE CF 20, which was also in Hyderabad, and posted top numbers in Indian TV, with BRAVE CF firmly establishing itself as the number one organization in the country.
In the next days, the match-ups for BRAVE CF 30 will be announced, but fans can expect an amazing night of fights and a world champion to defend his belt in Indian soil.