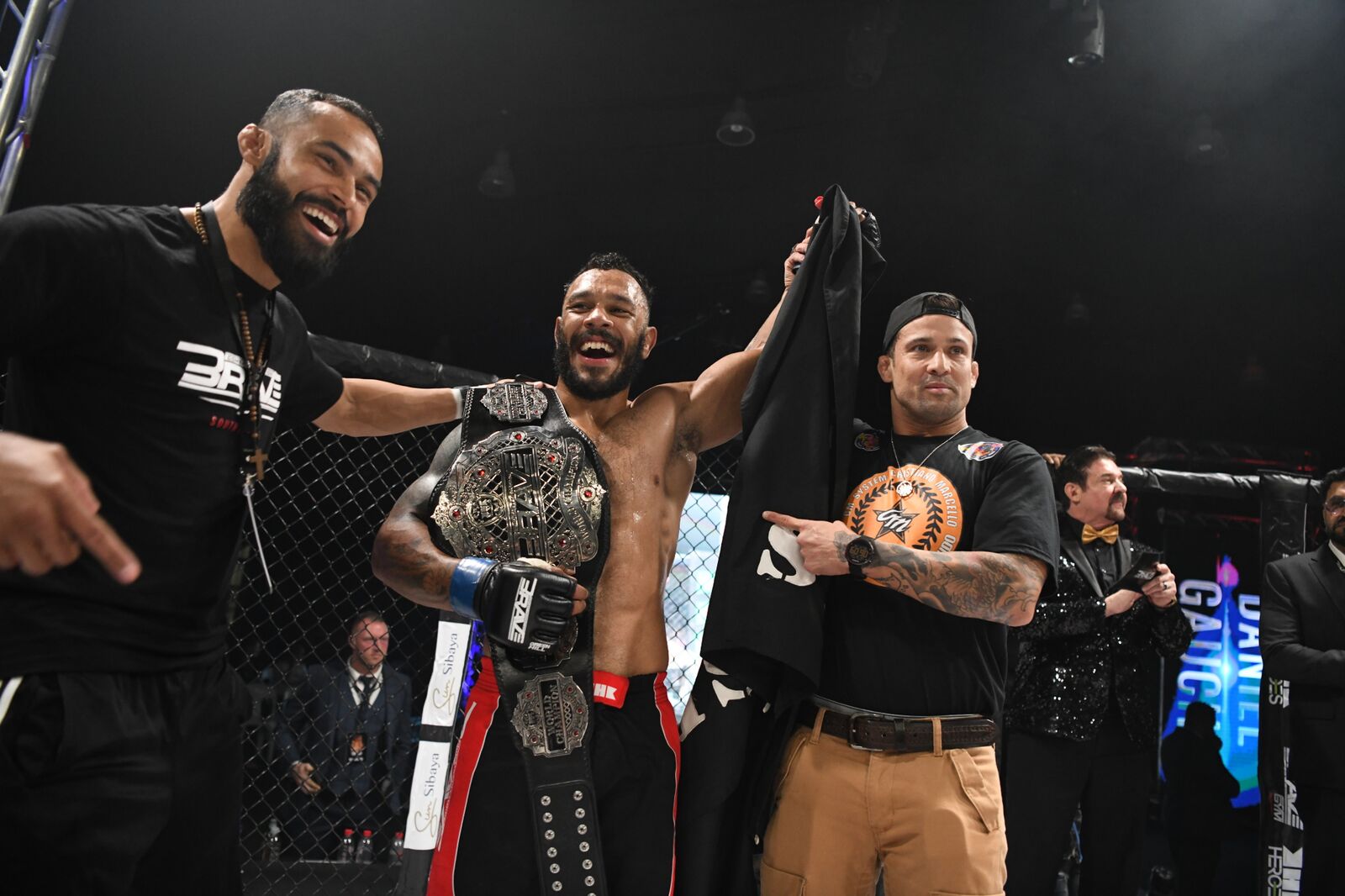 It was a night to remember for Daniel “Gaucho” Souza Pereira, who wrote his own name in the history books as the first-ever BRAVE Combat Federation Middleweight world champion. With a violent performance in the main event of BRAVE CF 31, in Durban, South Africa, he silenced the South-African fans by knocking out local hero Chad Hanekom in the second round.

With a sprawl-and-brawl tactic, Daniel was able to fend off submissions attempts by Hanekom in the first round, before hurting him in the last few seconds. Still stunned, Hanekom came out in the second round without being able to fight to the best of his abilities, which played into the Brazilian powerhouse’s hand. 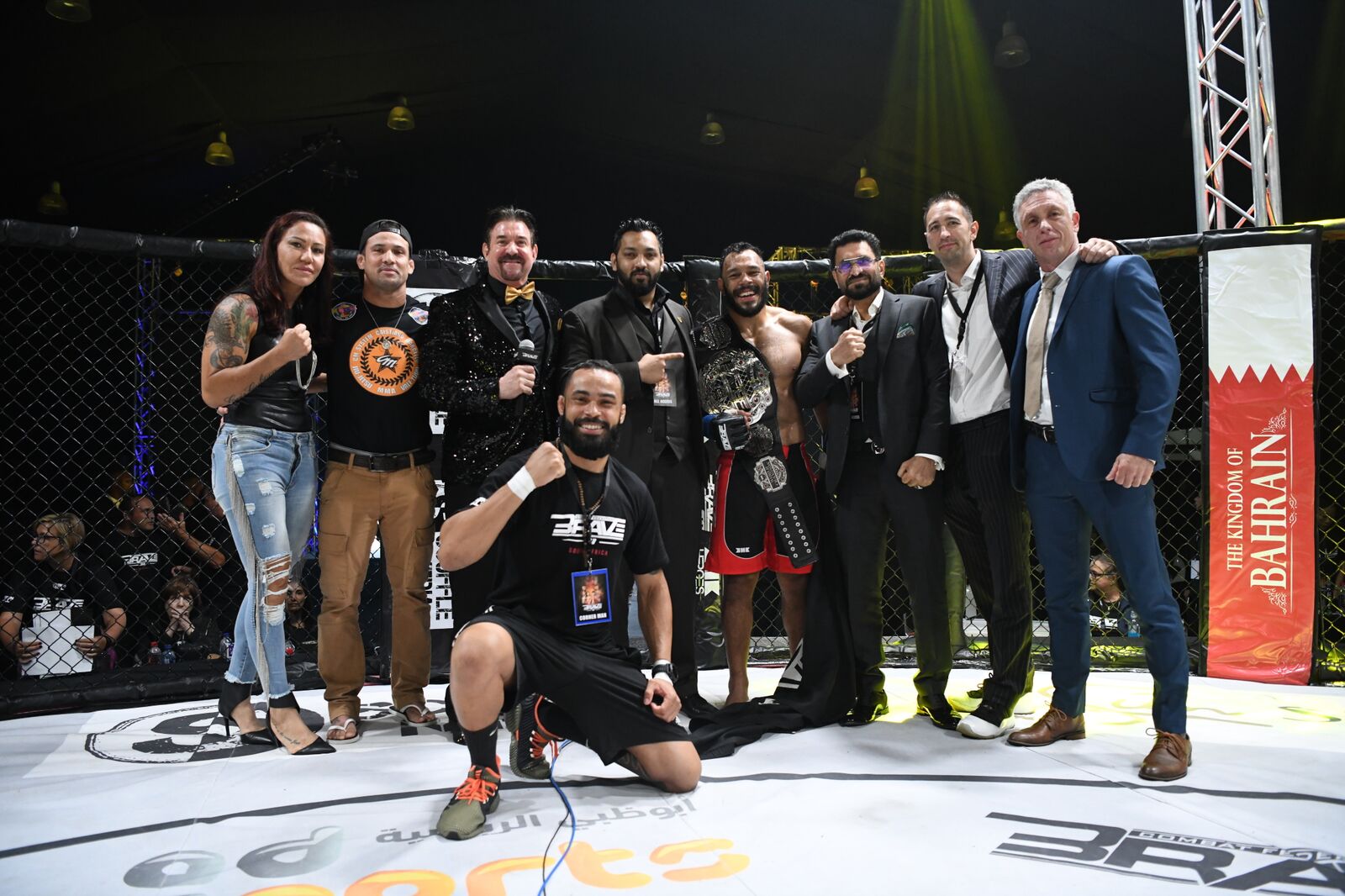 Showing a lot of patience by waiting for the right moment to attack, Daniel connected with a violent combination and kept on Hanekom until the referee stopped the fight, putting him amongst BRAVE CF folklore as the first-ever world champion in the Middleweight division.

Also on the incredible fight night, a great performance by both Djamil Chan and Amin Ayoub ended with the French debutant having his hand raised, as he locked in a surprise and quick guillotine choke in the third round.

Jeremy Smith and Mzwandile Hlongwa lived up to the hype and put on an unforgettable show for the Durban crowd, as both men kept swinging for the fences from the first to the last minute. In the end, the effectiveness of Hlongwa was too much for Smith.

Opening up the main card, another violent KO, as Kevin Ruart put the lights out on Ibrahim Mane after the two men had an incredibly close first two rounds.