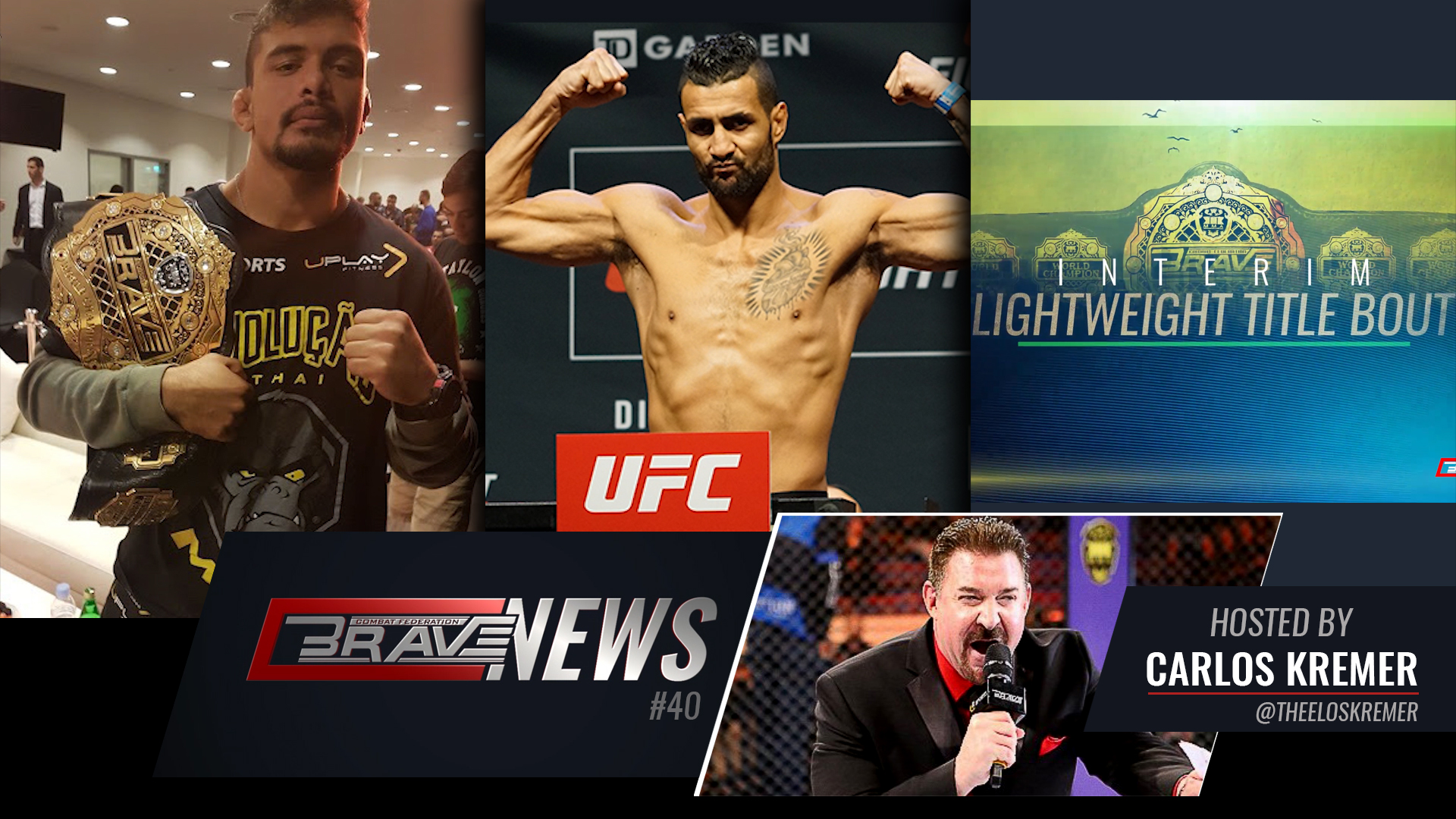 The online show that keeps fans updated on everything Brave-related comes back this week with great news from two additions to the promotion’s roster. The Ultimate Fighter alumni Mehdi Baghdad has signed a deal with Brave Combat Federation, alongside with the previously announced Karl Amoussou. Both men will soon be making their promotional debut.
The Brave 11 fight card has started to take shape. Apart from the main event between Lucas “Mineiro” Martins and Luan “Miau” Santiago, three more fights were confirmed for the April 13th card: Georges Bardawil, from Lebanon, versus Carlos “Carlin” Soares, from Brazil; Marcel Adur vs Fernando Laurenço, both from Brazil, in the flyweight division; and Rodrigo Cavalheiro versus Alessandro Gambulino, also in a Brazilian contest, this time in the Welterweight division.
But the report from Brave 11 comes with some bad news as well. The promotion’s third installment in Brazil suffered an important loss with Kennedy Nzechukwu, from Nigeria, withdrawing due to an injury. With Kennedy pulled from the card, the Light Heavyweight champion Klidson de Abreu now waits for a replacement in his first title defense.
To wrap up this edition, a bit of animosity between friends Lucas Mineiro and Luan Miau Santiago, ahead of their interim title bout at Brave 11. Santiago came publicly to say that, even though he respects Lucas a lot, he’s having the best training camp of his life and is sure that he’s going to stop the veteran on April 13, something that had happened only twice in his 22-fight career.
To watch the recent updates of BRAVE CF, click on the link below.
https://www.youtube.com/watch?v=u2-gcmhVj98

Previous articlePhotos: The Lyoto Machida Story
Next articleWWE: What to look forward to on tonight’s episode of SmackDown