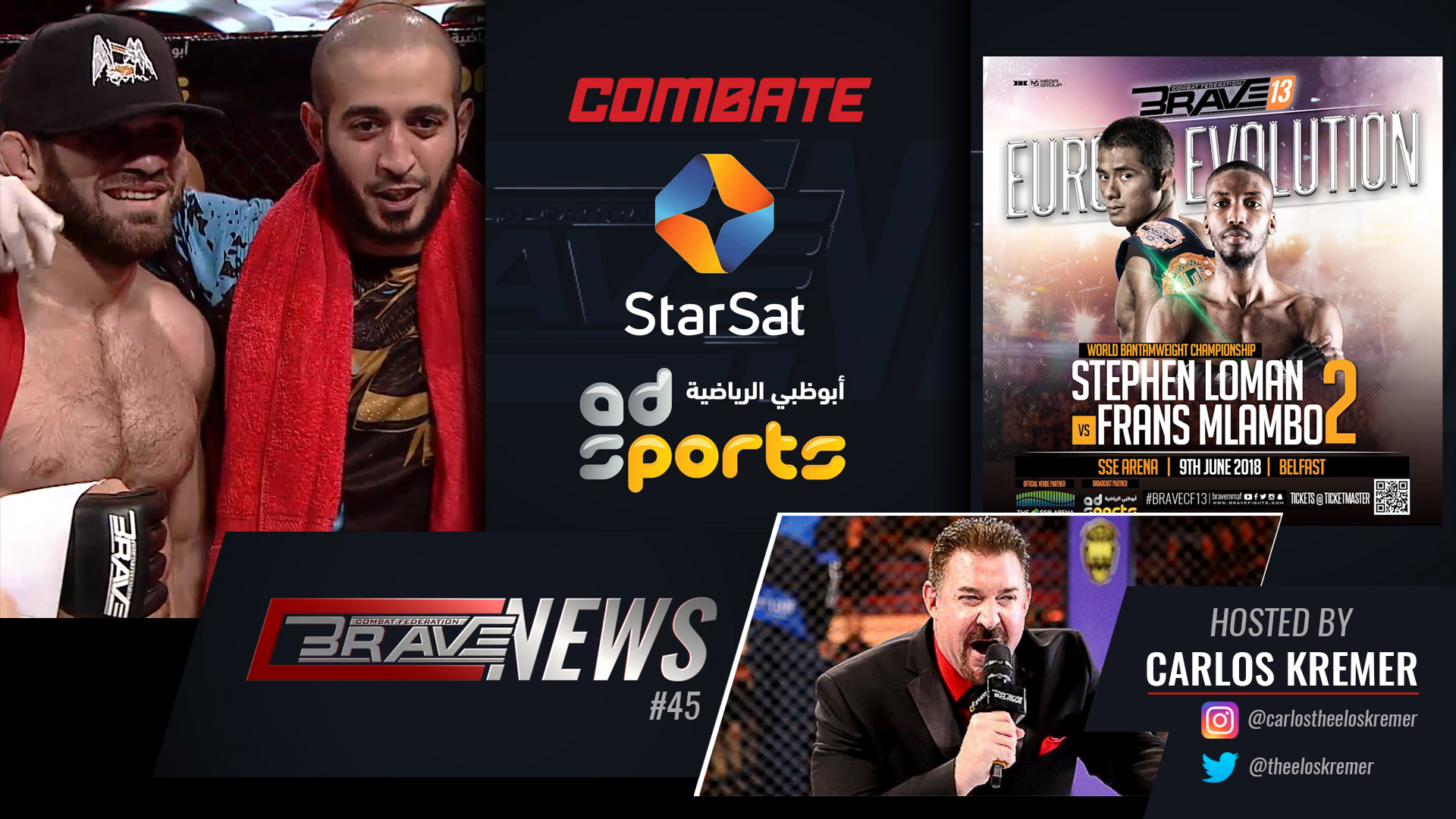 Brave News, the online show that keeps fans up to date with everything related to the fastest-growing MMA promotion in the world, comes back this week with news from the organization’s upcoming Europe debut. Brave 13: Euro Evolution goes down at the SSE Arena, in Belfast, Northern Ireland, on June 9th, and will feature some of the best athletes from Brave’s roster.

The show, which will be broadcast live by Combate, StarSat and Abu Dhabi Sports, will feature the likes of Mohammad Fakhreddine, who will be back to the Brave cage after his first TKO loss. SBG Ireland’s Cian Cowley will make his promotional debut in the preliminary card, facing off against Daniel Olejniczak in a Catchweight bout.
Meanwhile, Bruno Malfacine will make his return to competitive jiu-jitsu after a victorious Brave debut. The MMA phenom will go for his tenth straight Roosterweight world title at the beginning of next month.
Bertrand Amoussou, president of French MMA’s governing body, had special praise reserved for Brave Combat Federation, comparing the promotion to the legendary Pride Fighting Championships. Here’s what he had to say.
“Brave Combat Federation is a new organisation that already made its impact in the MMA World. That itself is a great achievement. I really like the fact that Brave is going everywhere and especially to Europe. Brave reminds me a little bit of Pride FC. They will put a big pressure to the other European organisations and force them to raise their standard. Which is good for the MMA industry”.
Finally, Stephen Loman and Frans Mlambo will face each other once again in the main event of Brave 13, with Bantamweight gold on the line. And our Fight of the Week features the first encounter between the pair, which Loman was able to win in a unanimous decision verdict.

Previous articleBoxing: Badou Jack accidently punches referee in fight against Adonis Stevenson
Next articleUFC: Tecia Torres feels Joanna Jedrzejczyk should be more humble, says Jedrzejczyk has no right to call herself the “Queen” of strawweights