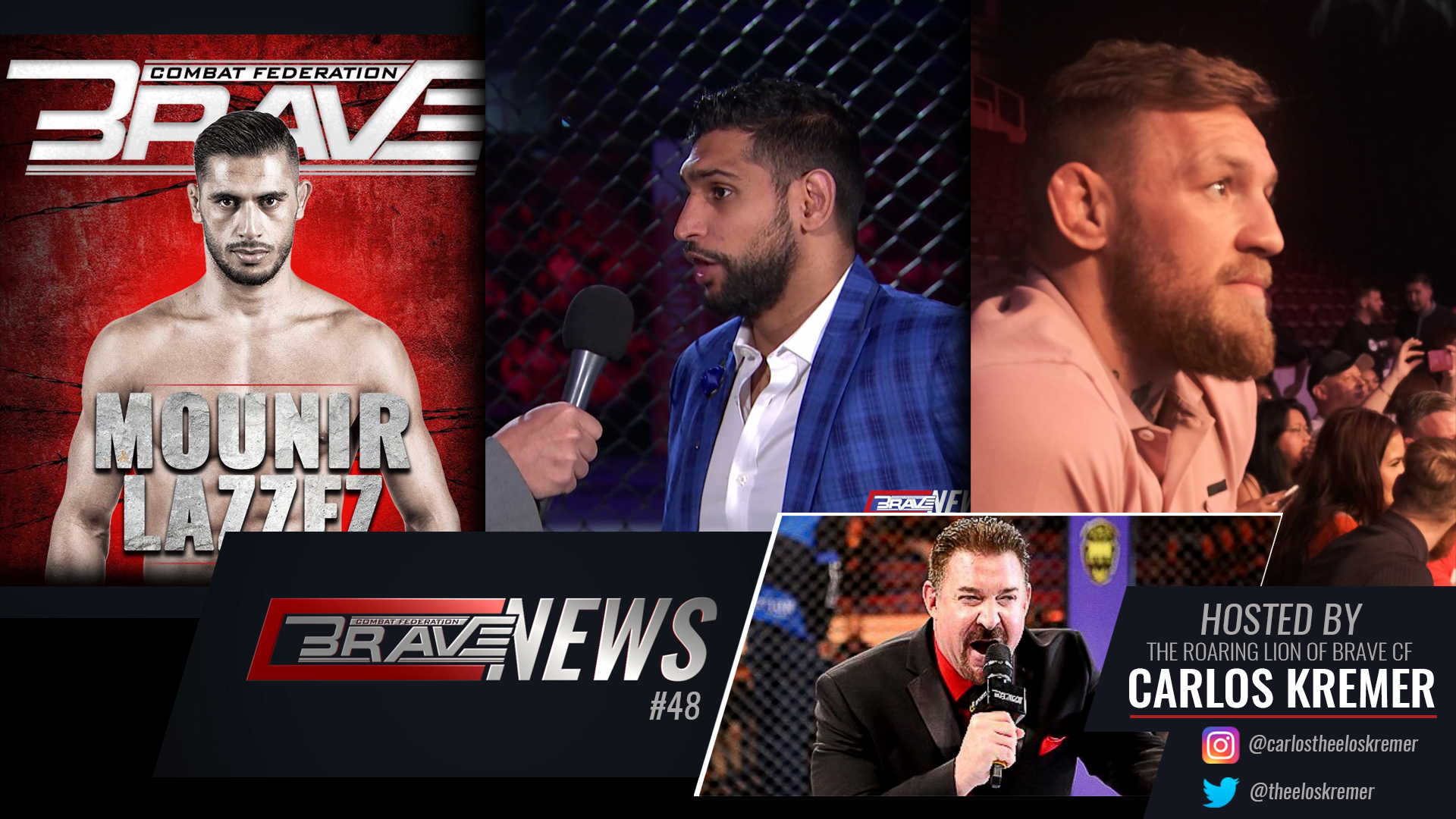 Brave News, the online show that keeps fans updated on everything related to the biggest MMA promotion in the Middle East, comes back this week with great news for fight fans around the world, as the organization has signed highly-touted Mounir Lazzez, from Team Nogueira Dubai. The undefeated star joins the already stacked Welterweight division, seen by fans and media as the richest weight class in Brave Combat Federation.
Brave made history in Europe with an exciting fight night at Belfast. Brave 13: Europe Evolution showcased some of the most exciting moments in the history of the promotion founded by His Highness Sheikh Khalid bin Hamad Al Khalifa. The promotion announced the performance bonus for fighters at Brave 13: Europe Evolution. Aidan James, Cian Cowley, Chad Hanekom and Rodrigo Cavalheiro were the recipients for their performances in Belfast.
Norman Parke has set his eyes on interim Lightweight champion Lucas Martins and challenged his Brazilian rival to defend the interim belt. The Lightweight division of Brave Combat Federation is getting buffed up for more action.
Brave Combat Federation continues to unite economic activities between the Kingdom of Bahrain and hosting destinations. The promotion not only partnered with local business in Belfast but also announced a focused approach for sustained partnership with projects in Europe. The promotion also partnered with Fite TV, Eir Sports and Ran Fighting to broadcast the event live.
Finally, John Kavanagh explained why Dublin would be the ideal city to host Brave Combat Federation in the near future. With more events promised in the second half of 2018 which city do you think will be ideal to host Brave Combat Federation in Europe? Send your replies on Twitter with the hashtag #BraveCF