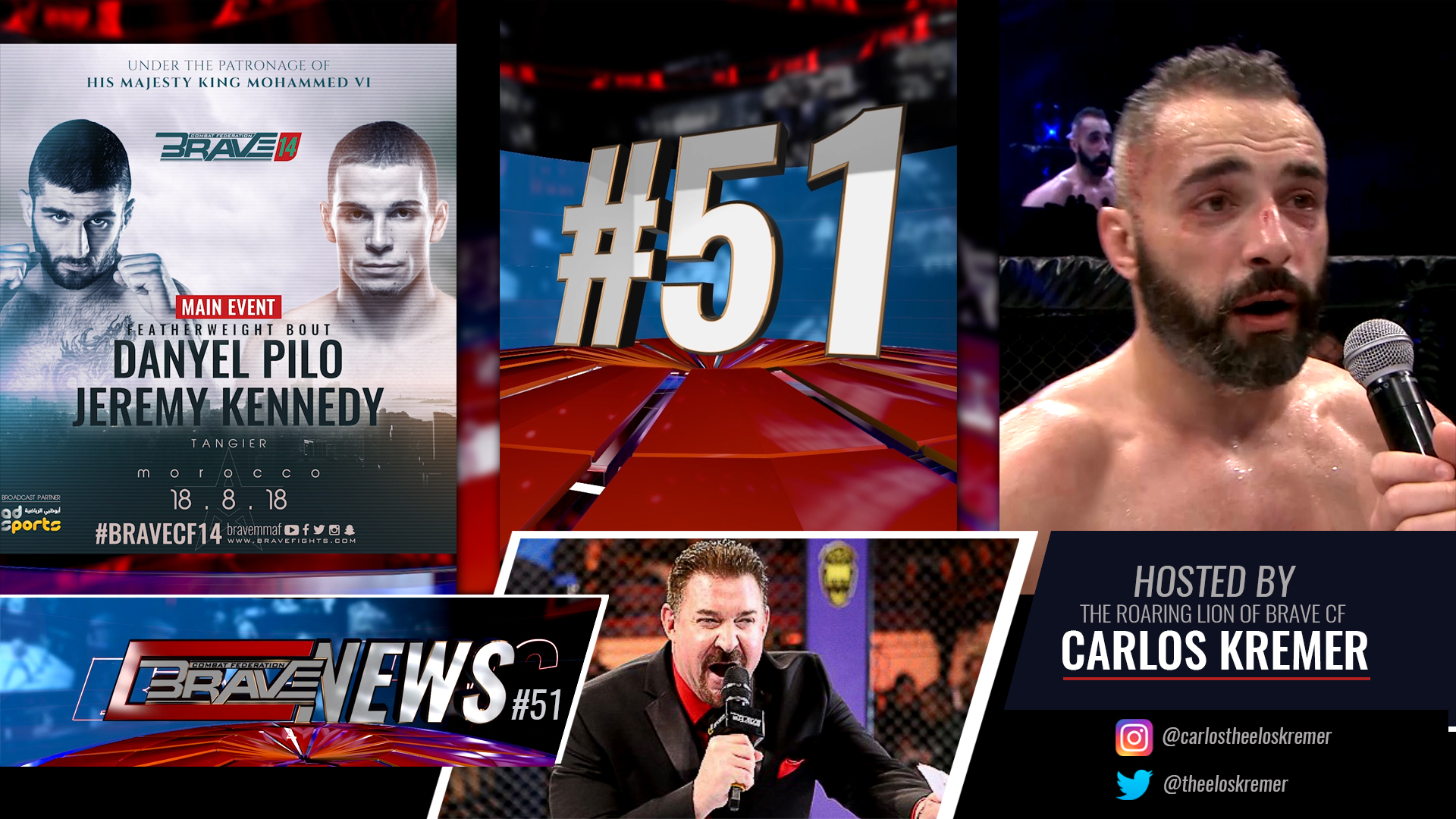 Brave News, the online show that keeps fans around the world updated on everything related to the biggest MMA promotion in the Middle East, comes back for its 51st edition with exciting news as the show has a new look, with host Carlos Kremer ahead of all the news regarding Brave 14, which will take place in Tangier, Morocco, on August 18th.

The main event has been announced with a Featherweight matchup as Canadian star Jeremy Kennedy makes his Brave Combat Federation debut against newcomer Danyel Pillo. The matchup follows the other two announced fights – Sidney Wheeler x Abdoul Abouraguimov at Welterweight and a Bantamweight duel between Felipe Efrain and Arnold Quero.
Meanwhile, the show also announced a new addition to the roster. Keith Lee, brother of UFC star Kevin Lee, has signed a multi-fight contract with Brave. He trains out of Xtreme Couture as does Jeremy Kennedy.
Another MMA star has visited and trained at the world-class facilities of KHK MMA in Bahrain. Zabit Magomedsharipov used KHK MMA to train for his upcoming bout as he climbs the Featherweight rankings.
Brave Lightweight fighter and KHK MMA Head Coach Eldar Eldarov is gearing up to coach Bahrain at the 2018 IMMAF Asian Open Championships, as the country continues to rise, with a second place in the world rankings.
Flyweight contender Velimuard Alkhasov is another addition to the roster, as the undefeated fighter signed on to make his fifth appearance for Brave Combat Federation, after four professional wins elsewhere.
Tahar Hadbi has resumed training after recuperating from an arm surgery. The Welterweight from Algeria is not new to controversy. His latest statement is set to heat things up, with Mohammad Fakhreddine and Karl Amoussou the subjects of his trash talk.
Brave News drops on Brave Combat Federation’s YouTube channel at: www.youtube.com/bravemmaf