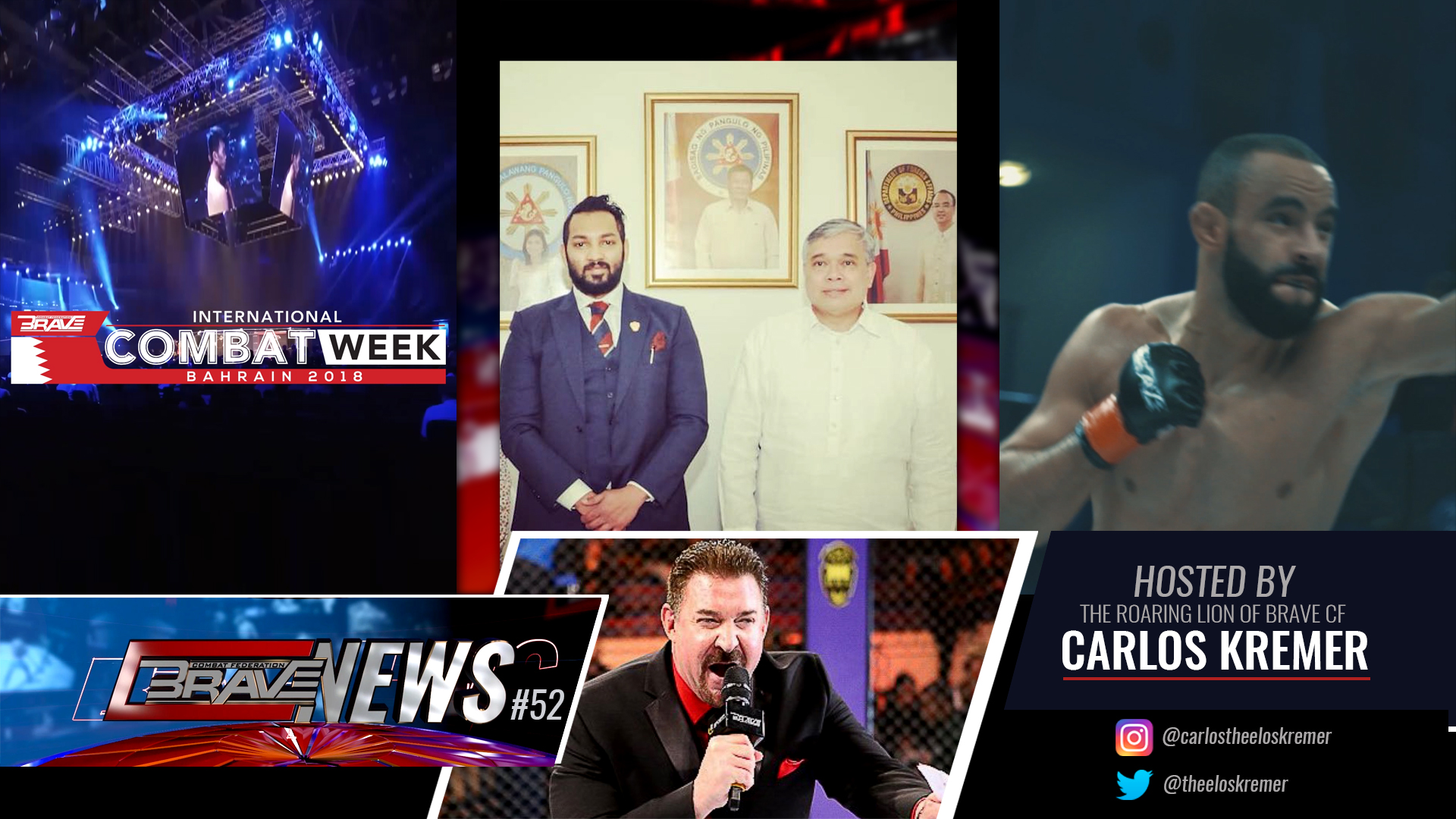 Brave News, the online show that keeps fans updated on everything related to the biggest MMA promotion in the Middle East, comes back this week with important news regarding the second half of 2018. According to officials, Brave will hold more events in the second semester than in the first. Stay tuned for more news relating to the next events in sight for Brave Combat Federation.
Meanwhile, president Mohammed Shahid has visited the Ambassador of Philippines in Bahrain, His Excellency Alfonso Ver. Could we be seeing a Brave event in Filipino soil soon?
Brave Middleweights have been excited as rumors continue to swirl around that the promotion might be adding a divisional championship soon. Standouts Chad Hanekom and Tarek Suleiman already spoke about their plans to focus on the belt should it become available in the next months. Undefeated Ikram Aliskerov, who has three wins inside the Brave cage, is a favorite to get the eventual title fight.
The promotion has announced that athletes from 10 nations will be competing at Brave 14, set for Omnisports Indoor Club, in Tangier, Morocco on August 18th. Promotional officials also updated fans on the possibilities of Ottman Azaitar competing at that event.
MMA pioneer in Pakistan and Haider Farman’s coach Ali Sultan has voiced his support for Brave possibly coming to the country in the next months. Sultan is also the head coach Fight Fortress and an influential figure in Pakistani MMA.
Finally, interim Lightweight champion Lucas “Mineiro” Martins has been involved in a great cause as he supported the Olga Kos Institute in his native Brazil. “Mineiro” posed for a photo shoot with mentally-challenged kids and his pictures will be sold in a calendar for 2019. Way to go, Lucas!
Brave News drops on a weekly basis on Brave Combat Federation’s official YouTube channel at www.youtube.com/bravemmaf.