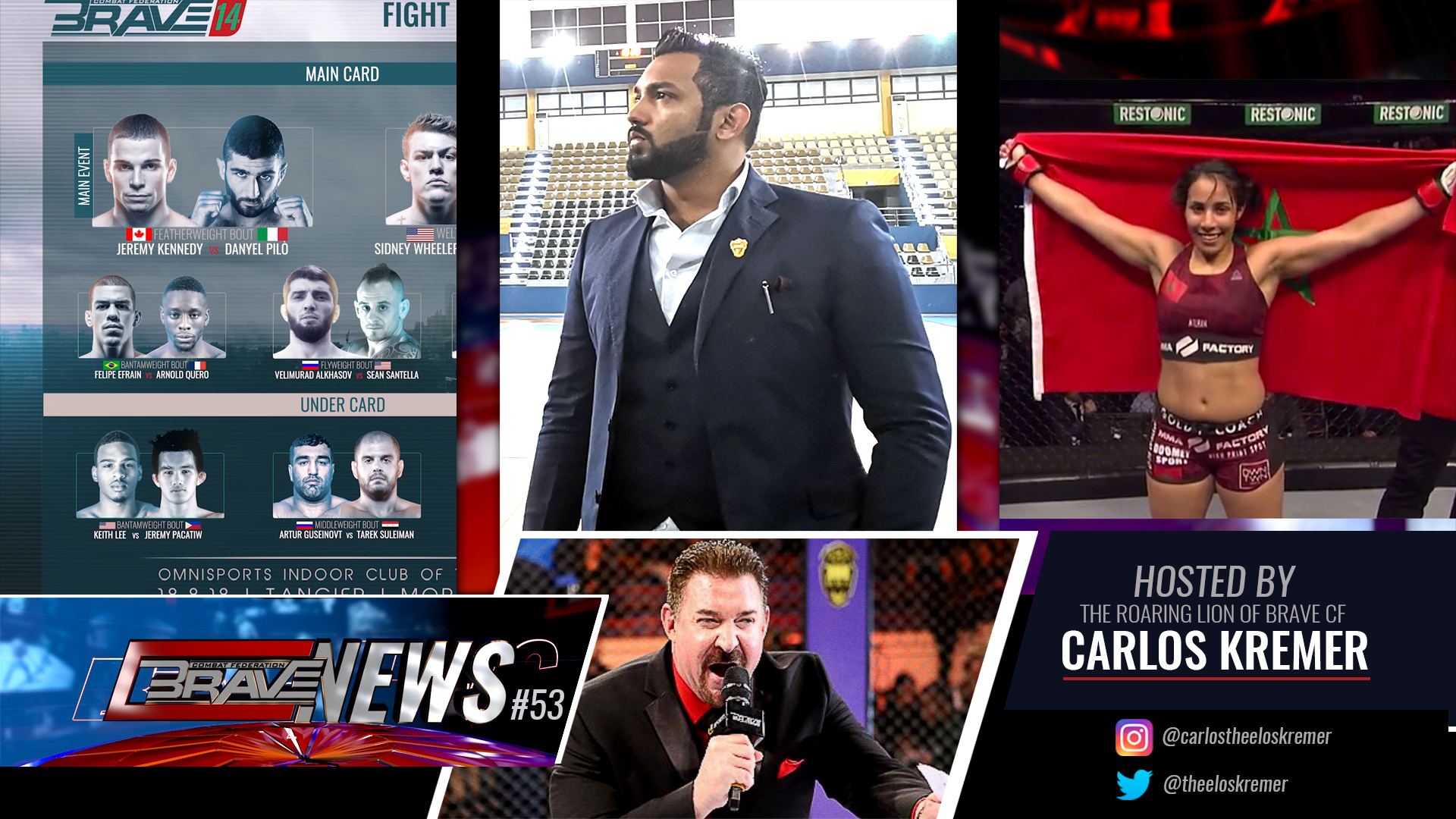 Brave News, the online show that keeps fans around the world updated on everything related to the biggest MMA promotion in the Middle East, comes back this week with updates from the next event. Brave 14, set for Tangier, Morocco, will mark the first time a global organization will set foot in Africa and the entire fight card was announced earlier this week.
The main event will pit Featherweights Jeremy Kennedy and Danyel Pilò, while Sidney Wheeler and Abdoul Abdouraguimov will face each other in a much-awaited USA x Dagestan clash.
Brave president Mohammed Shahid is on an official visit to Morocco ahead of Brave 14, which will be hosted under the patronage of His Majesty King Mohamed VI of Morocco.
Brave Combat Federation has partnered with some of the best names in the industry to make Brave 14 a reality. Combat Sports Equipment manufacturer GreenHill will be the official merchandise partner for Brave 14. Omnisports Indoor Club of Tangier has signed to become the official venue partner for Brave 14. The Royal Tulip Luxury Hotel, City center Tanger will host the athletes, fight team and the Brave Team for fight week.
Meanwhile, the social media team at Brave Combat Federation wants to hear from the fans who they feel should be next for Welterweight Knockout artist Rodrigo Cavalheiro. The Brazilian powerhouse is on a tear since joining Brave with two brutal KOs over Alessandro Gambulino and Karl Amoussou and is near a title shot at 77 kg. Head over to www.facebook.com/bravemmaf to vote on who should face Cavalheiro next.
Last but not least, Frenchman Arnold Quero has been backed up to make an impact at Brave 14. MMA fighter Rizlen Zouak, who represented Morocco at the 2012 Olympics in Judo, has supported Quero in his quest for a title shot at Bantamweight. He takes on Felipe Efrain in the main card of Brave 14.
Brave News drops on a weekly basis on Brave Combat Federation’s official YouTube channel at www.youtube.com/bravemmaf