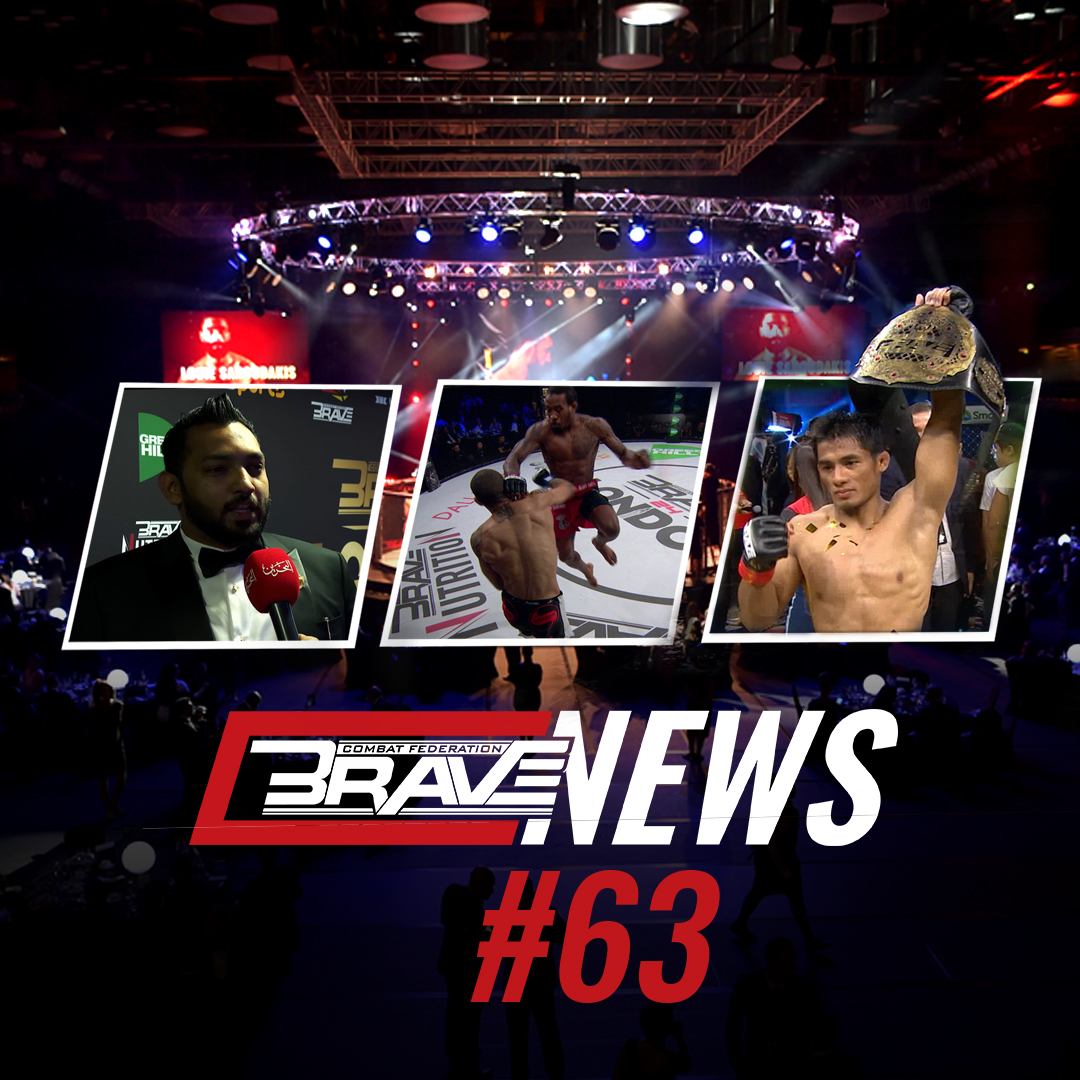 BRAVE NEWS, the online show that keeps you up to date with everything related to the fastest-growing MMA promotion in the world, comes back this week with a special recap of its biggest event yet. BRAVE 24: London was a gathering of 300+ VIP personalities that were connected to the exciting action of mixed martial arts with the purpose of empowering the sport and taking it to a new level.

The 24th edition of BRAVE Combat Federation took place at the Copper Box Arena, inside the Queen Elizabeth Olympic Park. The main event of the evening featured a title bout, as Featherweight world champion Bubba Jenkins retained his crown by beating Lucas “Mineiro” in the first round. Elsewhere, there were wins for Cameron Else and Maciej Gierszewski, with both men knocking out favorites Aidan James and Cian Cowley, respectively.
After their fights, Else and Jenkins both called out Bantamweight world titleholder Stephen Loman. The longest-reigning BRAVE world champion, “The Sniper” has been on a tear since joining the promotion and has five victories in as many fights. BRAVE NEWS took a closer look at his life and career in this edition of BRAVE NEWS Profile.
For BRAVE Rewind, BRAVE NEWS has brought back the promotional debut of champion Bubba Jenkins, as he was able to dominate former titleholder Elias Boudegzdame and beat him by decision at BRAVE 16, in September. Bubba is now 2-0 at BRAVE CF and hoping to book a fight soon against Loman.