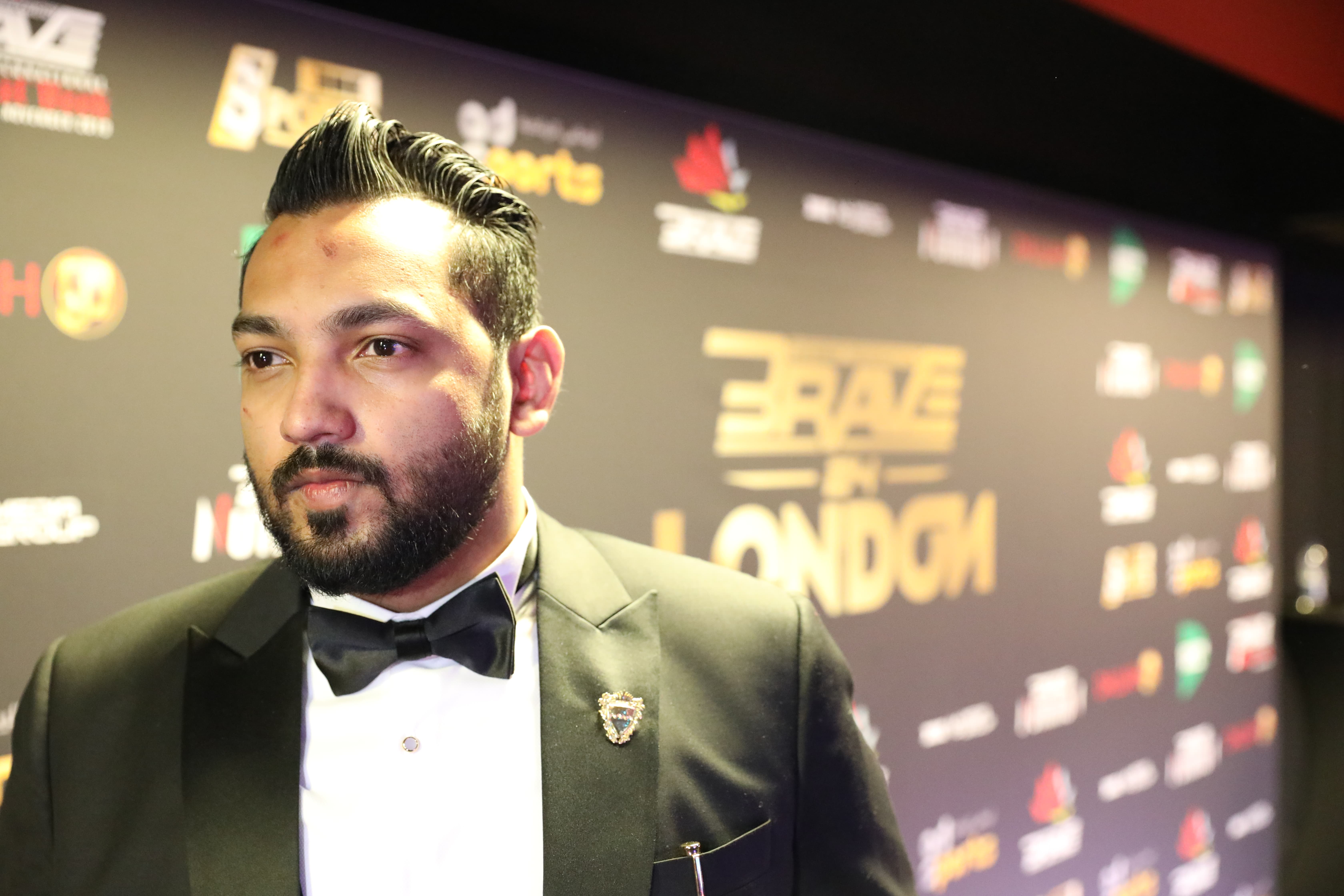 Last Thursday, BRAVE Combat Federation was able to put together, under one roof, the highest level of VIP personalities. Government officials, celebrities, singers, businessmen, and movie stars gathered at the Copper Box Arena, in London, to watch BRAVE 24 take place in a night that connected mixed martial arts to a new crowd, that left the building familiarized with the sport and wanting more.
BRAVE CF president Mohammed Shahid described the night as “unbelievable”, and a “massive success”, and said His Highness Shaikh Khalid bin Hamad Al Khalifa’s vision for MMA was becoming a reality in front of the world’s eyes.
“Unbelievable. We’ve had government officials from around the world, celebrities, singers, movie stars. All of them under one roof. This is something London has never seen before. His Highness has said and it is true. We are going to change the landscape of MMA on a global level. This is something the sport and Europe have never seen before. This is not only good for BRAVE Combat Federation, it will benefit the entire sport. His Highness Shaikh Khalid has put this show on a platform to make sure that the sport is never looked at the same again. Everything will be different from now on”, guaranteed Shahid.
A former fighter and a huge fan of MMA, Mohammed Shahid also praised the action inside the BRAVE Arena, which delivered four stoppages (three knockouts and one submission) in seven fights.
“We are super happy with the event altogether. We’ve had great fights too, right? Several KO victories, so it’s unbelievable to see all the VVIP’s, all the crowd enjoying mixed martial arts action. A massive success”.
BRAVE 24: London was headlined by a TKO victory for Bubba Jenkins, who dismantled Lucas “Mineiro” Martins in the first round and maintained his Featherweight world title. Elsewhere, there were victories for Maciej Gierszewski, who knocked out Cian Cowley; and Cameron Else, as the Englishman finished previously undefeated Aidan James in the first round.