Brave signs exclusive broadcast deal with TV5 in the Philippines 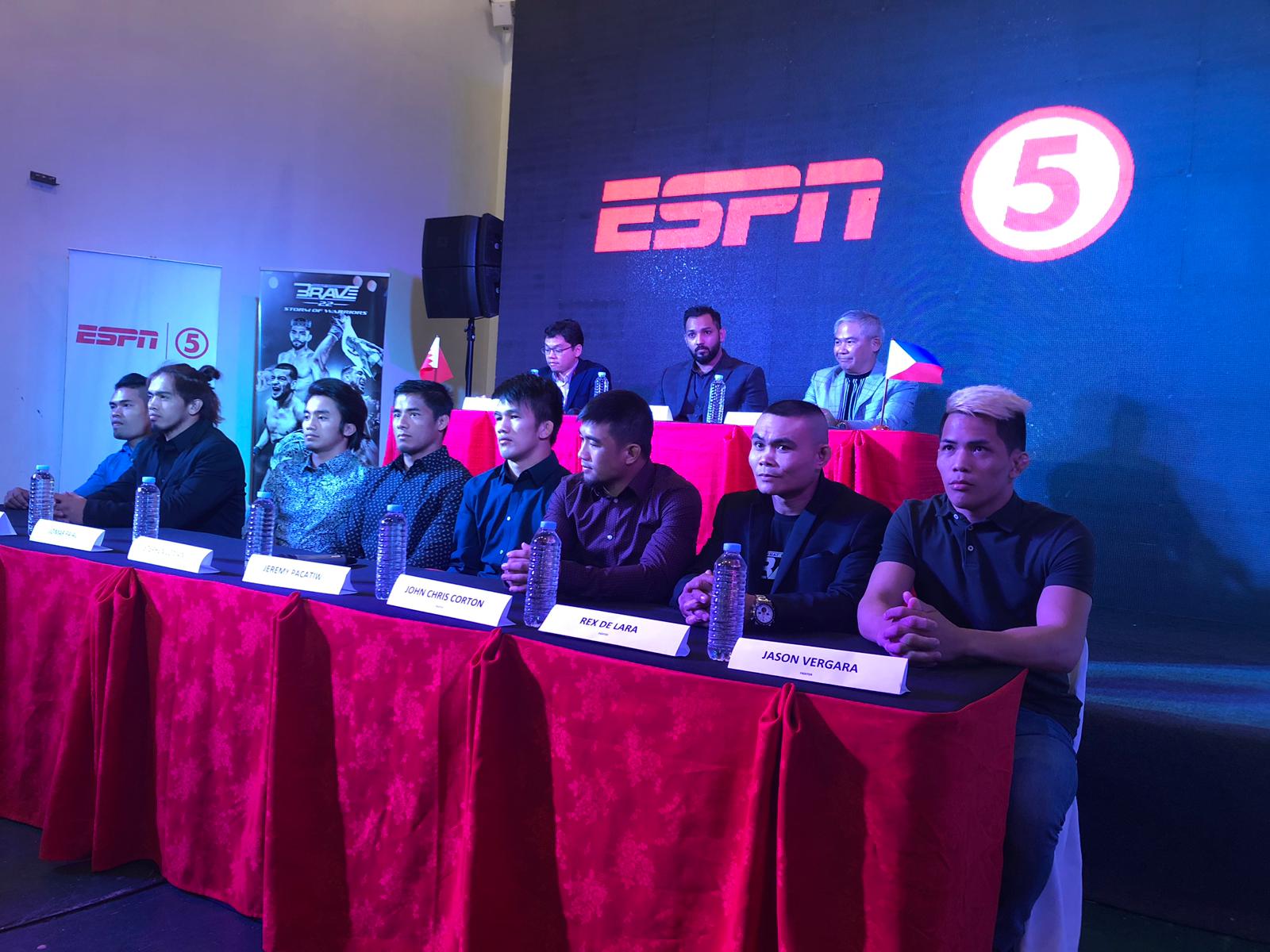 Brave CF, the biggest MMA promotion in the Middle East, based in the Kingdom of Bahrain, announced the signing of an exclusive broadcast deal with TV5 in the Philippines, prior to its first event in the country, Brave 22, in March. The announcement was made in a press conference, which took place in Manila this week.
Property of MediaQuest Holdings and founded in 1960, TV5 is the flagship broadcaster in the country and home of ESPN5, the Filipino version of the “worldwide leader in sports”. TV5 will join Abu Dhabi Sports, the official broadcaster of Brave CF, and the Brazilian conglomerate Globo, among others, as one of the official homes of Brave in broadcast television.
Brave CF president Mohammed Shahid celebrated the partnership. “We are excited to confirm this news. Having TV5 and ESPN5 are the official broadcasting partners of Brave Combat Federation in the Philippines is a major step to cement both brands presence in the market and bring the sport of Mixed Martial Arts and the country of Philippines its worthy value”, he stated.
Brave CF debut on TV5 will be the inaugural Filipino card of the Bahrain-based promotion, scheduled for March 15, in Manila. The event, set for the Mall of Asia Arena, will be headlined by the local superstar Stephen “The Sniper” Loman, who will defend his bantamweight world title against the former featherweight champion Elias “Smile” Boudegzdame. The event will also count with international athletes from 10 different countries and a legion of Filipino fighters representing their home country.