BRAVE TV to broadcast return to Brazil live and free 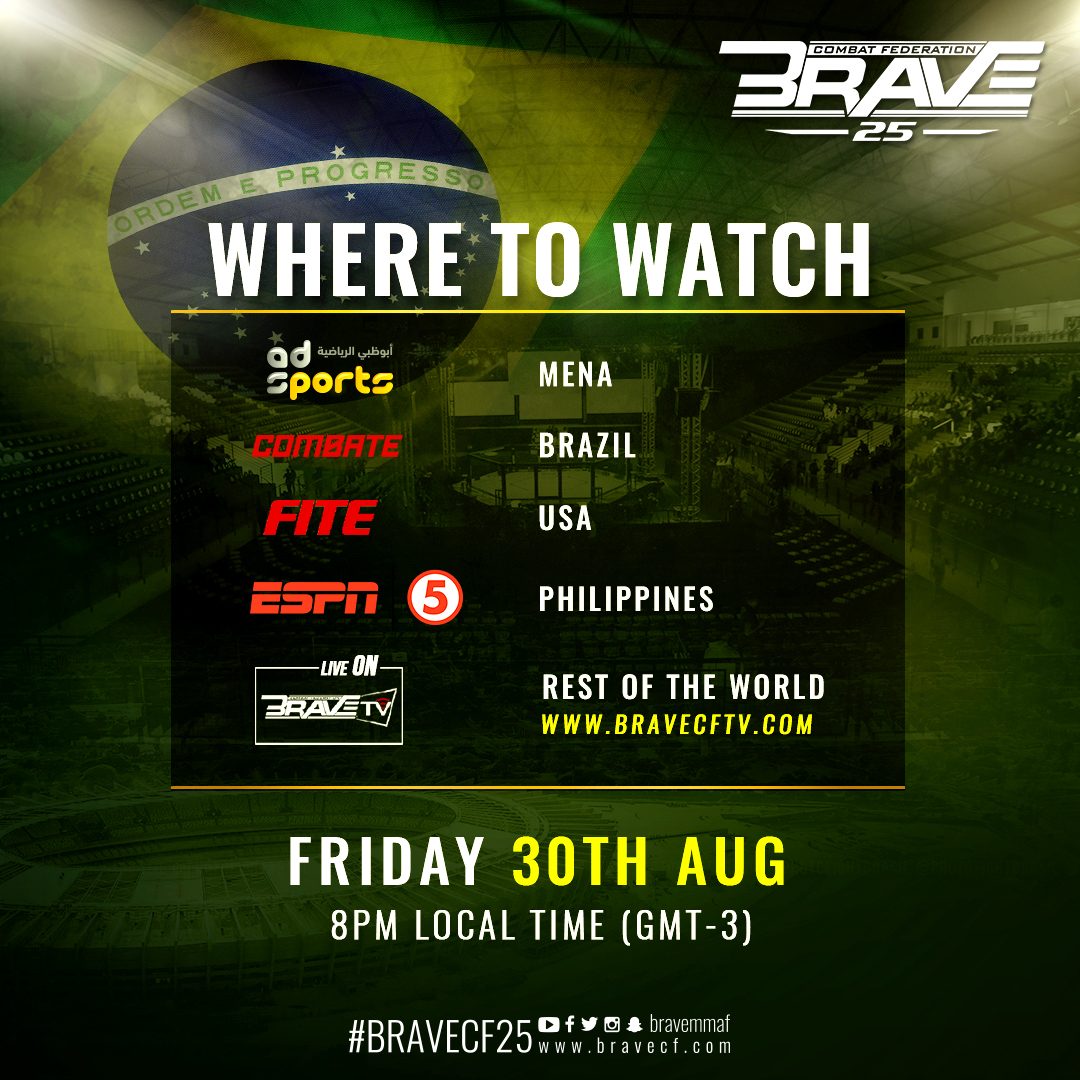 BRAVE 25 goes down tonight in beautiful Belo Horizonte, Brazil, with a main event for the ages, as reigning BRAVE CF world Lightweight champion Luan “Miau” Santiago defends his crown against top contender Cleiton “Predator” Silva in what has been described as one of Brazilian MMA’s fiercest rivalries.

BRAVE CF fans interested in watching this epic match-up plus other nine explosive bouts which will set Brazil’s MMA scene alight can go to BRAVE CF TV to watch the show for free. You can sign in by going to bravecftv.com.

However, fans from MENA region (Middle East and North Africa), United States, Brazil, and the Philippines will be able to watch BRAVE 25 only through other channels. In the MENA region, Abu Dhabi Sports 4 will showcase the event, while ESPN5 broadcasts the fights in the Philippines, FiteTV for the American fans, and Combate channel for Brazil.
BRAVE 25 will mark the fourth time the fastest-growing MMA promotion in the world hosts an event in Brazil. In less than three years BRAVE Combat Federation has been able to develop Brazilian talent like no other promotion as well as showcasing the best of Brazil’s MMA scene on an international platform.