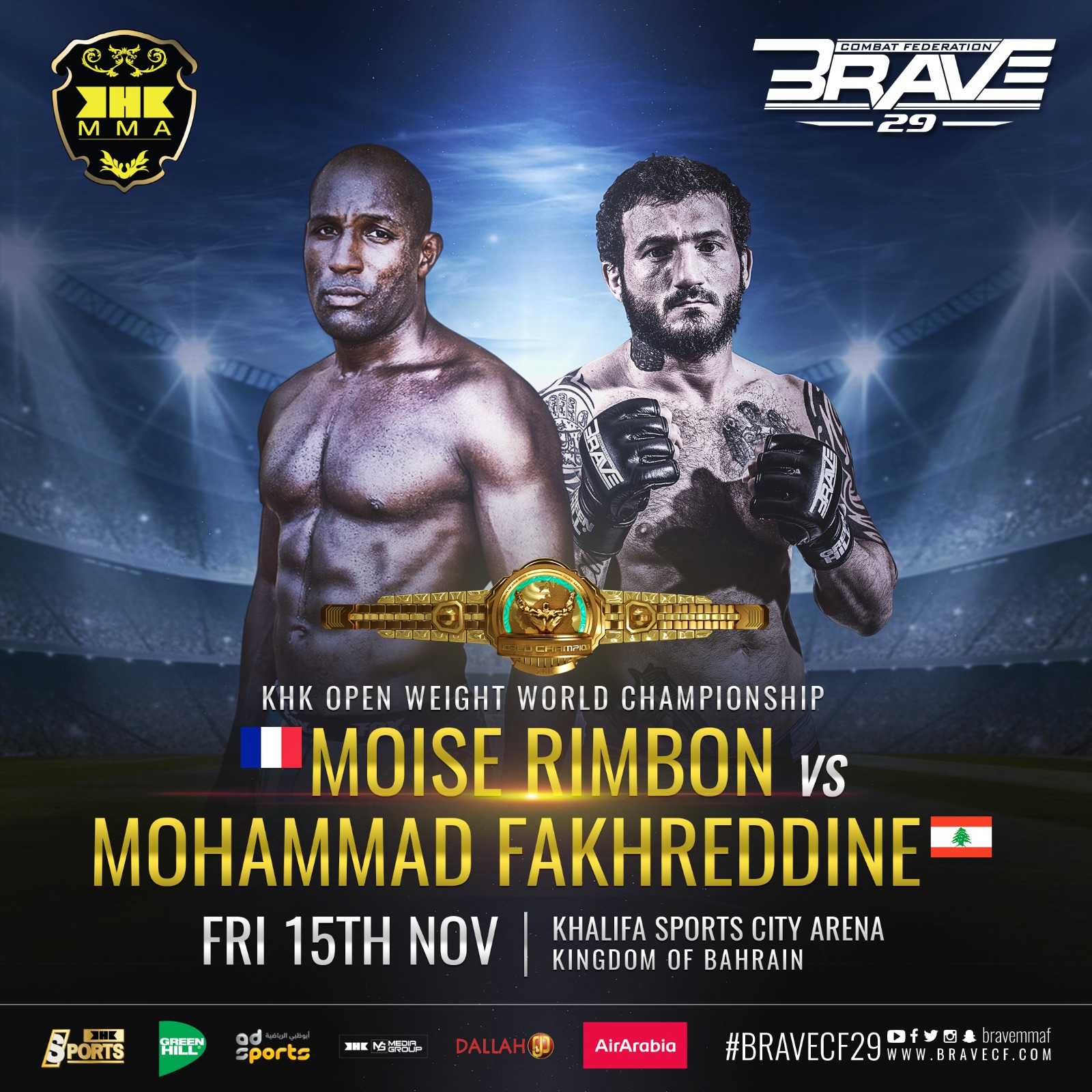 One man’s injury is another man’s fortune. The adapted saying can describe the feeling of Mohammad Fakhreddine, who will be able to compete at the first-ever KHK World Championship, thanks to an unfortunate injury suffered by Malik Merad during training. “The Latest”, which was originally a stand-by in the competition, will now face Moise Rimbon in the semifinals of the tournament, which takes place in Bahrain, on November 15th, during BRAVE CF 29.
Mohammad Fakhreddine is the only BRAVE CF fighter in the competition and is fresh off a 40-second destruction of Christofer Silva at BRAVE CF 27. The quick win, which snapped Silva’s fibula, was the first at Middleweight for Fakhreddine with BRAVE CF and gave him a huge boost towards the divisional title.
However, on November 15th, he will chase a different kind of gold – 6.2 kg of it, to be exact. He will be in the running to become the first-ever KHK World Champion, winning a US$100,000 check, plus the right to be called the provisional holder of the KHK belt, adorned with 6.2 kg of gold.

The one-night, four-men, open weight tournament will also feature kickboxer Guto Inocente, from Brazil, and sambo stand-out Azamat Murzakanov, who face each other in the second semifinal, right after Fakhreddine and Rimbon battle it out for a place in the final, which will serve as the main event of BRAVE CF 29, alongside a Flyweight title bout between top contenders Jose Torres and Marcel Adur.