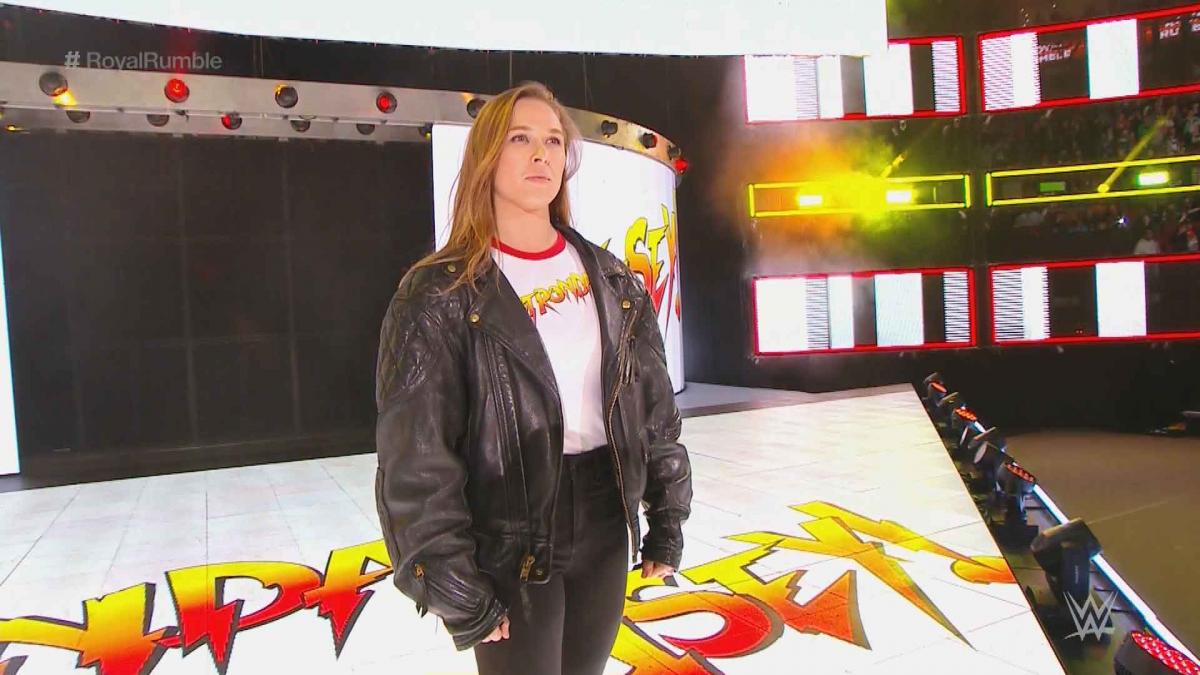 The rumour of the former UFC Champion entering the inaugural Women’s Royal Rumble were shattered when WWE Hall of Famer Trish Stratus became the last entrant into the  Rumble match and hopes of the MMA star entering the WWE was gone.

Rising Japanese star Asuka won the match becoming the sole survivor. And it was time for her two decide which champion she would be facing at WrestleMania. As both the Raw Women’s Champion Alexa Bliss and SmackDown’s Women’s Champion Charlotte Flair entered the ring to face their possible opponent, a new theme song had hit the arena which was never heard before.

It was Ronda Rousey!

(VIDEO) Here's the moment former UFC bantamweight champion Ronda Rousey walked out at the #RoyalRumble to close the show. pic.twitter.com/rOffQDQ3DO

Rousey had denied her participation at the Rumble match prior to the event but she never said she wasn’t going to be there. Rowdy made her way to the ring at the disbelief of the three stars standing in the ring. She entered the ring and looked at the two champions and Asuka, and in a dramatic fashion pointed out to the WrestleMania sign indicating that she would fight one of them.

Everyone's eyes are on #WrestleMania 34…

She then looked at Flair and as expected it appeared for a second that she would challenge Flair for a match at the grandest stage, but then turned to Asuku and extended her hand to shake it. The Japanese star slapped Rousey’s hand away.

The former UFC Bantamweight Champion then pointed again at the WrestleMania sign as she left the ring to meet Stephanie McMahon who she collided with at WrestleMania 31 back in 2015. Rousey extended her hand, and McMahon who was in disbelief shook it hesitantly in a business manner.

Being a fan of late WWE Hall of Famer Rowdy Roddy Piper, Rousey wore his jacket and had her logo on the titantron at the entrance ramp was similar to Piper’s who she idolizes. It’s now official that she has signed a deal with the WWE and could make her in-ring debut at WrestleMania 34.

It has been rumored on social media that her possible opponent could be the daughter of sixteen times WWE World Champion Ric Flair’s daughter Charlotte Flair. The WWE has already hinted this as the camera zoomed closer to Flair’s face who was standing behind Rousey when she was pointing at the WrestleMania sign.