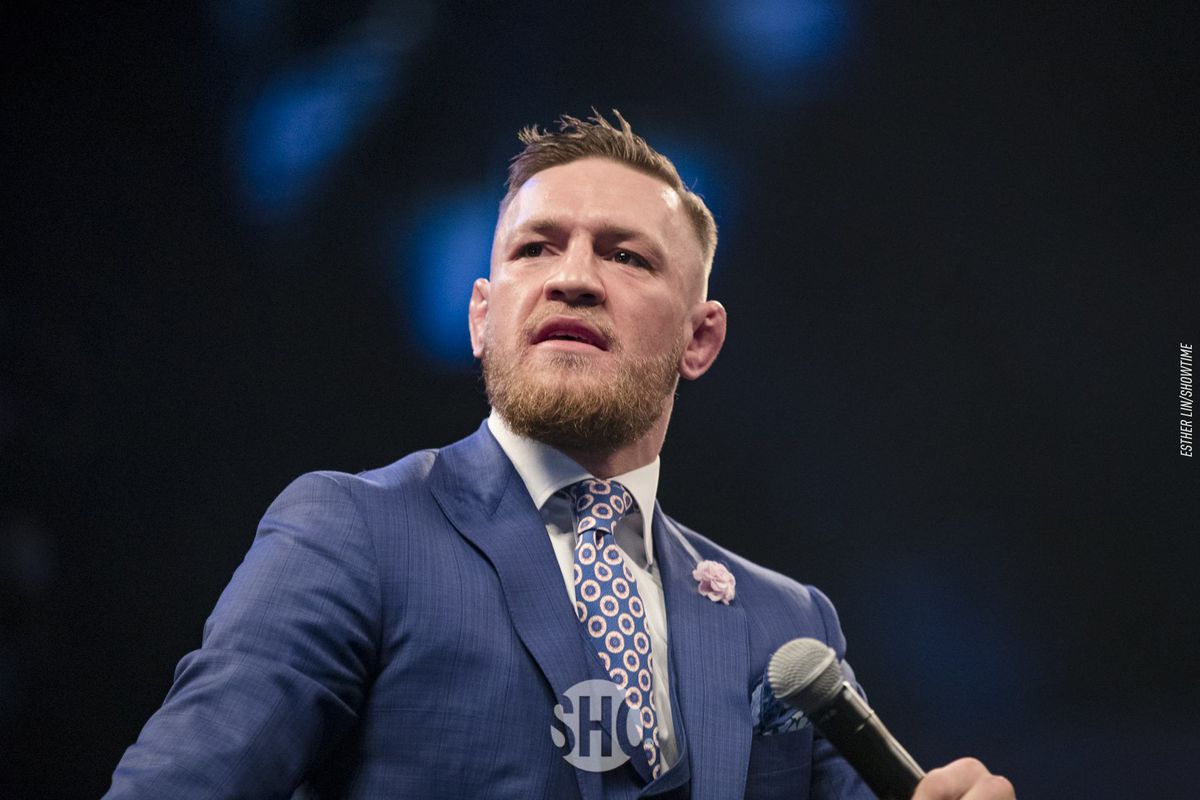 Conor McGregor turned himself into New York police hours after he and others attacked a bus filled with UFC 223 fighters at Barclays Center in Brooklyn on Thursday, a police spokesman said. McGregor, who was labeled a person of interest earlier in the day, has not immediately been charged with any crimes and New York police spokesperson George Tsourovakas said the investigation is ongoing. 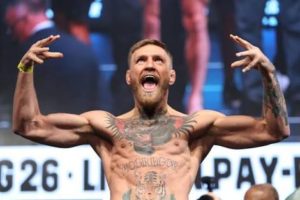 McGregor crashed a press conference earlier Thursday at Barclays Center. A video showed him with a group of people causing chaos as they took an elevator to the loading dock at the arena. He can be seen tossing trash cans and being prevented from throwing a barricade at a bus during his unannounced appearance in New York.

McGregor hasn’t fought for UFC since November 2016 and was stripped this week by UFC President Dana White of the 155-pound championship he had never defended. White also said this week he did not expect McGregor to attend Saturday’s UFC 223 card.McGregor profanely responded on Twitter and wrote, “You’ll strip me of nothing.”

After the scuffle, White said that a warrant was issued for McGregor’s arrest and that his plane would not be allowed to take off. He described the incident as “a really bad career move” and speculated that McGregor would be facing a lawsuit.

UFC released a statement Thursday night saying,”UFC is working very closely with the New York State Athletic Commission, and law enforcement authorities Barclays center security. All parties are working together to ensure the highest standard of proper safety precautions are implemented to protect the fans and athletes.

The organization deems today’s disruption completely unacceptable and is currently working on the consequences that will follow. Immediately, Lobov has been removed from this weekend’s card and individuals involved in the incident are not welcome at tomorrow’s ceremonial weigh-in or Saturday’s event at Barclays Center.”

MMA Fighting reporter Ariel Helwani is on the ground, outside the NYPD precinct and has been updating us on the situation. He claims that McGregor turned himself in and that there is yet no visual of him.

Related: I’ve been standing outside that precinct for 4 hours now but they secretly brought him in through a side door. No one saw him go inside.

Here’s a photo of the 78th precinct. McGregor is inside. pic.twitter.com/dKZkNE35ps

Watch this space for more updates!

Previous articleUFC 223: Colby Covington vows to bring in ‘fugitive’ Conor Mcgregor himself
Next articleUFC 223 Khabib vs. Al Iaquinta : 4 Fights to Watch For