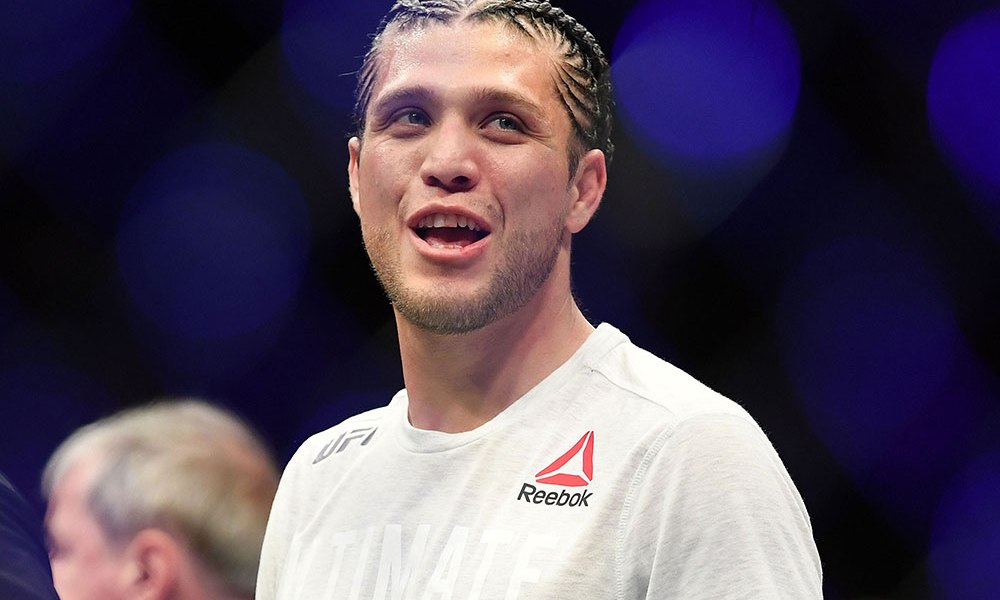 After the first professional fight loss to Max Holloway, Brian Ortega seems to be in the recovery mode.
Max Holloway outshined him and the injuries were so bad ( broken nose and a broken thumb) that the fight ended on a doctor’s stoppage. After that Ortega was given a six-month medical ban before he can compete in the UFC again.
Rener Gracie who has been Brian’s coach since Ortega was in his teenage (13 years old) told the media the Ortega was devastated by the loss and also apologized for losing.
Rener Gracie said the apology was completely unnecessary and Ortega did the best he could do.
The whole recovery process seems to be going well as being an active social network user, Ortega keeps his fans updated with what he is doing.
In his latest tweet, Brian ‘T- City’ Ortega revealed why he is a professional fighter. He tweeted,

“Always reminding myself that the reason that I’m doing this, is to make my life better.“

Always reminding myself that the reason that I’m doing this, is to make my life better. pic.twitter.com/KD1WorCQfm
— Brian Ortega (@BrianTcity) January 13, 2019

If you are a fighter, let us know why are you in the fight business.

Previous article
Colby Covington willing to fight Darren Till – under one condition
Next article
UFC: Randy Brown pulled off UFC on ESPN 1+ despite being ‘100% healthy’